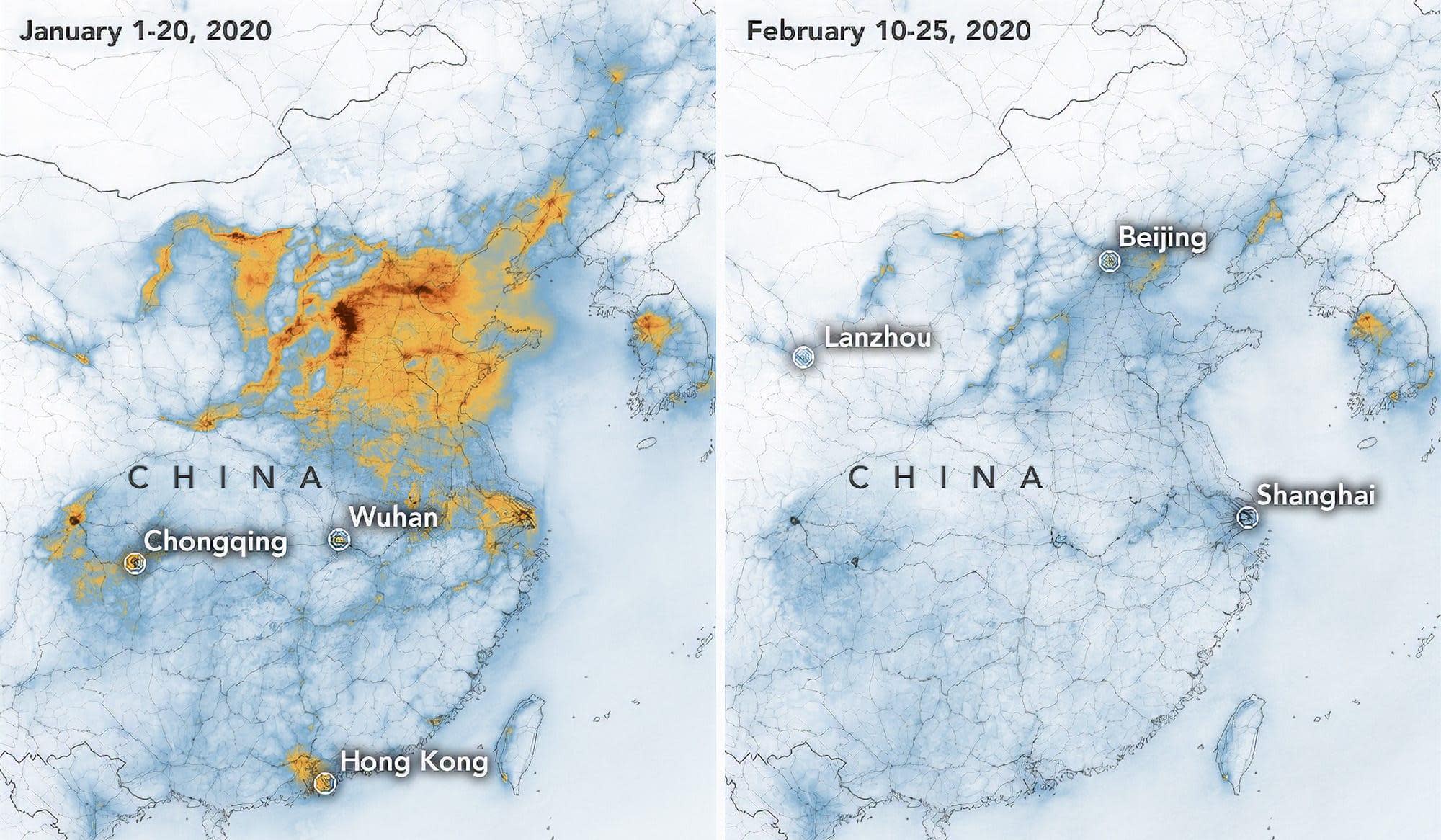 NASA maps show the effect of a quarantine on air pollution 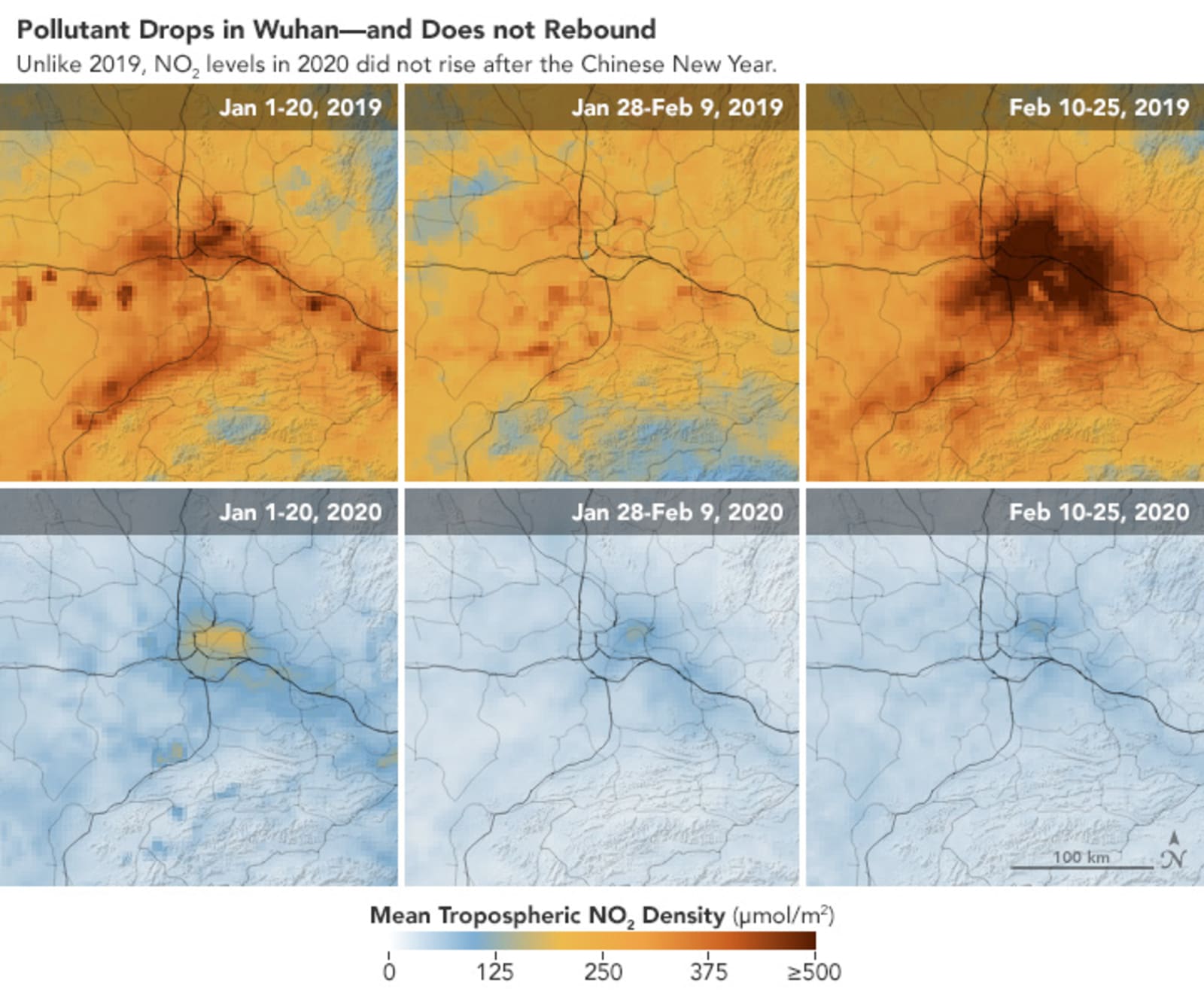