It's hard to believe that a new Half-Life game is actually here. Half-Life: Alyx is everything I've ever wanted from a flagship VR game. It takes full advantage of the immersiveness of virtual reality, and while it might not be the sequel many gamers have been waiting for, it's still an important move for Valve. It's not treating VR like a special mode bolted on top of another game, like Resident Evil 7 or Fallout 4. After years of investing in the medium, Valve has proved it's possible to make a lengthy, big-budget title that will actually get gamers excited and maybe even convince them to buy pricey headsets en masse.

[Check out the full interview above on the Engadget Podcast! Subscribe to the show on iTunes and Spotify.]

Dario Casali, a level designer at Valve, told Engadget that "[Half-Life: Alyx] started out as an exploration of VR rather than saying we're going to just work with Half-Life IP. After we shipped The Lab [a series of small VR experiences] and we were working on the Vive, we decided we were going to push into the VR space a little harder. And with the hardware we were developing, we wanted a big software app that would push the hardware along."

Surprisingly, Casali said the company didn't immediately jump to Half-Life as the ideal series to bring to VR. Portal also seemed like a good fit, especially since The Lab takes place within its universe. But the teleportation mechanics would have been difficult to bring into VR without making players queasy. Valve also excluded multiplayer games right off the bat, since there weren't nearly enough VR owners to make that worthwhile. Then the company built a 20-minute VR demo using assets from Half-Life 2, and everything clicked.

"With that demo, we realized that the Half-Life mechanics translated pretty well to VR, and in many cases they became even more compelling than we remembered," Casali said. "So based on the strength of that demo, and the interest that that revived in the company -- because everybody's very fond of Half-Life at Valve -- it wasn't a difficult sell."

As a series that's practically synonymous with gaming innovation, it also made plenty of sense for Valve to use Half-Life as its lens for exploring VR. The first title was a landmark achievement in unstructured narrative while Half-Life 2 and its episodes focused on physics and lighting in bold new ways. But after exploring ways to follow up on the cliffhanger ending of Half-Life 2: Episode 2, Valve simply chose to do... nothing. As co-founder Gabe Newell told IGN, the company didn't want to spit out another sequel to increase quarterly sales figures. But VR? Now, that's an interesting challenge.

Half-Life: Alyx builds atop the VR gameplay innovation we've seen from Valve and other developers over the past four years. But for it to truly stand out, it had to bring something new to the table. Enter the gravity gloves, which let you reach out and grab small objects in the environment. You just point your finger, flick your wrist and catch the item as it's flying toward you. It's a bit complex at first, but several hours into the game it practically becomes second nature. 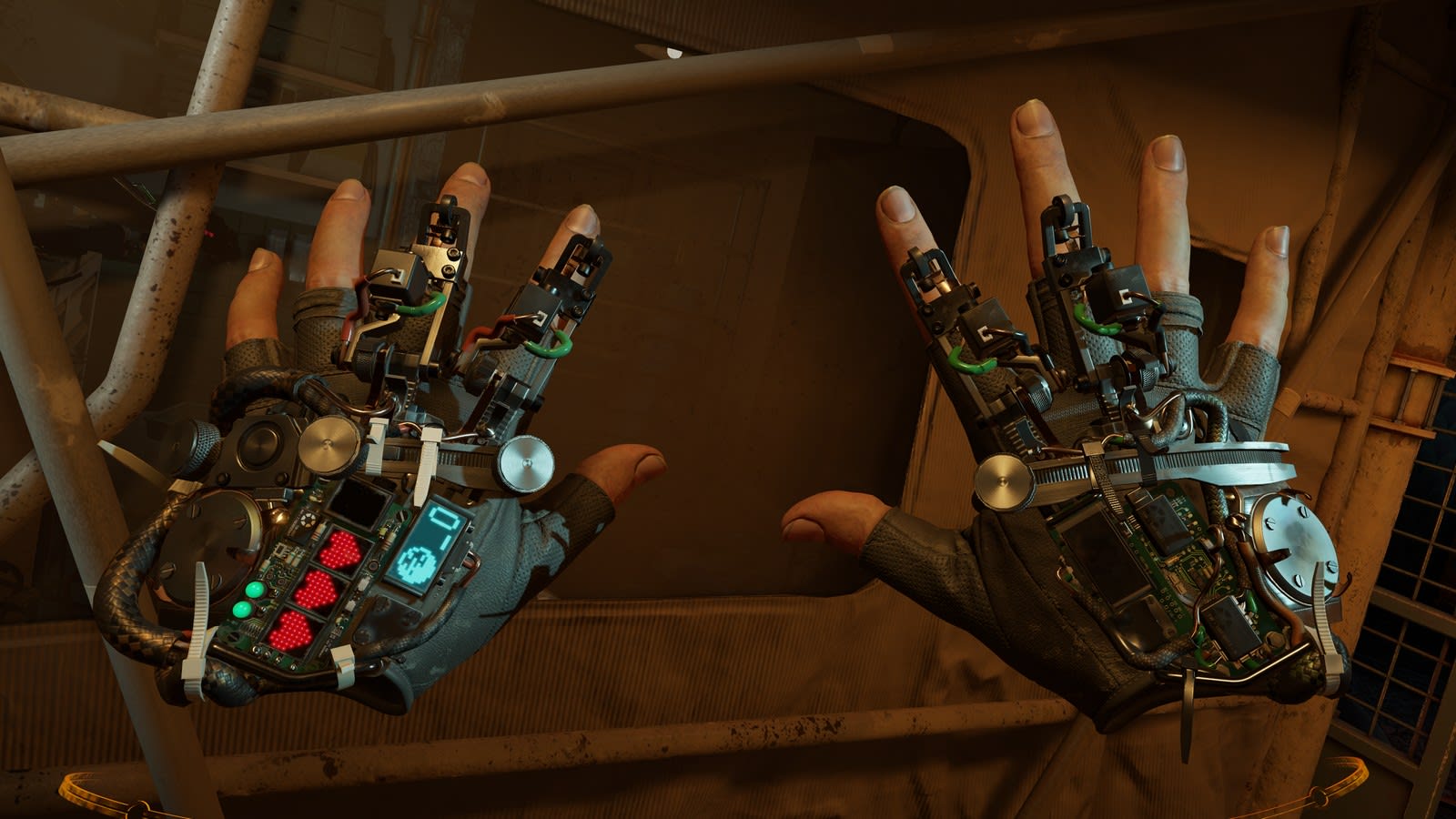 "We felt that the gravity gun was such an iconic part of Half-Life 2... we're definitely exploring everything from the franchise to see how it works in VR," said Valve developer Kerry Davis. "And one of the first things we discovered is being able to get to an object from a distance, without having to always go right up to it, is great in VR, because movement is sort of one of the highest friction areas of the experience. And it was a mix of saying, 'Oh, we have this sort of gravity gun feel,' and 'we have a really great mechanic that makes it easier to play a game in VR.'"

Valve didn't want to make the gravity gloves a separate weapon like the gravity gun, according to Davis. Instead, the company wanted you to always have them on, so you could use them naturally. In that same vein, the Alyx team also avoided adding any buttons or switches to make the gloves work, as that's the "least VR thing you can do."

"It's fun watching people play the game," Davis said. "They start off and they work at it, and they're clearly thinking about it as they perform the action. But then pretty quickly as they play, it becomes more and more second nature. And before they know it, they're not even thinking about the fact that they're pulling objects to them. They're just doing it because that's what you do as you move through this world. And so it's really satisfying to see it become a natural extension of your physical movements."

There's plenty of behind-the-scenes magic in Half-Life: Alyx that smooths out every interaction you have in the game, according to Davis. When using the gravity gloves, objects come toward you in a smooth arc so they're easy to catch. If you're reaching toward an important item like ammo, the game anticipates that you want to pick it up. Even opening and closing doors was a unique challenge. In the real world, it's easy to tell if you need to push or pull -- but you don't get that feedback in VR. So the Alyx team came up with a simple solution: Let doors open both ways. The usability for the player -- successfully getting through a barrier -- is more important than faithfully recreating the actual mechanics of doors. 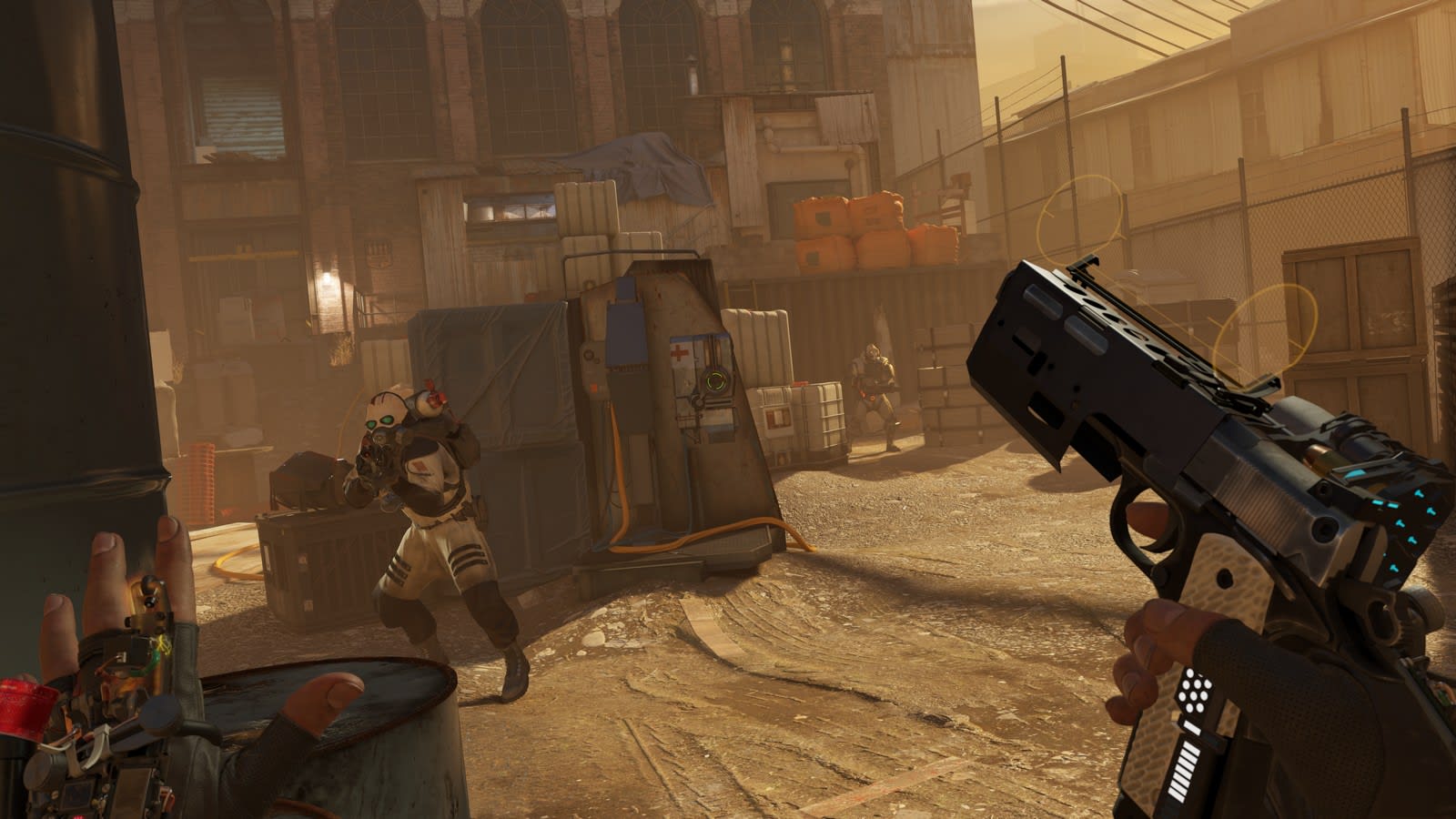 No matter how great Half-Life: Alyx might be (and trust me, it's very good), the vast majority of gamers won't be able to play it. The game demands a decent gaming rig and a VR headset. Thankfully, you don't have to get Valve's $1,000 Index, but even a cheaper Windows Mixed Reality device could be too pricey for many players. The company's insistence on making VR a thing has rightfully made many consumers angry.

"We definitely know that there are roadblocks to a lot of people owning VR hardware at the moment," Casali said. "We still have tethers in some cases and tracking devices [to deal with]. I think that accessibility needs to improve a decent amount before we have very widespread use of the hardware. But we're definitely at that point where we need software to be driving interest in the platform at the same time. And that's what we're trying to do here. ... If a month from now, after somebody who's played Half-Life: Alyx is playing on their console and thinking, 'Boy, I wish this was in VR,' then we've done a good job at driving interest in the platform that way."

All products recommended by Engadget are selected by our editorial team, independent of our parent company. Some of our stories include affiliate links. If you buy something through one of these links, we may earn an affiliate commission. All prices are correct at the time of publishing.
View All Comments
How Valve brought Half-Life to VR