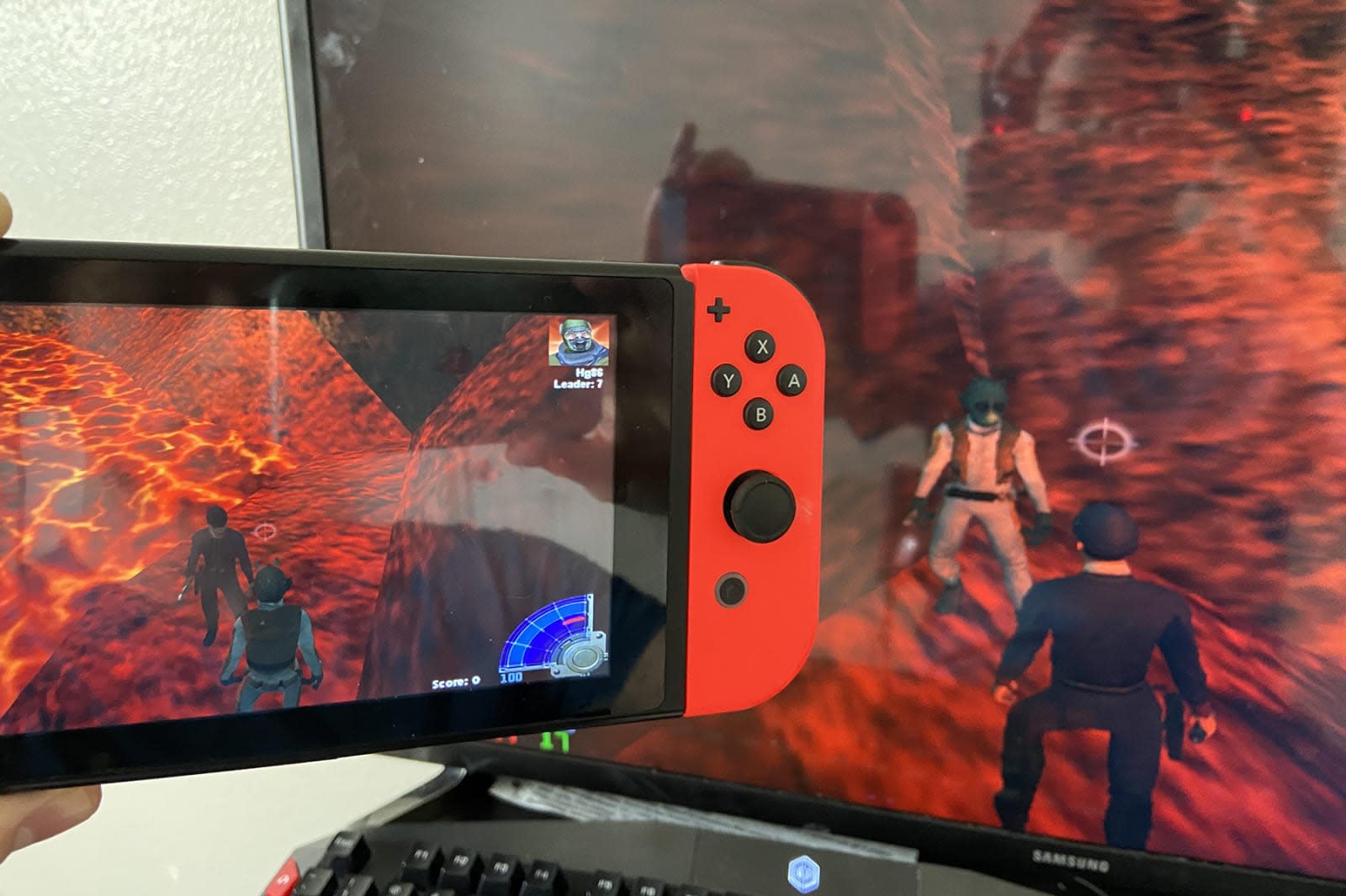 The classic 2003 Star Wars Jedi Knight: Jedi Academy game recently arrived on PS4 and Switch, but console users excited to try it have encountered a formidable enemy. PC players have figured out how to cross-play on consoles, so they're invading online multiplayer games and slaughtering their hapless Jedi opponents.

The issue was brought up by unhappy Switch players like Max Payment. "Apparently all you have to do is take the server IP from a console match, which is clearly visible on console, and enter it in the PC server browser and join," he noted on the ResetEra forums. "I joined a game where one player was absolutely mopping the floor with us and he had .twitchtv in his username. Sure enough, I looked him up and he was playing on PC in a switch server absolutely decimating everyone."

As proof, Payment posted a Twitch video created by a user showing the resulting carnage (above). PC players have been on the game since way back in 2003, so they have gobs of experience along with the benefit of a keyboard and mouse. Suffice to say, Switch users new to the game didn't enjoy being massacred by far more experienced players.

I think we'd all rather you patch out the IP address being displayed, change the IPs, and do all you can from PC players from entering the servers. Please look into it. It's ruining the experience for the new console players.

On top of all that, PC players are apparently cheating and trolling new users. "Dudes with the n-word as their name are joining your switch public lobbies and spamming keybinds with various slurs," one Twitter user told developer Aspyr.

Others have suggested that cross-play remain in the game, but with better control so that console gamers can join PC games in return and keep out trolls or players with 17 years of experience. So far, Aspyr has yet to respond to the issues.

In this article: av, bloodbath, consoles, cross-play, gaming, PC, personal computing, personalcomputing, Star Wars jedi academy
All products recommended by Engadget are selected by our editorial team, independent of our parent company. Some of our stories include affiliate links. If you buy something through one of these links, we may earn an affiliate commission.