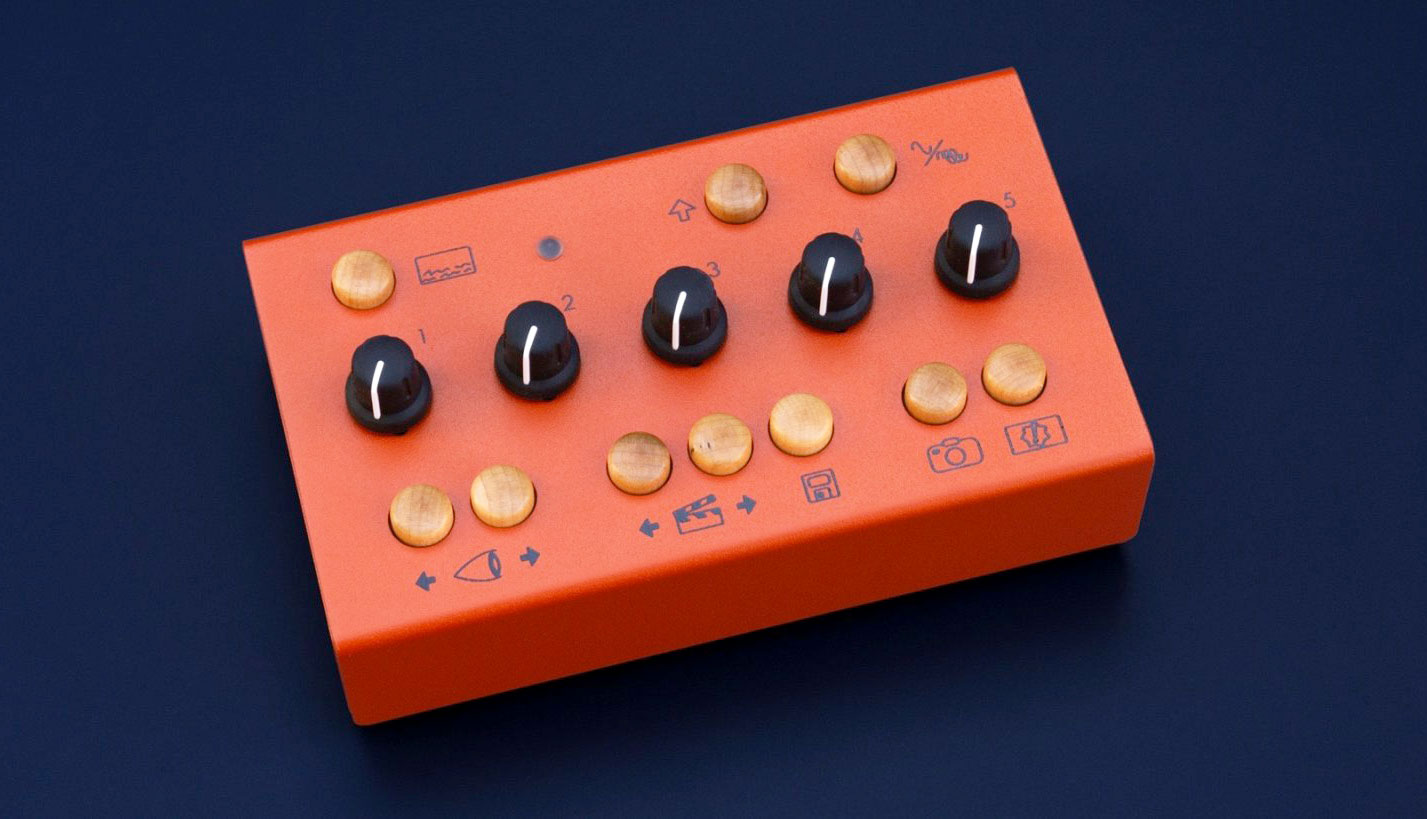 Critter & Guitari gave its Organelle music computer a major upgrade last year. This year, it's turning its attention its line of video synthesizers. The ETC visualizer is being replaced by Eyesy, a Raspberry Pi-powered computer that turns sounds and music into Atari-esque pixelated animations. Like the ETC before it, the Eyesy runs visualization programs called "Modes" written in Python -- a relatively user-friendly language. Basically it's the visual companion to the Organelle. And you can find a library of official and user-created modes hosted on Patchstorage.com.

On the front there are five knobs that allow you to tweak and change various parameters until you get something you like. (And depending on the mode you choose those parameters could be very different.) And once you do, you can save it as a "Scene" (basically a preset) that you can quickly recall next time you're playing a live show or for your next art installation. And, if you don't feel like turning knobs manually, you can connect a MIDI controller or sequencer and trigger changes that way.

In addition to simply displaying a responsive animation, Eyesy has a persist button that allows your visualizations to pile up into chaotic lo-fi collages. You can even use it to create static pieces of art by quickly capturing screenshots with the press of a button and saving them on the included 8GB MicroSD card.

Just like the Organelle M, the Eyesy has a Raspberry Pi Compute Module 3+ inside, giving it a lot more horsepower than the ETC. In addition, Critter & Guitari added a Composite Video output and a shift button that will expand the number of on the fly controls available to the user. (Though, the company said exactly what those shift functions are may change before shipping in June.)

Lastly, the file manager from the Organelle has made its way over to the Eyesy, making it much easier to download your screenshots and upload new modes.

Right now Critter & Guitari is making the Eyesy available through Kickstarter for $295, but when it reaches retail the price will be $395. And it's worth noting, that Eyesy is almost ready to go. Development is more or less completed, the company says the parts have already been ordered and it shattered its crowdfunding goal in a matter of hours.

In this article: art, av, Critter & Guitari, critter and guitari, etc, eyesy, gadgetry, gadgets, python, video synthesizer, Visualizer, engadget, news, gear, entertainment
All products recommended by Engadget are selected by our editorial team, independent of our parent company. Some of our stories include affiliate links. If you buy something through one of these links, we may earn an affiliate commission.