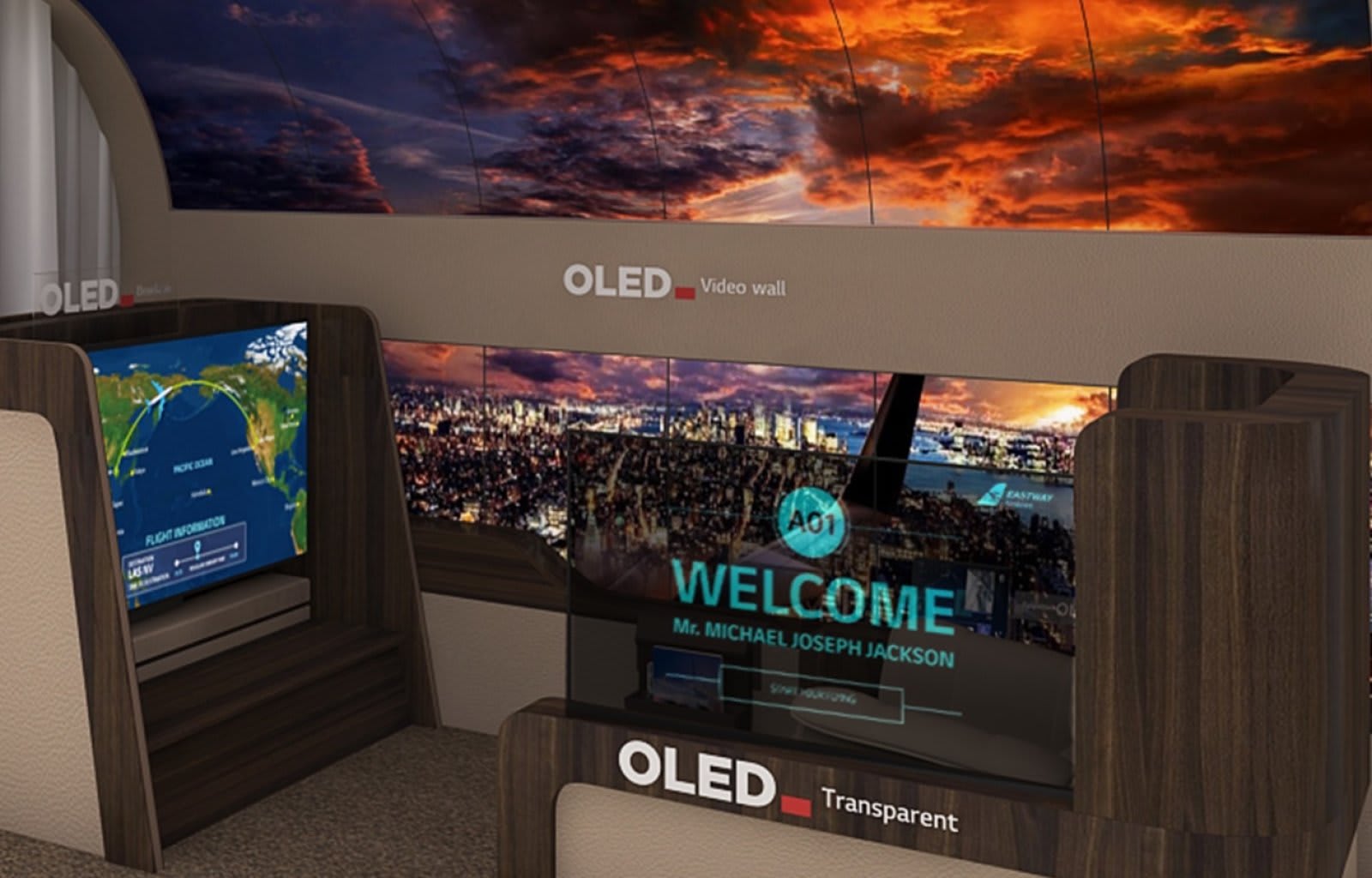 Last year at CES, LG was all about the Signature Series OLED TV R, a 65-inch television that rolls up from a brushed aluminum base -- a device we saw the bare bones of a year early courtesy of its screen-manufacturing arm. At CES 2020, LG Display will unveil the latest iteration of its rollable TV line, a 65-inch, UHD OLED display concept that rolls down from the ceiling (though hopefully not only brushed aluminum ones). The company says the screen "can be pulled down when desired and rolled up when not in use," maximizing space.

This small change wasn't as simple as flipping a roll-up TV upside-down. LG Director of New Product Development Tim Alessi told CNET last January, "The first model of rollable OLED was designed to roll up only. Even if a professional were to figure out a way to hang it from the ceiling, there is no mechanism to re-orient the picture, so it would appear upside down. It's also likely that mounting it from an 8-foot ceiling would result in the panel being too high for comfortable viewing anyway."

There are no specifics yet regarding how LG Display has resolved the ceiling-height issue, but things should become clear at CES 2020 next week. 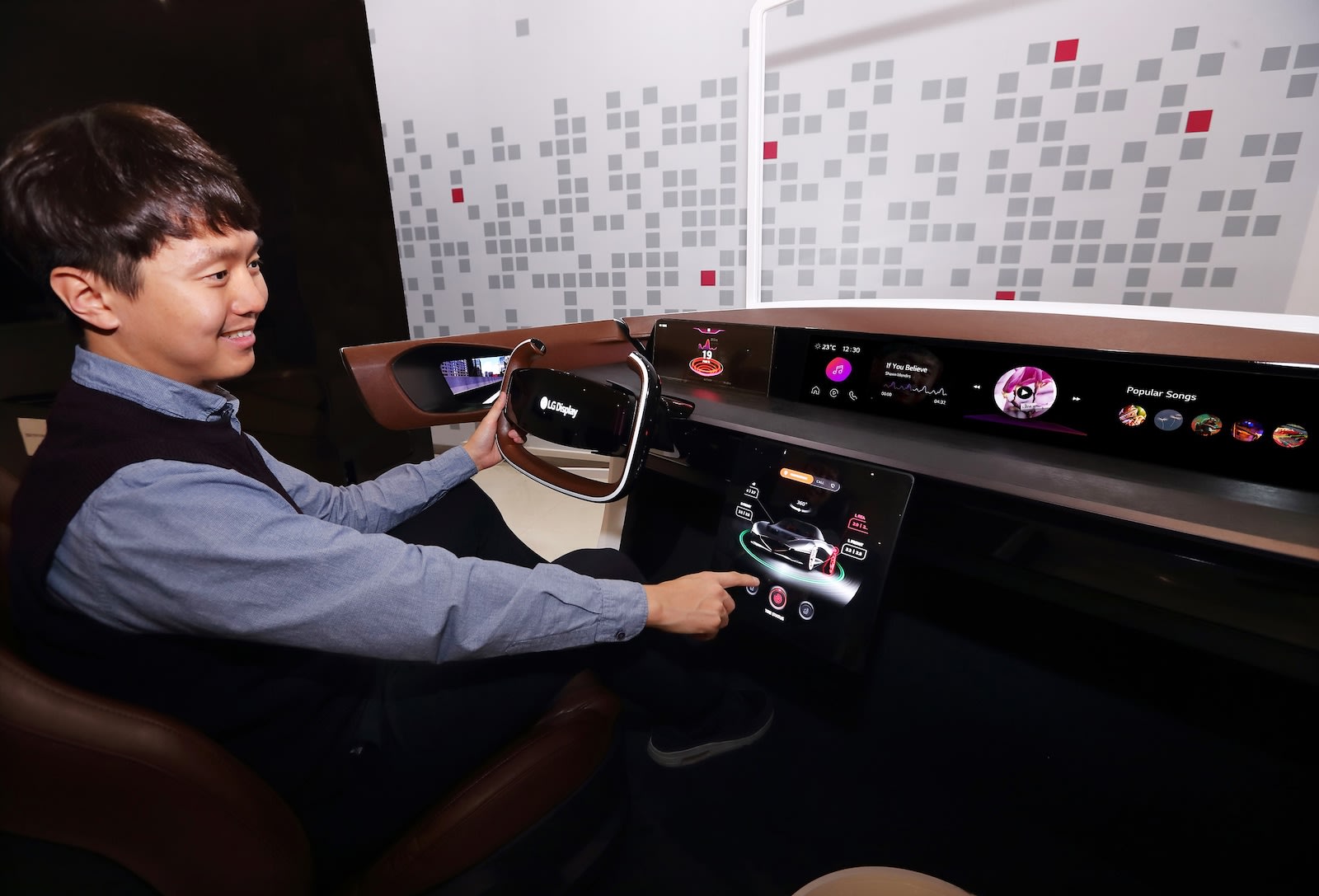 For more grounded consumers, there's the 88-inch 8K Cinematic Sound OLED display with an 11.2 channel system, and the 77-inch UHD Film Cinematic Sound and Wallpaper OLED with a wafer-thin screen. The sound systems are embedded into both of these displays. A 48-inch OLED concept doesn't include speakers, but it does add a new size option to the lineup. In automotive tech, LG will show off its Plastic OLED displays in a variety of sizes. And finally, for commercial spaces, there are LG's interactive in-TOUCH displays, including an 86-inch LCD screen that acts as an electronic whiteboard, with the ability to read four pens simultaneously.

Source: LG Display
In this article: av, ces2020, gadgetry, gadgets, gear, home, lg, LG Display, oled, poled, rollable display
All products recommended by Engadget are selected by our editorial team, independent of our parent company. Some of our stories include affiliate links. If you buy something through one of these links, we may earn an affiliate commission.