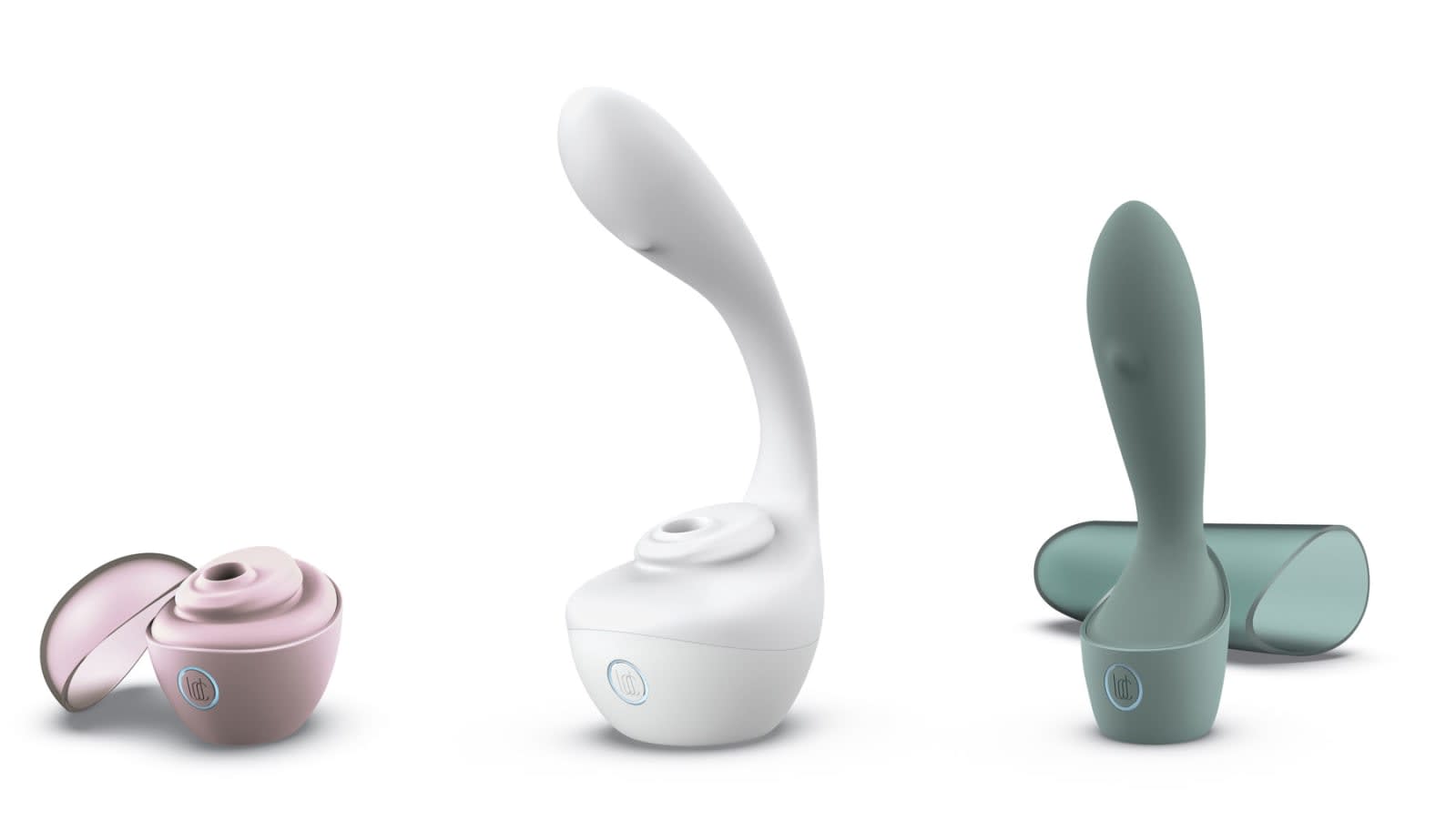 It may have departed CES under a cloud last year, but Lora DiCarlo is returning to the show in 2020 as a star. The company, which won, lost, and won back a robotics award for its sex toy, Osé, has prompted the show's organizers to re-think their stance on sextech. And to celebrate, the company has rocked up in Las Vegas with two new devices to bolster its growing collection of pleasure tools.

For the unfamiliar, Osé is a massager that has a robotic arm to offer a "come hither" gesture, while an air blower simulates oral sex. The two new products, essentially, offer both halves of the Osé package for those folks who want one without the other. First up is Onda (pictured, right), which offers the robotic massager from its immediate predecessor.

Then there's the Baci (pictured, left) which replicates the effects of oral stimulation on the clitoris, blowing warm air for solo or couple's play. According to the company, both products will be available to pre-order at some point in March 2020, but the price is still to be announced. You can expect both to be popular, however, since pre-orders for the Osé totalled more than $1 million in less than five hours.

In this article: Baci, CES, ces2020, gear, Lora DiCarlo, Onda, Ose, sex
All products recommended by Engadget are selected by our editorial team, independent of our parent company. Some of our stories include affiliate links. If you buy something through one of these links, we may earn an affiliate commission.