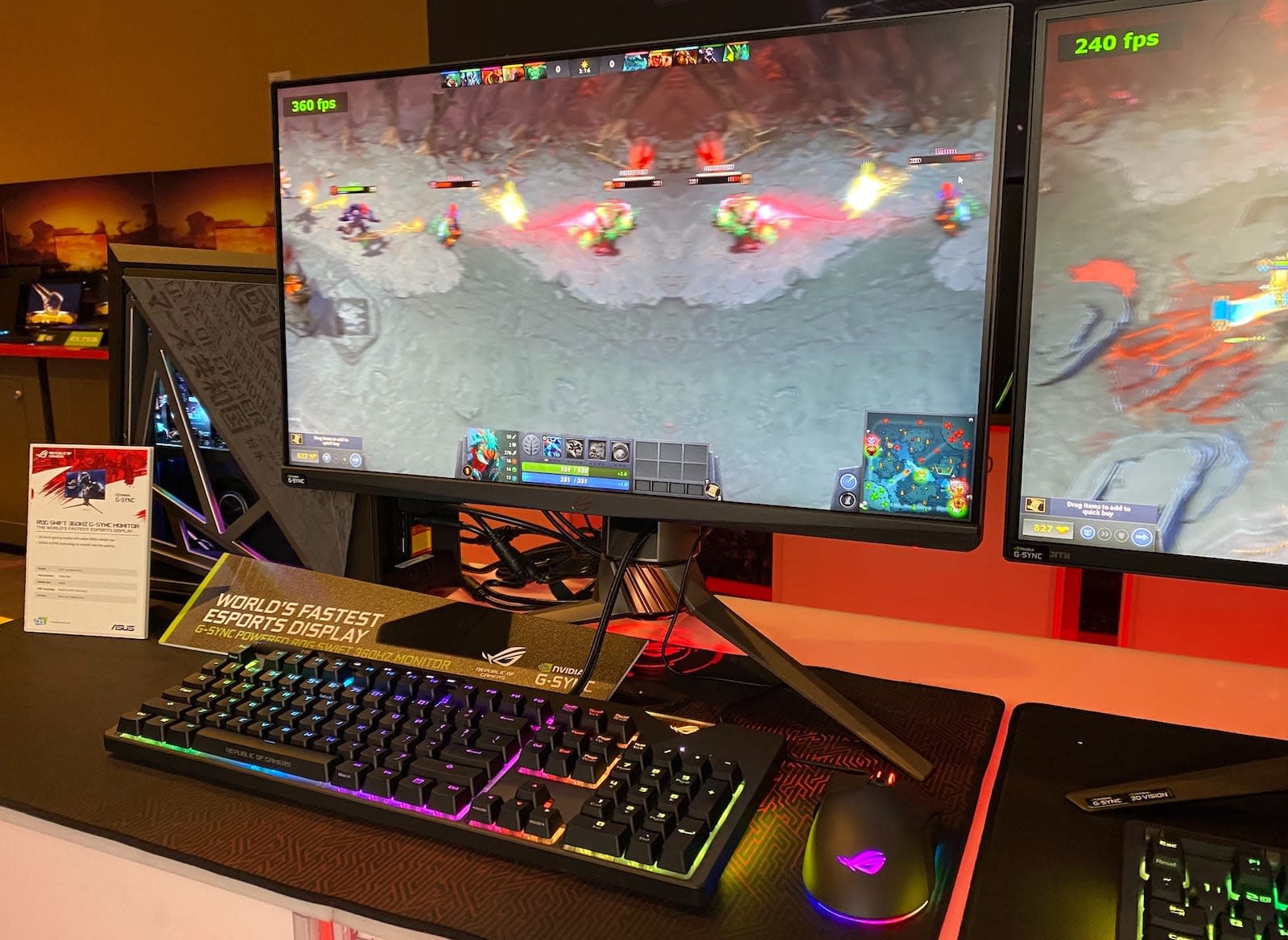 And the hertz just keep on comin'. NVIDIA today unveiled the ASUS ROG Swift 360, a monitor with a 360Hz refresh rate, making it "the world's fastest esports display." The Swift 360 is designed specifically for professional gaming and training -- it's a 24.5-inch, 1080p monitor with a G-Sync processor, which is designed to eliminate screen tearing.

A 360Hz refresh rate means game frames are displayed once every 2.8 milliseconds. With all of this happening under the hood, the Swift 360 supports smoother animations, lower latency and less ghosting than its predecessors, which tend to cap things between 120Hz and 240Hz.

The Swift 360 is the first display to include NVIDIA's 360Hz G-Sync technology, but it surely won't be the last. It'll be available later this year and pricing will be announced around that time.

In this article: 360hz, asus, asus rog swift 360, av, ces2020, display, esports, gaming, gear, monitor, nvidia, personal computing, personalcomputing, video games
All products recommended by Engadget are selected by our editorial team, independent of our parent company. Some of our stories include affiliate links. If you buy something through one of these links, we may earn an affiliate commission.