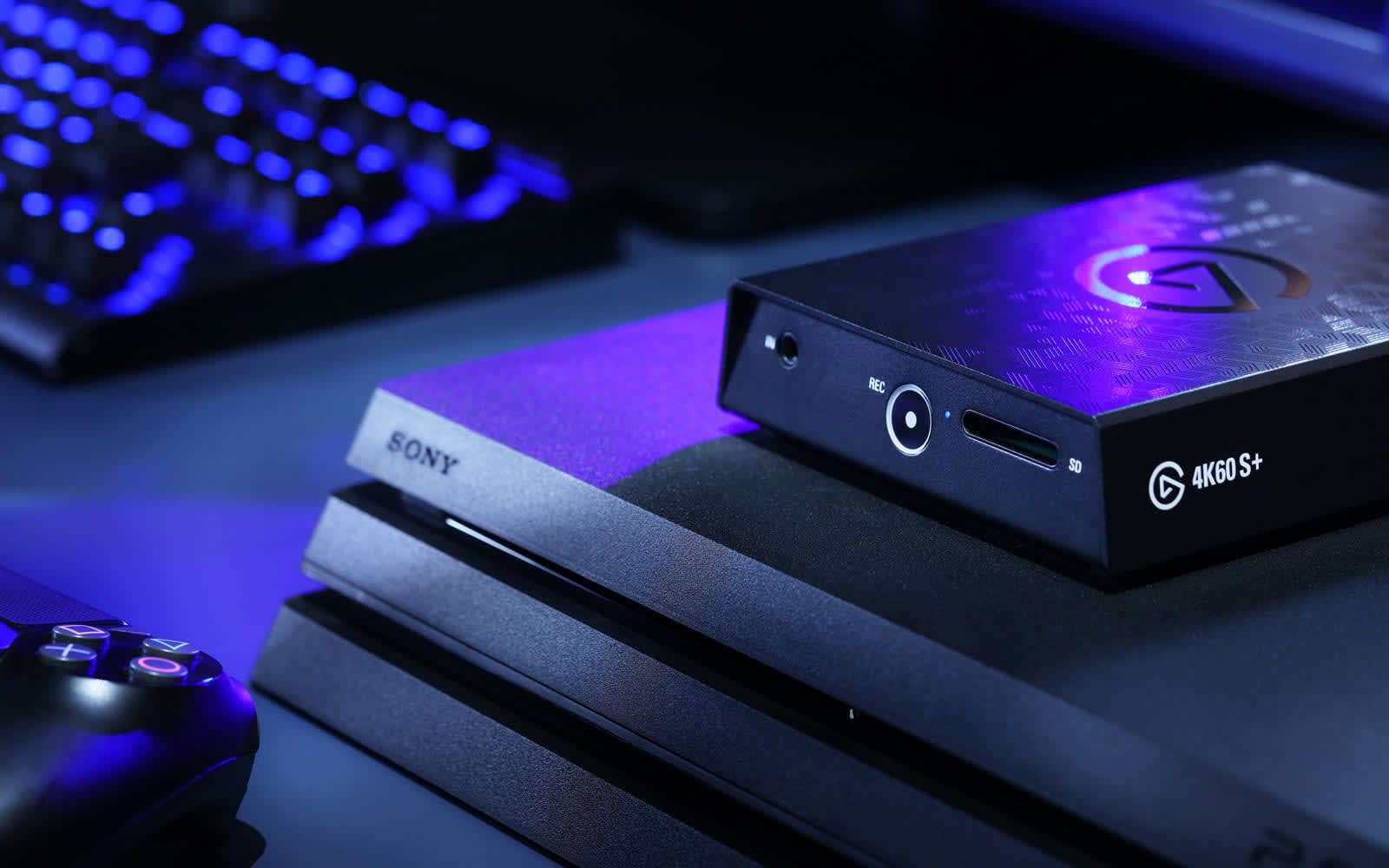 While we're about a year away from the launch of the Xbox Series X and PlayStation 5, Elgato wants streamers to be ready when those consoles come out this holiday season. At CES, the company announced the 4K60 S+, its latest external capture card. The device, which you can buy today, will allow you to record and stream 4K HDR 10 gameplay footage at 60 frames per second (FPS), as well as play any game at its original resolution with 4K 60FPS passthrough.

The 4K60 S+ is more substantial than Elgato's previous external cards, the HD60 S and HD60 S+, and includes an SD card slot so that you can record footage without first connecting the device to a PC. With support for HEVC encoding, running out of space shouldn't be too much of an issue -- as long as you have a decently sized card. That said, if you do end up using a PC to take advantage of a bigger hard drive, you'll also get access to Elgato's software, which has a couple of handy features. For example, one allows you to retroactively capture footage if you forgot to hit the record button, while another lets you record microphone audio through a separate channel.

All that versatility and functionality comes at a cost, however. At $400, the 4K60 S+ is the most expensive capture card Elgato currently offers. You can get much of the same functionality with the company's more affordable 4K60 Pro ($330), but that requires giving up a PCIe slot inside your computer, making it not ideal for every setup. Of course, for streamers who already plan to buy one of the next-generation consoles at launch, $400 is probably a small price to pay to get the best possible streaming experience.

In this article: 4K60 S+, av, capture card, ces2020, Elgato, gadgetry, gadgets, gaming, gear, personal computing, personalcomputing
All products recommended by Engadget are selected by our editorial team, independent of our parent company. Some of our stories include affiliate links. If you buy something through one of these links, we may earn an affiliate commission.