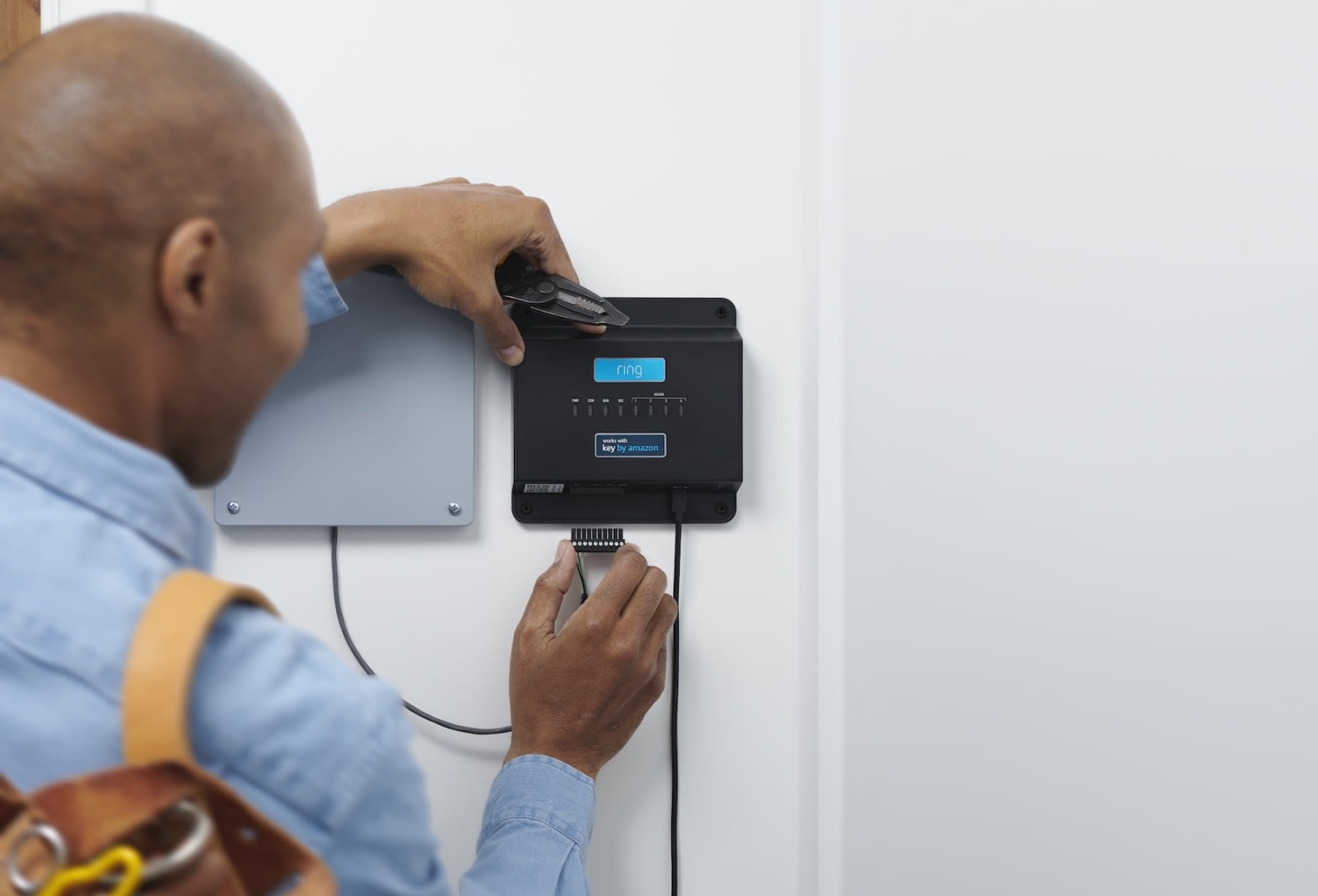 Once you've put a camera on your doorbell, peep hole and in your garden, there's not many more smart devices you need, right? Not so, according to Ring, which has turned up at CES with six products in tow, the most notable of which is the Access Controller Pro. The wall-mounted box will let you pair any electronically controlled access gate with your Ring camera over Ethernet or a cellular connection, letting you control both from inside the Ring app. In addition, being an Amazon-owned company, the system will allow Key by Amazon couriers to drop packages securely inside your yard rather than waiting for you to come and greet them. 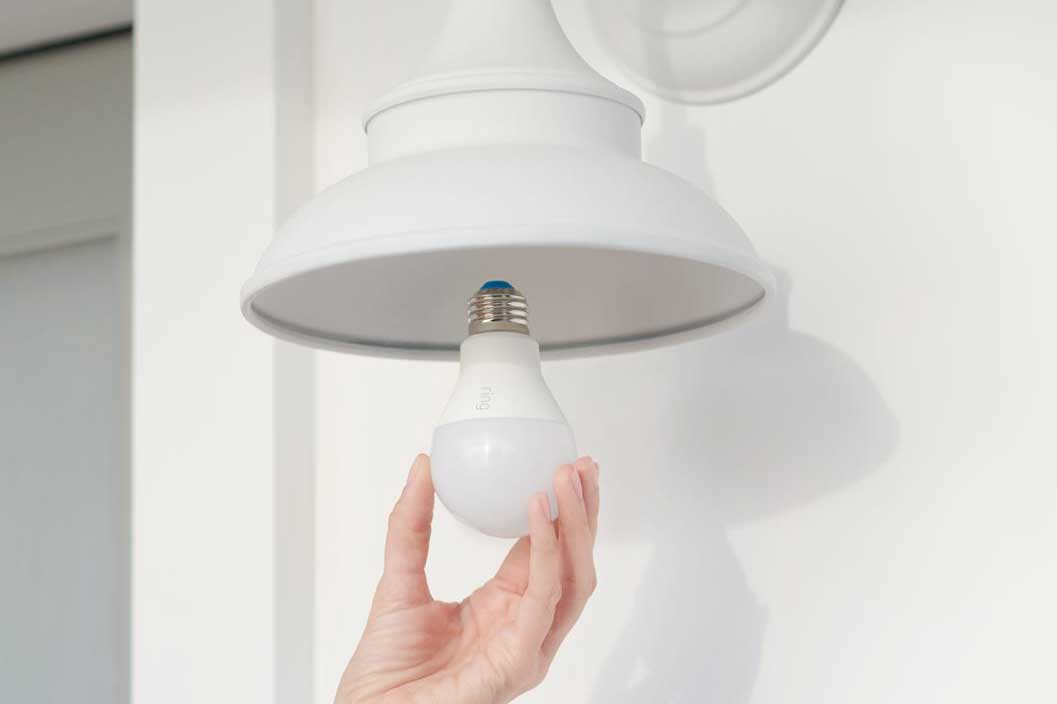 But first, a nod to the elephant in the room. Obviously, one thing that has rocked the company in recent weeks is the wave of press concerning the security of Ring cameras. Not only were the cameras available to local police networks, but the live feeds were found to be very easily hackable by third parties. In response, the company said that the issue was not the insecurity of its own tech, but that credentials taken from other data breaches, was used instead. It advised users not to recycle passwords and also to activate two-factor authentication for their accounts.

In order to restore user trust, Ring has said that it will soon launch a new section of its mobile app, called Control Center. Control Center will allow users to manage which devices can access their feeds and block requests for clips from law enforcement.

As for the rest of the new products, Ring is also muscling in on the smart lighting game with Alexa-enabled LED lightbulbs (pictured), which can be remotely activated via the app. You'll also be able to do the usual, with scheduling, remote activation and brightness adjustment, plus have them all turn on should a camera detect motion. There's no pricing for the bulbs, which will land at Amazon, Ring and Home Depot on April 1st.

Rounding out today's announcements are three new solar lighting products for yards, including a solar floodlight, solar steplight and a solar pathlight. This, naturally, feeds in to the company's purchase of Mr. Beams some time ago as it tries to become a whole-home security and lighting business. There's no word on how much the lights will cost, or when they'll go on sale, beyond "later this year." 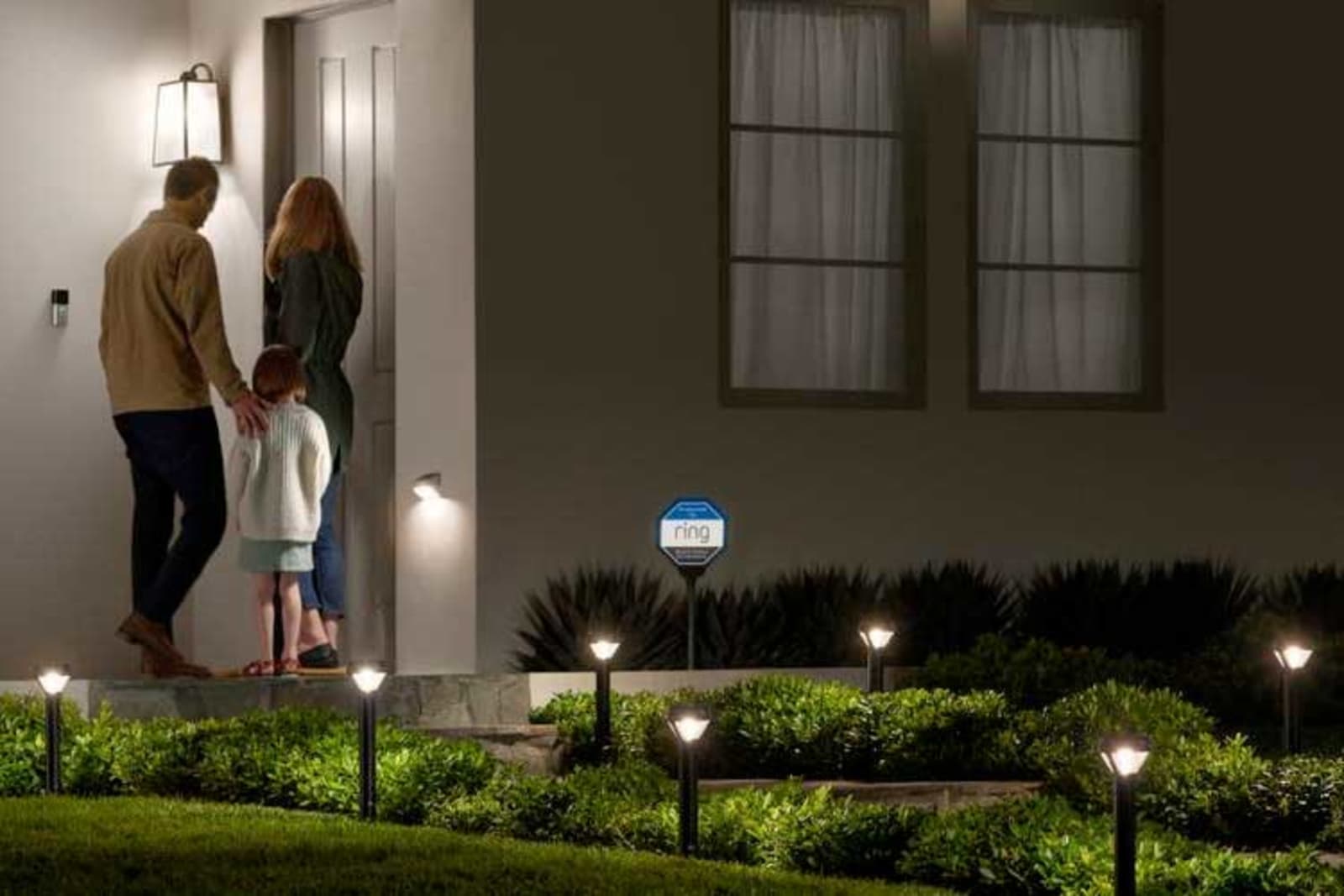 The Access Controller Pro is available from today, costing $299, or $398.99 if you want a stick up cam battery alongside it. Fair warning, you'll need a professional to wire in the system to your gate, don't go getting yourselves shocked just for a slightly smarter home.

In this article: Access Controller, Alexa, Amazon, bulbs, ces, ces2020, gear, home, Ring, Smart Home
All products recommended by Engadget are selected by our editorial team, independent of our parent company. Some of our stories include affiliate links. If you buy something through one of these links, we may earn an affiliate commission.