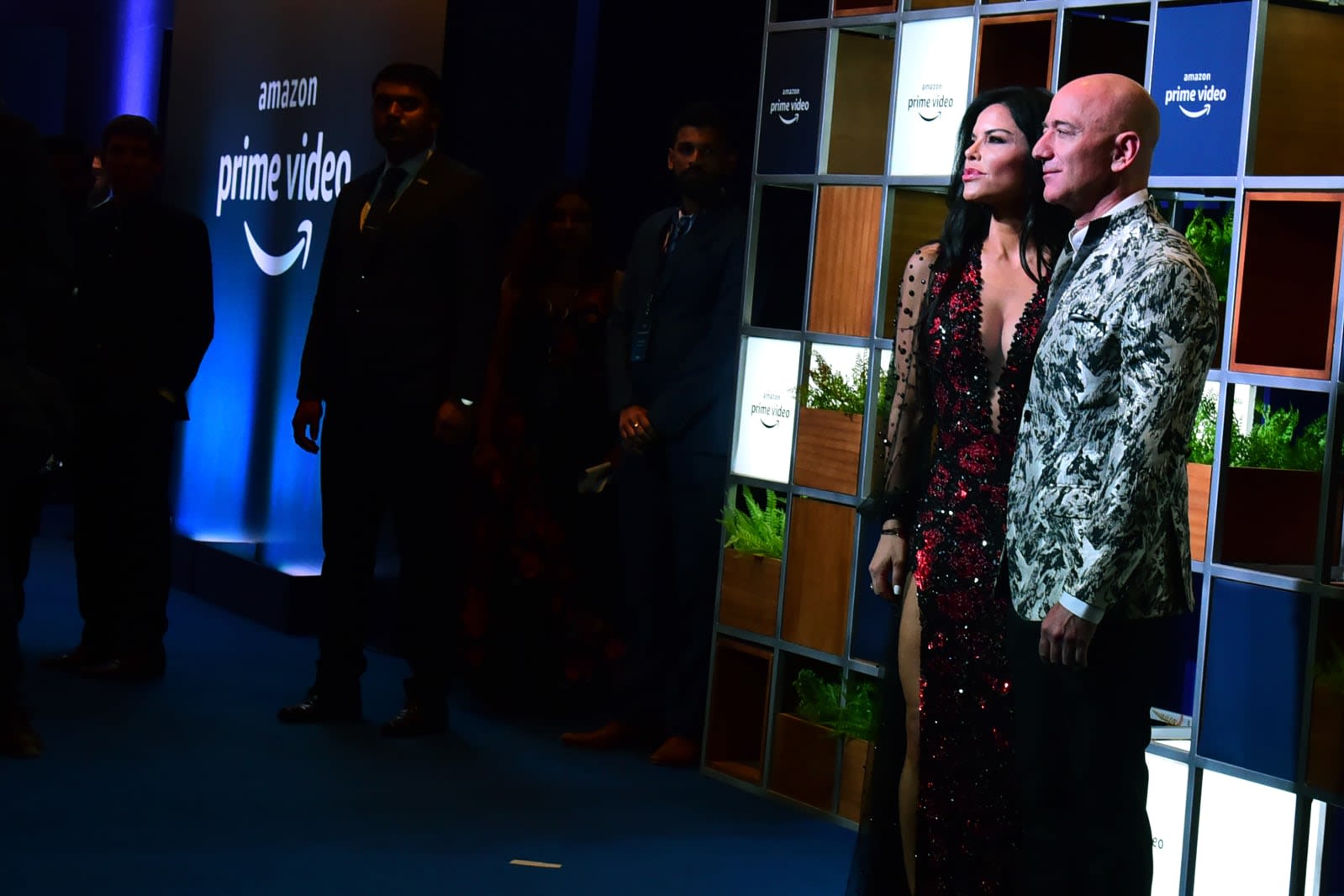 When Jeff Bezos accused the National Enquirer of trying to blackmail him with leaked text messages, this raised a question: how did those messages escape Bezos' phone? Apparently, they might have come from Bezos' girlfriend Lauren Sanchez. Wall Street Journal and New York Times sources say that federal prosecutors have evidence Sanchez sent the messages to her brother Michael, who turned around and sold them to the Enquirer. There's no mention of Sanchez's intentions behind forwarding the messages -- it's not clear if this was a deliberate leak or a case of misplaced trust.

Enquirer owner American Media maintained in a statement that Michael Sanchez provided "all materials," and rejected longstanding assertions that Saudi Arabia was involved. Michael himself wouldn't answer questions and instead accused the WSJ of "spoon-fed lies and half-truths," while Saudi Arabia has repeatedly denied involvement.

While exposing the alleged blackmail, Bezos provided emails showing that American Media had threatened to release his lewd selfies if he didn't publicly state that the Enquirer's exposé was not politically motivated. The Amazon exec has raised concerns that Saudi Arabia wants to punish him and the Washington Post for linking the kingdom to the murder of Jamal Khashoggi.

This doesn't rule out the possibility that Saudi Arabia hacked Bezos' phone, as a Bezos-commissioned audit suggested. There may have been a multi-pronged effort to get Bezos' data and provide details of his affair with Lauren Sanchez. However, it does raise the possibility that at least some of the information was obtained without hacks, and that Bezos' findings don't tell the whole story.

Source: Wall Street Journal, New York Times
In this article: amazon, gear, internet, jeff bezos, mobile, national enquirer, security
All products recommended by Engadget are selected by our editorial team, independent of our parent company. Some of our stories include affiliate links. If you buy something through one of these links, we may earn an affiliate commission.