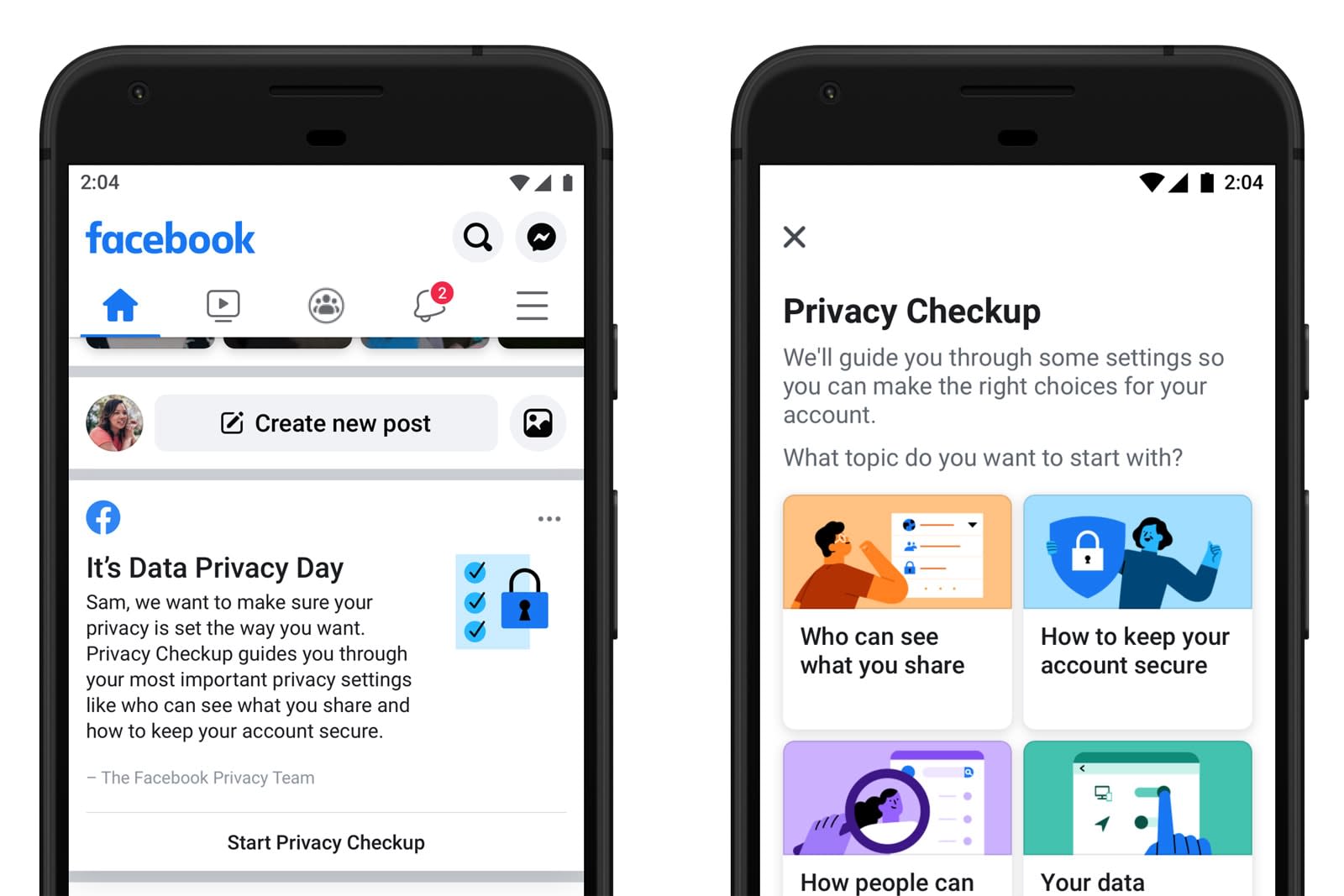 Facebook wants to start the 2020s on the right privacy footing, and it's about to make that abundantly clear to most of its users. The social network is planning to prompt almost 2 billion people to review their privacy settings over the "next few weeks." Tap the prompt in your News Feed and you'll be directed to the revamped Privacy Checkup tool to determine who can see your data and how you secure your account. When Facebook had 2.45 billion monthly active users as of last summer, there's a very good chance you'll see this request in the near future.

You may also have greater control over your data in the process. The company's Off-Facebook Activity tool is now available worldwide, giving you both a summary of data from third-party sites (used to show you targeted ads) and the option to scrub that data.

The updates represent Facebook burnishing its image to some extent. It spent much of the last decade embroiled in privacy problems that ranged from the Cambridge Analytica scandal through to data exposure on a third-party system. At the same time, it's safe to say many people want to know their data is being used properly -- the prompt and expanded tools could provide a degree of reassurance.

In this article: facebook, gear, internet, off-facebook activity, privacy, privacy checkup, social media, social network, social networking
All products recommended by Engadget are selected by our editorial team, independent of our parent company. Some of our stories include affiliate links. If you buy something through one of these links, we may earn an affiliate commission.