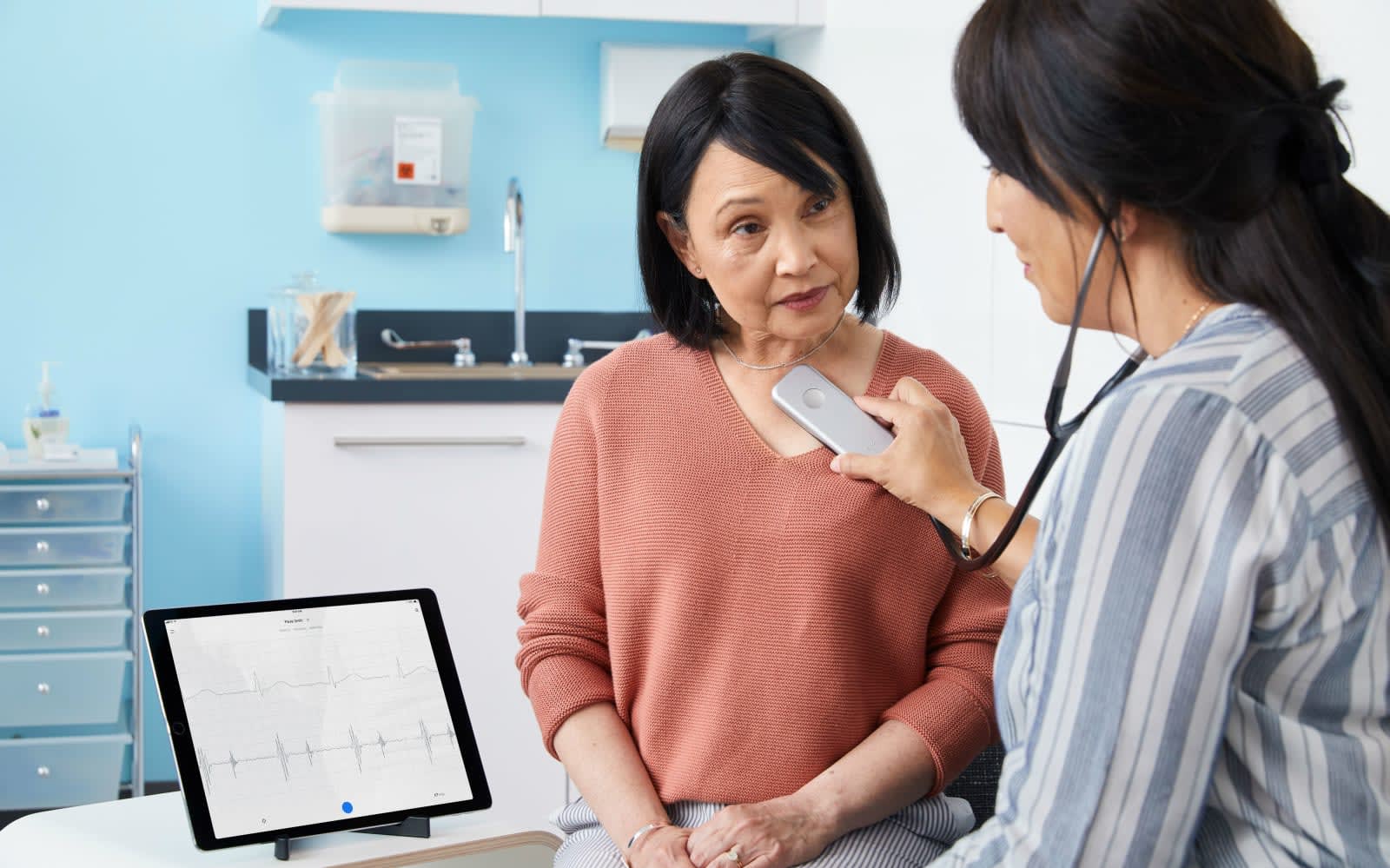 The FDA just granted clearance to a suite of algorithms that could help healthcare providers in the US more accurately screen for heart conditions during routine physical exams. The algorithms, developed by Eko, can help detect both heart murmurs, indicative of valvular or structural heart disease, and atrial fibrillation, or AFib, which can lead to blood clots, strokes, heart failure and other complications.

"Two centuries after its invention, the stethoscope is still the front line tool to detect cardiovascular disease," says Dr. Patrick McCarthy, Executive Director of the Bluhm Cardiovascular Institute at Northwestern Medicine and member of Eko's Scientific Advisory Board. "Eko's development of artificial intelligence algorithms to help clinicians better interpret sounds, identify arrhythmias and detect heart murmurs during a physical exam is going to make a huge difference in our ability to care for patients."

The AI is meant to be used with Eko's digital stethoscopes, which are already on the market. This FDA clearance gives the company the greenlight to deploy its murmur- and AFib-detection algorithms. In December, the FDA granted another Eko algorithm "breakthrough status," fast-tracking it for approval. That algorithm uses ECG data to identify Left Ventricular Ejection Fraction (LVEF), a measure commonly used to diagnose heart failure. If and when that algorithm is cleared, Eko's digital stethoscopes will be able to use AI to screen for heart failure, valve disease and AFib, and all of that will be possible during routine physical exams.

Source: Eko
In this article: afib, ai, algorithm, eko, fda, gear, healthcare, heart, heart failure, medical device, medicine, screening, stethoscope, tomorrow
All products recommended by Engadget are selected by our editorial team, independent of our parent company. Some of our stories include affiliate links. If you buy something through one of these links, we may earn an affiliate commission.