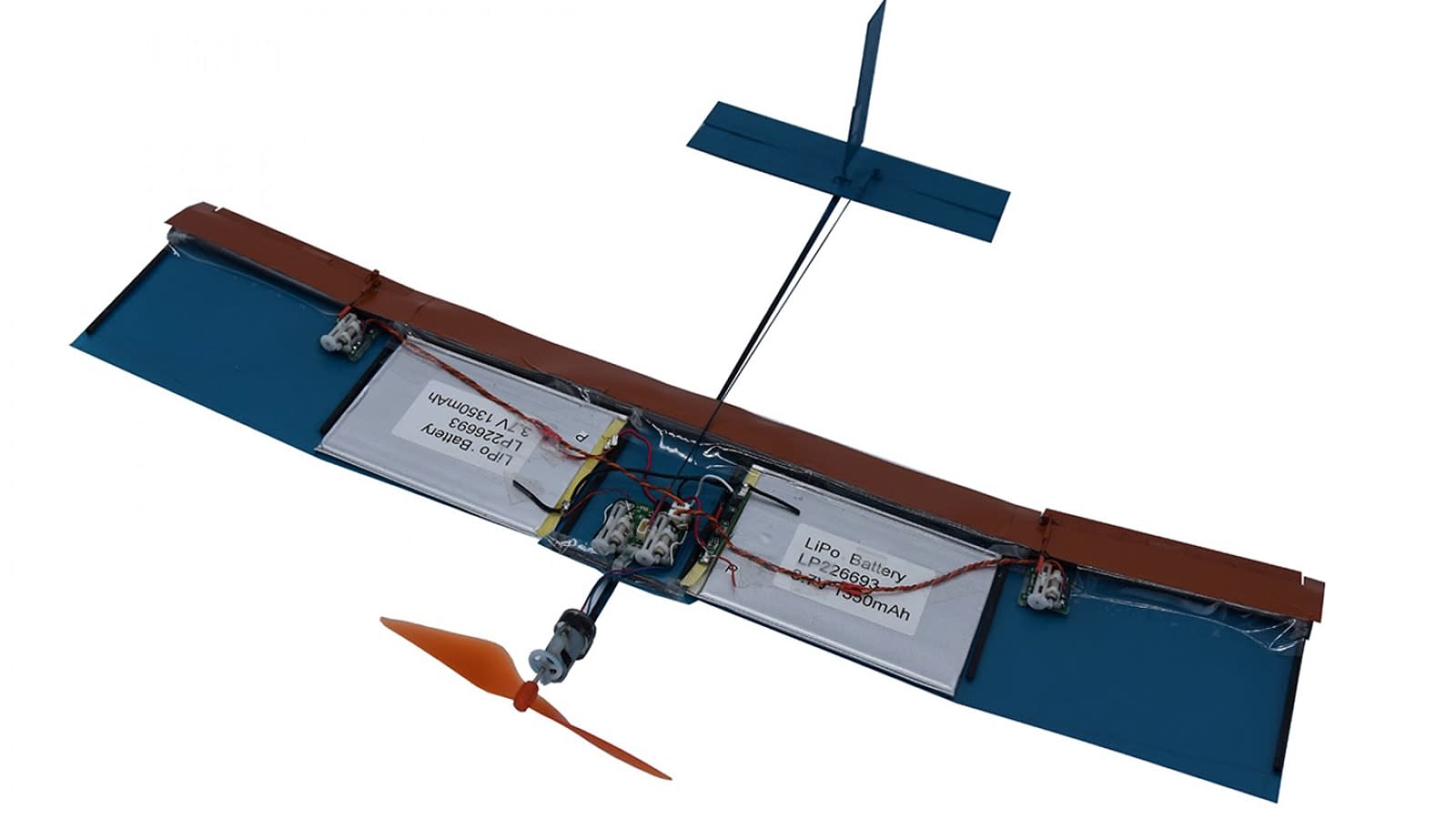 Small drones seldom last more than half an hour in the air due to their inefficiency. They frequently have short, thick wings that help them survive wind gusts, but are terrible for range. However, scientists might have a way to make drones last: borrow another cue from nature. Researchers at Brown University and EPFL have developed a bird-inspired wing design that can deliver just under 3 hours of flight for a tiny 100g (3.5oz) drone, four times what you'd get from comparable fliers, without sacrificing stability. Effectively, it recognizes that common wisdom surrounding wings doesn't apply when the wingspan is a foot or less.

Where the leading edges of aircraft wings are typically smooth and focused on keeping airflow glued to the wing as much as possible, the scientists' design has s a sharp leading edge (much like that of small birds and insects) with a completely flat wing, separating the airflow. That lessens the peak aerodynamic efficiency, but easily compensates for it by allowing a much larger wing ratio that boosts lift. And since it doesn't need the aerodynamics of traditional aircraft wings, it can use high aspect ratio wings that are thick enough to both support themselves and offer room for elements like batteries.

Right now, the design has only truly been tested in a wind tunnel, which isn't a very realistic environment. It could be a while before there's a proper field trial. The team has patented the design and intends to refine it, though, so it may not be too long before tiny drones can last for hours at a stretch. That could help everyone from eager enthusiasts through to security teams that ay need around-the-clock drone surveillance.

In this article: biomimicry, brown university, drone, epfl, gear, microdrone, robots, science, uav, video
All products recommended by Engadget are selected by our editorial team, independent of our parent company. Some of our stories include affiliate links. If you buy something through one of these links, we may earn an affiliate commission.