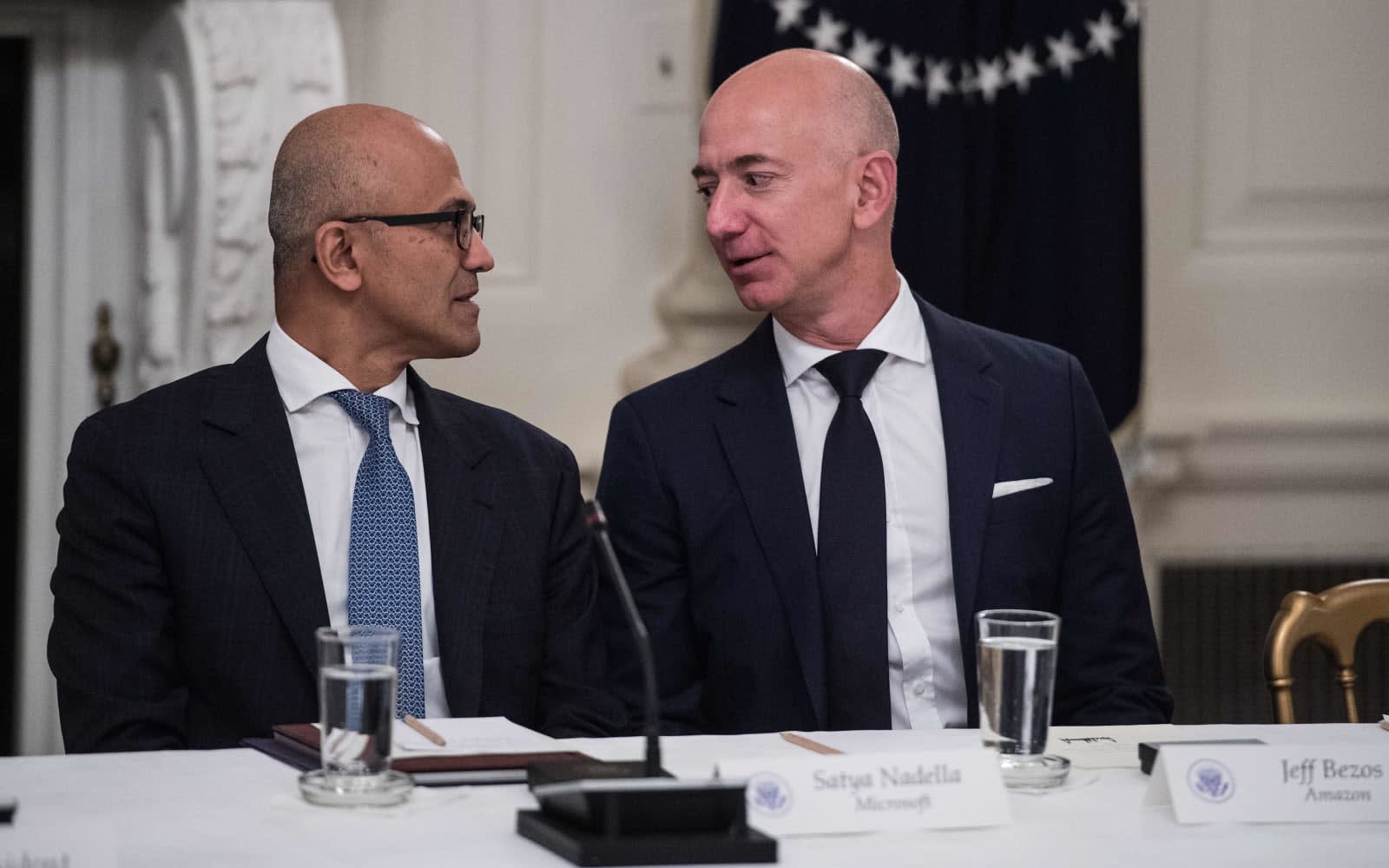 For months, Amazon has been making a fuss over the Pentagon's decision to award Microsoft the $10 billion Joint Enterprise Defense Infrastructure (JEDI) contract. The company has said that President Trump's "personal vendetta" cost it the contract, and it has filed a lawsuit to challenge the decision. Now, a judge has ordered a temporary block on the JEDI contract in response to the suit, CNBC reports.

The JEDI contract is meant to modernize the Department of Defense's cloud infrastructure. Amazon and Microsoft were the final contenders, and after the contract went to Microsoft, Amazon claimed that President Trump "launched repeated public and behind-the-scenes attacks to steer the JEDI Contract away from AWS to harm his perceived political enemy-Jeffrey P. Bezos."

Last month, Amazon asked the court to pause Microsoft's work on the project, due to alleged "deficiencies, errors and unmistakable bias" in the evaluation process. The court granted that motion today.

Earlier this week, unsealed court documents revealed that Amazon wants to question President Trump, along with Dana Deasy, the Defense Department's chief information officer, Defense Secretary Mark Esper and former Defense Secretary James Mattis. Thursday's ruling seems to be the government's first step towards seeing if there is any legitimacy to Amazon's claim. That doesn't mean the outcome is going to change, but the decision may at least be reviewed.

Source: CNBC
In this article: amazon, block, business, cloud, contract, department of defense, gear, jedi, judge, microsoft, pause, pentagon, politics, security
All products recommended by Engadget are selected by our editorial team, independent of our parent company. Some of our stories include affiliate links. If you buy something through one of these links, we may earn an affiliate commission.