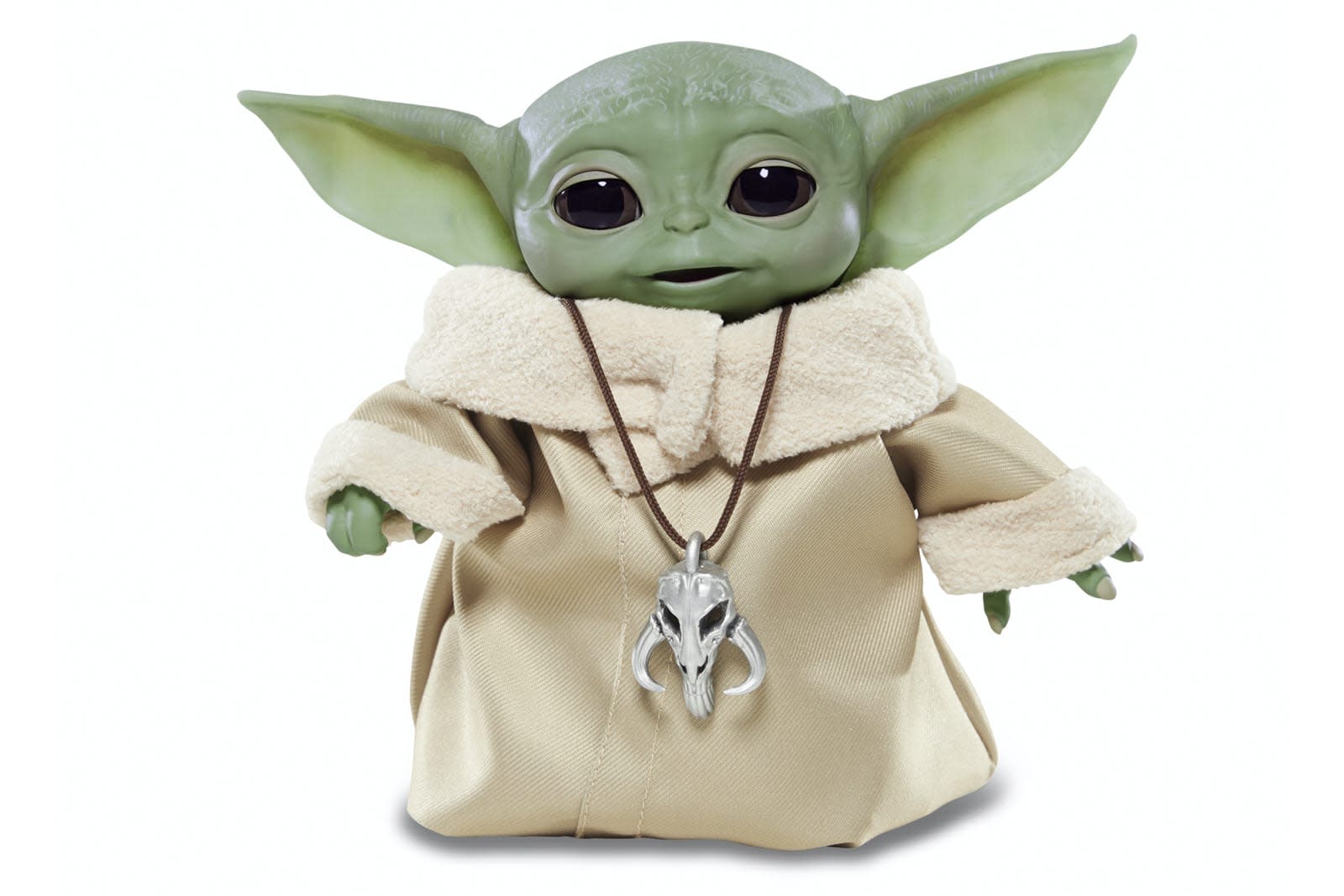 Disney's bid to cash in on The Mandalorian's success has come a long, long way from when the company was scrambling to release crudely-designed shirts. Hasbro is releasing a deluge of toys and games meant to capitalize on the streaming show, and it won't surprise you to hear that The Child (aka Baby Yoda to everyone outside of Disney) plays a starring role. Most notably, there's an honest-to-goodness animatronic figure. The little one wiggles his head and ears, makes squeaky baby sounds and even tries to use his Force powers in the most adorable way possible. It will cost you $60, and yes, it is already available for pre-order on Amazon.

That's not the only over-the-top option. You can also play a Baby Yoda-themed version of Operation ($20) -- don't worry, you're just removing objects around him rather than performing surgery. There's also a Mandalorian edition of Trouble ($15) if you'd rather rescue the green tot with Pop-O-Matic dice rolls. And yes, there are more affordable (and more child-proof) Baby Yoda figures that include a $25 talking plushie as well as 6.5- and 2.2-inch figurines, the latter of which cost $16. We're waiting on pricing for the others.

In this article: baby yoda, disney, disney+, entertainment, gadgetry, gadgets, gear, hasbro, operation, star wars, streaming, the child, the mandalorian, toy, toy fair, toy fair 2020, toyfair2020, toys
All products recommended by Engadget are selected by our editorial team, independent of our parent company. Some of our stories include affiliate links. If you buy something through one of these links, we may earn an affiliate commission.