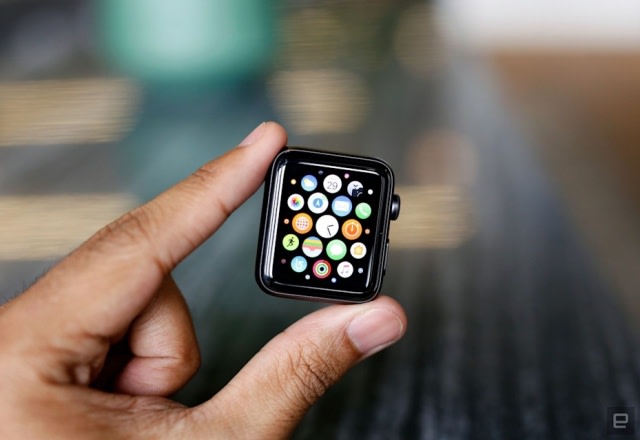 The Apple Watch Series 3 keeps getting cheaper. Back at the start of June Amazon had it on sale for $179, now the black GPS model has been discounted to $169 — that’s $30 off the usual $199 list price and the lowest we’ve seen since last year’s Black Friday deals.

Of course, Apple’s up to the fifth iteration of its Watch Series now, so the older Series 3 is a budget option for those shopping for a smartwatch. It’s missing some of the Series’ newer features, such as ECG measurement, fall detection and an always-on display, but everything else you need is there. We scored it a respectable 82 points in our comprehensive hands-on back in 2017, with reviewer Chris Velazco noting its solid performance, great battery life and valuable fitness features, including accurate heart rate and activity tracking.

If anything, most of our gripes (of which there were few) stemmed from the Series 3’s LTE compatibility. This Amazon deal applies to the GPS version only, so some of the issues we noted — dubious call quality and the 10 bucks a month LTE charge, for example — aren’t applicable here. Indeed, Chris said he felt like the Series 3 represents Apple’s wearable coming into its own after the company’s first two attempts.

If you’re after a decent smartwatch, you could do far worse than the Apple Watch Series 3, especially at this price. Sure, the Series 5 offers newer and fancier features, but if you just need the basics — packaged up in a lightweight and attractive design, at that — this all-time low offer could be the one for you.

In this article: Amazon, Watch, Series 3, consumer, thebuyersguide, Series 5, Apple, engadgetdeals, smartwatch, news, gear
All products recommended by Engadget are selected by our editorial team, independent of our parent company. Some of our stories include affiliate links. If you buy something through one of these links, we may earn an affiliate commission.