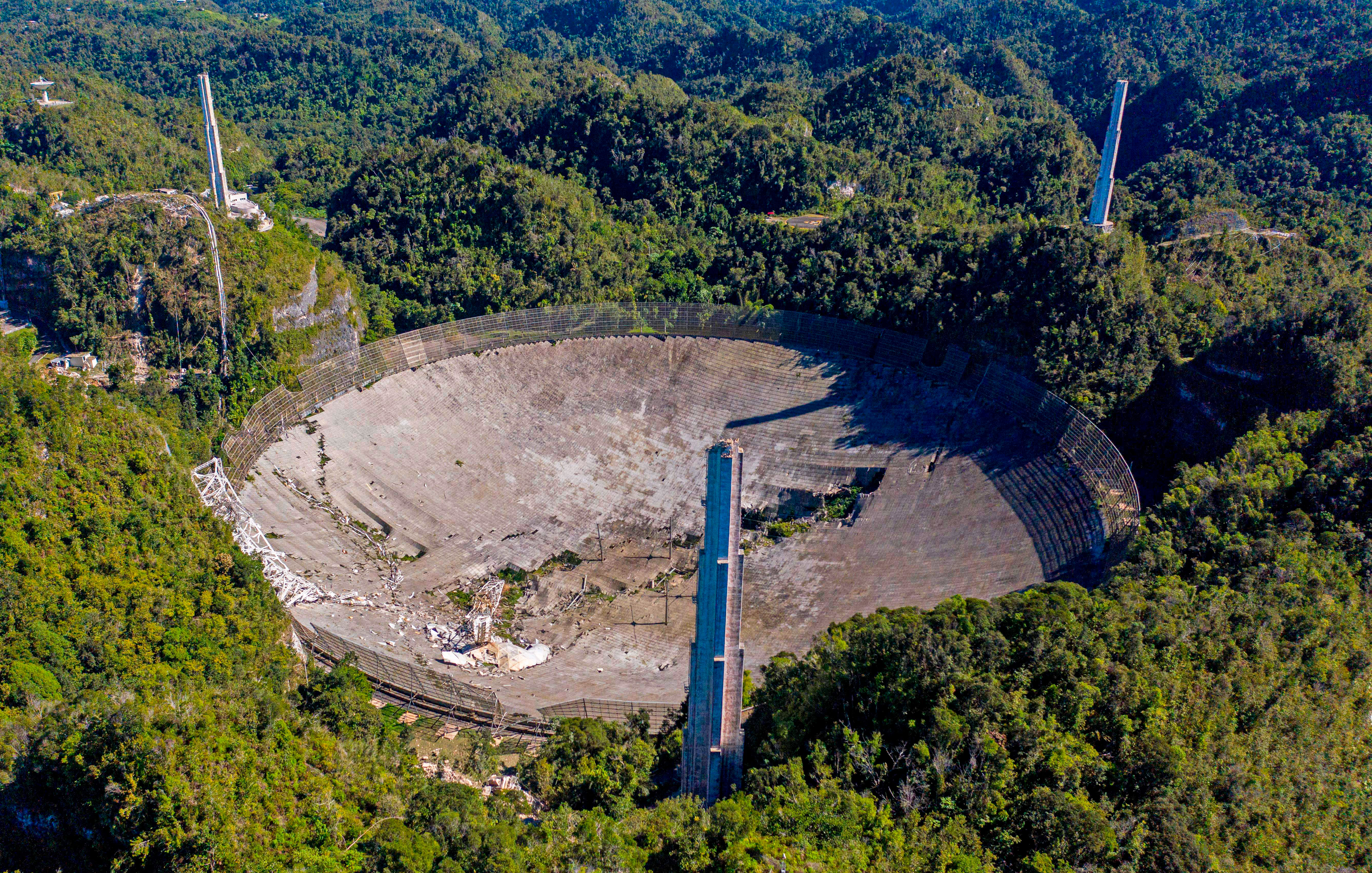 The world-famous Arecibo Observatory has collapsed. The National Science Foundation (NSF), the agency that oversees the telescope, announced the unfortunate turn of events on Tuesday. At some point during the night, Arecibo’s receiver platform crashed into its iconic 1,000-foot wide antenna. “The platform fell unexpectedly,” a spokesperson for the NSF told The New York Times. The foundation didn’t say what caused the collapse, something it’s promised to do once it has more information. However, no one at the site was injured.

The instrument platform of the 305m telescope at Arecibo Observatory in Puerto Rico fell overnight. No injuries were reported. NSF is working with stakeholders to assess the situation. Our top priority is maintaining safety. NSF will release more details when they are confirmed. pic.twitter.com/Xjbb9hPUgD

“NSF is saddened by this development. As we move forward, we will be looking for ways to assist the scientific community and maintain our strong relationship with the people of Puerto Rico,” the agency said on Twitter.

The collapse of its receiver platform adds another sad chapter to Arecibo’s end. Following two cable failures over the summer, on November 19th, the NSF said it had no choice but to decommission and take down the observatory due to the danger of repairing the structure.

“The decision comes after NSF evaluated multiple assessments by independent engineering companies that found the telescope structure is in danger of a catastrophic failure and its cables may no longer be capable of carrying the loads they were designed to support,” the agency said at the time.

What I will miss the most is the joy that we found at the Observatory. The sheer joy of sharing astronomical discovery with people from all walks of life, something we could do at Arecibo only because of where it was. It's why I decided to be an astronomer. #WhatAreciboMeansToMe pic.twitter.com/iiylRxLy8p

In demolishing Arecibo, NSF said it would try to save as many of the surrounding structures and facilities as possible while maintaining the location as a place of education and learning. It’s not clear how this latest development will affect those plans.

As you might imagine, scientists and Puerto Ricans have taken to Twitter to mourn Arecibo’s end. For the better part of almost six decades, the observatory stood as a beacon of human knowledge, assisting astronomers searching for extraterrestrial life and furthering our understanding of the cosmos. With appearances in movies like GoldenEye, the facility also made its way into the popular imagination. At the very least, everyone knows what Arecibo looks like, even if they’ve never been to Puerto Rico.

In this article: observatory, nsf, space, Puerto Rico, arecibo observatory, National Science Foundation, news, tomorrow
All products recommended by Engadget are selected by our editorial team, independent of our parent company. Some of our stories include affiliate links. If you buy something through one of these links, we may earn an affiliate commission.