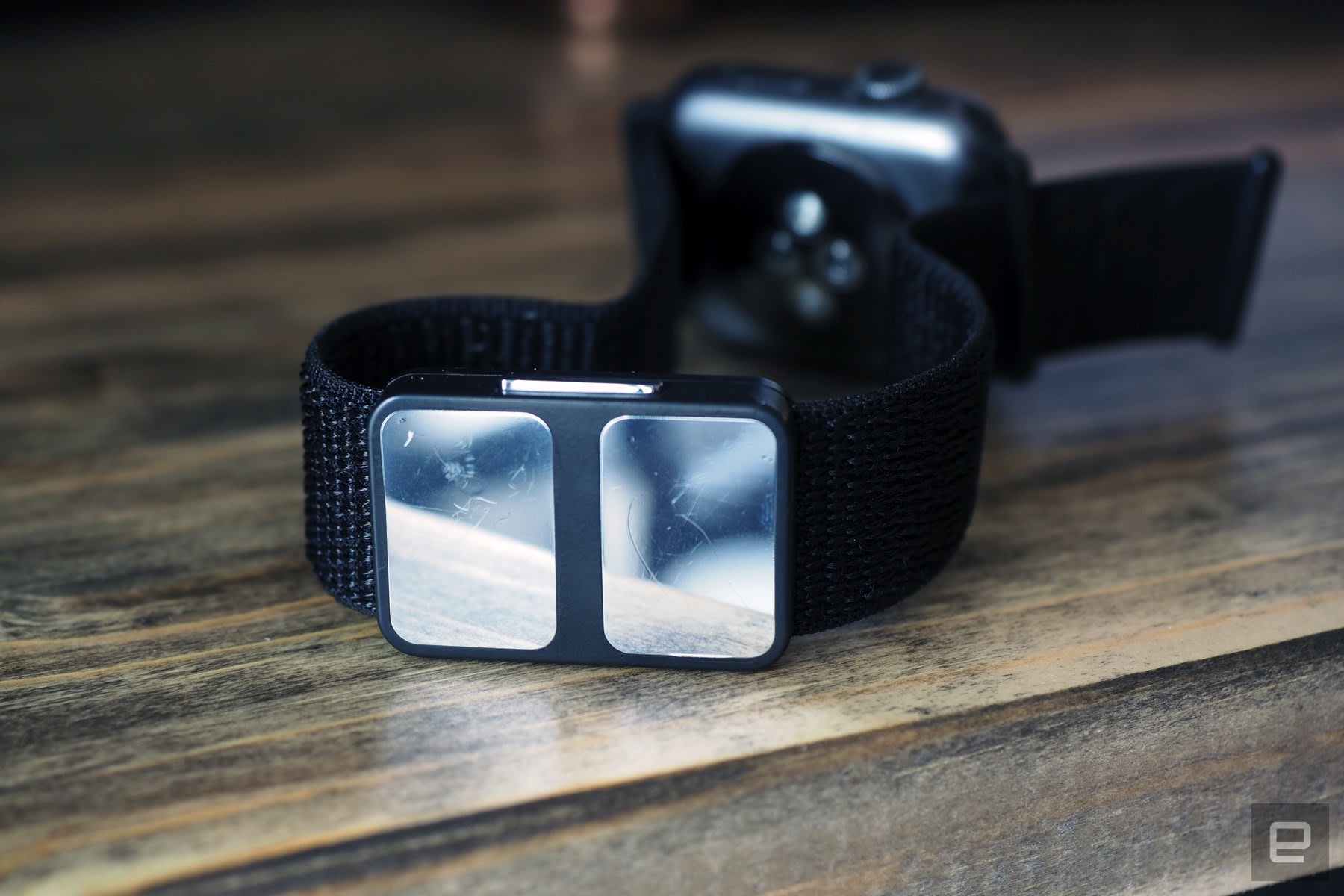 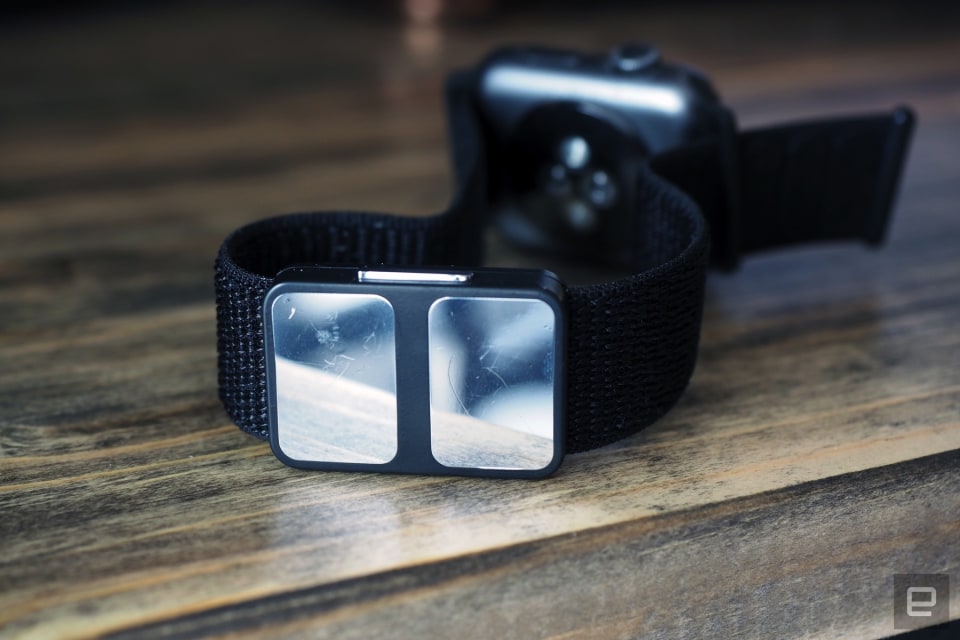 I’ve been staring at the Aura Strap on my wrist for a while now, trying to work out if I like this device or not. On paper, I can see the logic for such a device existing, and in theory I can see people using it to help them reach their goals. But in practice, it exists squarely in the “nice to have,” rather than essential category. And, even then, it’s hard to make a case for why you should own one.

Aura got its start on Kickstarter, promising a wearable that could tell you more about your body than the competition. It pitched a device that used bioimpedance to unlock the secrets of your body composition, telling you your hydration and lean mass. Essentially, taking the tech from your fancy bathroom scales and attaching it to your wrist.

That’s a fine idea, since it enables people to get some deeper insights into what’s going on in their body. It would be nice to know if we’re feeling the signs of dehydration, and what our lean mass is on a regular basis.

It comes in two forms: A standalone band, and the version I’ve been testing, which replaces the strap on your Apple Watch. Since the Aura Strap can’t connect to the Watch directly, taking a reading is a little more involved. You open the app on your Watch, and then hit a button on the side of the Strap hardware itself. You then need to create a circuit with your opposite hand, pushing the fleshy part of your palm below the thumb (the abductor pollicis brevis, anatomy enthusiasts) across the two contacts. The Strap hardware then emits a dialup-modem-esque sound, which your Watch microphone picks up on and analyzes.

All of this information flies over to the iOS app, displaying the percentage (and calculated) weight of each data point. For instance, the reading I just took told me that I am 47.1 percent hydrated, 50 percent muscle and 34 percent fat. Don’t worry math fans, those figures aren’t meant to add up to 100.

Aura says that the watch can’t be relied upon for completely accurate day-to-day measurements and instead asks you to look at the “long-term trend.” Put simply, don’t start waving those figures in front of a doctor, but if the numbers start going up -- or down -- then you can trust in them. And this is where the strap falls down a bit, because those figures can vary a lot depending on how you measure.

This is, as the company’s representatives told me, an issue in both training folks to use the device better and ensuring that the system is getting accurate measurements. Aura says that an update, due to be pushed in the next couple of weeks, will greatly improve accuracy and help filter out bad measurements. And, fair enough, we’ll have to come back to this in future and see if things dramatically improve.

What is less compelling is that the app doesn’t seem very interested or able in communicating these things to the users. Depending on your age and weight, you should (very broadly) be aiming for around a 50 percent hydration level on a regular day. So when the app tells me I’m 37.1 percent, or 67.5 percent hydrated, surely it should be telling me to grab a drink or, in the latter case, slow down a bit.

I will say that knowing what my potential lean mass could be, and having that as a target to work toward, is a good motivator. But in an ideal world, it would be nice if the device on my wrist could monitor that in real-time, rather than making it a regular task to complete. The fact that those measurements, too, bounce around a little too much reduces my confidence in the product a little as well.

I’ll come back to this device when the update is pushed, but for now, I’m not sure it’s a piece of gear anyone really needs. Wonky figures and a less-than-perfect mobile app make me feel like this needs a little more refinement before anyone should invest. But, if you want to try it for yourself, you can buy the Strap here for $119, with shipping due on September 30th.

In this article: Aura, Aura Strap, Bioimpedance, Wearable, news, gear
All products recommended by Engadget are selected by our editorial team, independent of our parent company. Some of our stories include affiliate links. If you buy something through one of these links, we may earn an affiliate commission.