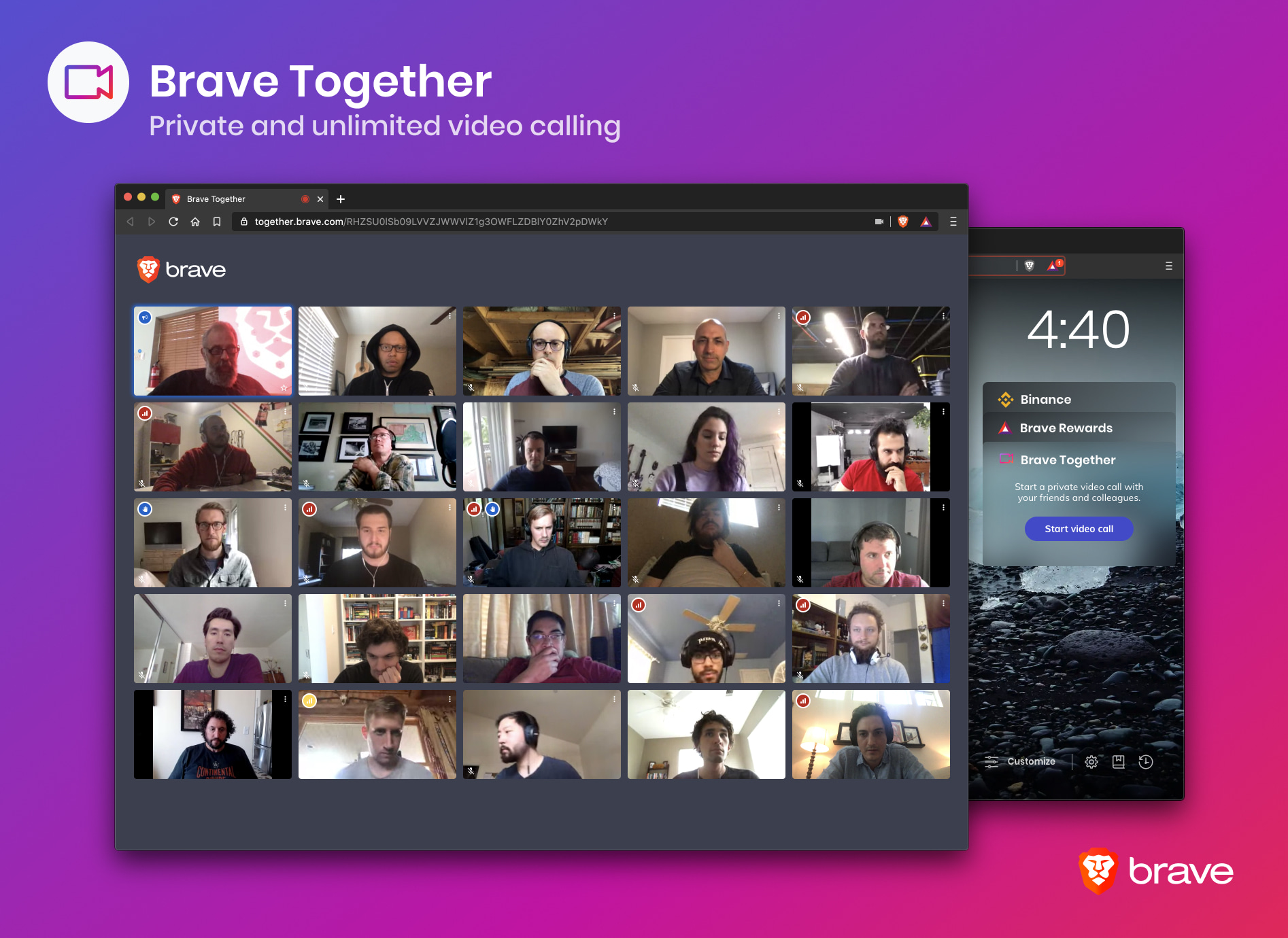 If there’s one thing we’re all painfully familiar with these days it’s video calling. What was once an activity generally reserved for the occasional remote team get-together or long-distance family catch-up has become a daily occurrence for many, and companies in this area are thriving. Privacy-focused browser Brave, however, has spotted a gap in the market for a more secure offering, and is now working on its own spin on video conferencing: Brave Together.

Our Nightly version for North America now features Brave Together, our private and unlimited video calling service based on open source @jitsinews. Click on the widget & start connecting with friends/colleagues. Feedback welcome at https://t.co/SWLpcAKZDq for this trial version. pic.twitter.com/UPFE13Z0xB

The service is essentially a Brave-branded version of Jitsi, the open-source app allegedly favored by Edward Snowden. It already offers end-to-end encryption for one-on-one video calls, and is currently working on enabling that function for multiple-person calls. In any case, it offers a bunch of security features, including four-word meeting links, which make it that much harder for Zoombombers to interrupt proceedings.

Brave users in the US will be able to access Brave Together via a widget on their desktop (support for iOS and Android will come later), although at this stage it’s only available for Brave Nightly users for testing before it goes into beta. It’s not clear yet whether users will be able to access the feature for free or via Brave’s digital token BAT. However, it will support unlimited video calling with an unlimited number of participants, which makes it particularly attractive in a world of 40-minute meeting caps (Zoom) and eight-person limits (Houseparty).

Plus, of course, there’s the privacy component, which will undoubtedly find favor with security-focused folk. Brave hit a milestone at the end of last year when it revealed some 8.7 million people were using its browser every month, so in the wake of Zoom’s iffy security record Brave Together could be responsible for bumping that number up even more.

In this article: Brave, Brave Together, Jitsi, video, calling, conference, privacy, security, Zoom, news, gear
All products recommended by Engadget are selected by our editorial team, independent of our parent company. Some of our stories include affiliate links. If you buy something through one of these links, we may earn an affiliate commission.