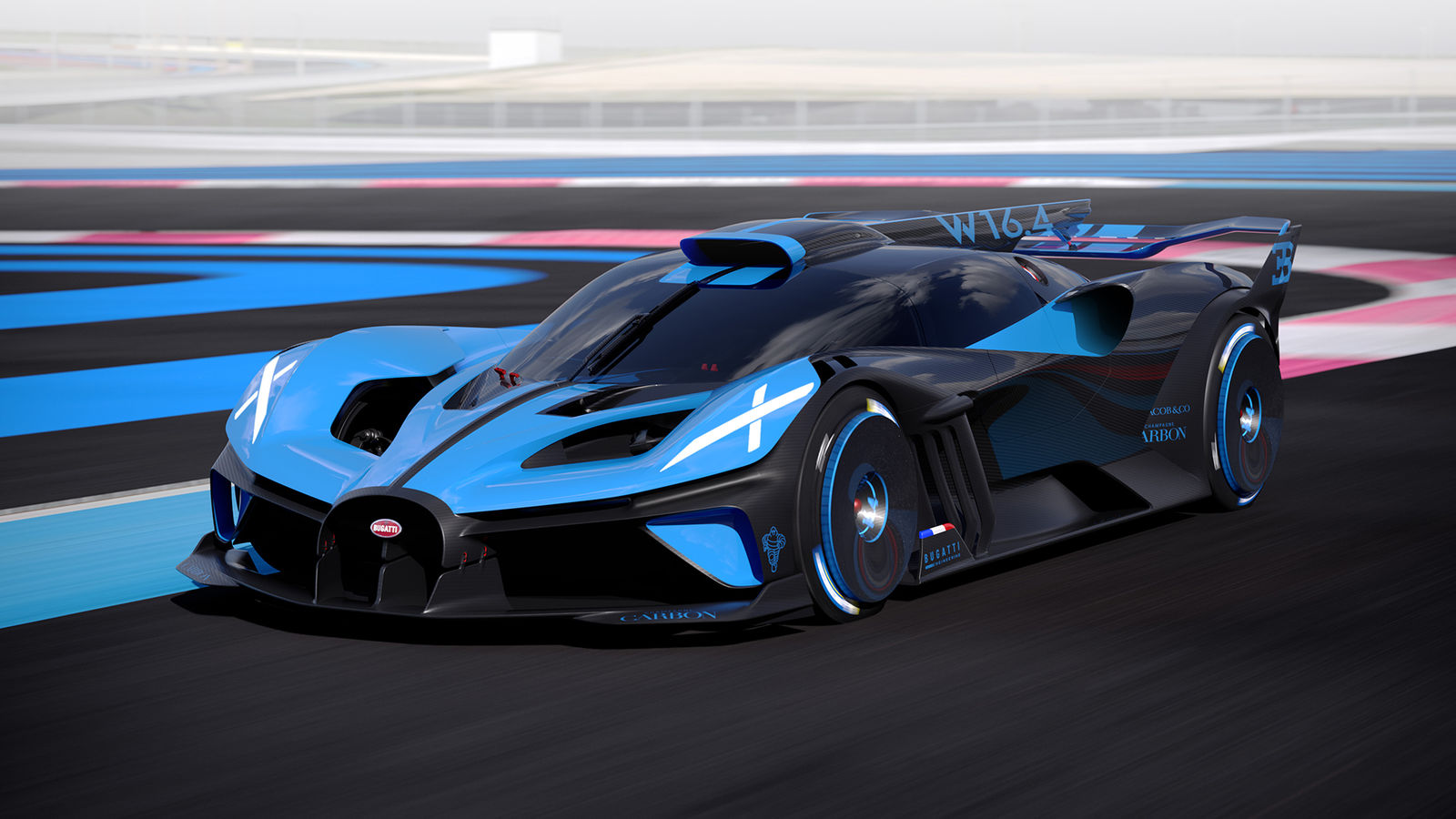 Bugatti’s Bolide is what happens when the French carmaker challenges itself to reach new heights. It’s not just a fast and luxurious speed demon like the Chiron — it’s built from the ground up to destroy the race track. The company calls it the fastest and lightest car it’s ever built, with a top speed over 310-mph, 1,825 horsepower, and a weight of just 2,734 pounds. That makes for a power-to-weight ratio of 0.67hp per pound, bringing it in line with Formula 1 vehicles. All the while, it still looks unmistakably like a Bugatti.

The Bolide also features a unique “morphable” skin on its roof intake scoop, which the company says offers “active airflow optimization.” At low speeds, it’s smooth as usual. But once you kick up to higher speeds, it changes into a field of bubbles to reduce aerodynamic drag. It may sound a bit like a gimmick, but Bugatti says the morphing skin can offer up to a 10 percent drag reduction and a 17 percent drop in lift forces.

While it’s still a concept — one meant to show off what the company can do with its powerful W-16 engine — the Bolide would be a fascinating car to see in action. According to Bugatti, it takes 3:07.1 minutes to complete a lap of Le Mans in a simulation, which beats out Kazuki Nakajima’s top speed record of 3:15.377 minutes.

In this article: concept car, hypercar, Bolide, Bugatti, news, gear, tomorrow
All products recommended by Engadget are selected by our editorial team, independent of our parent company. Some of our stories include affiliate links. If you buy something through one of these links, we may earn an affiliate commission.