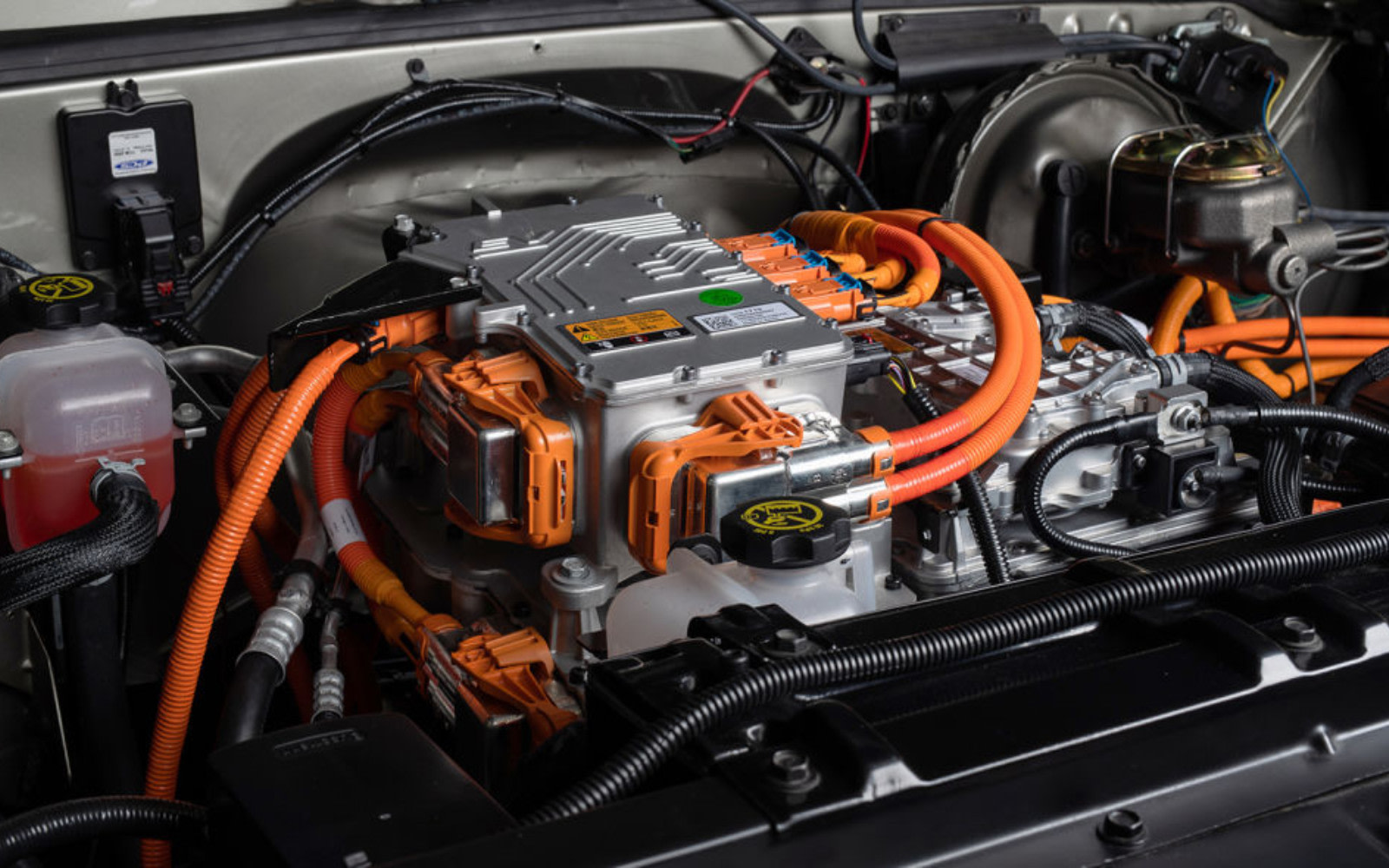 You’ll soon be able to buy an electric Chevrolet motor just as easily as one of its gas engines. After years of prototypes, the automaker plans to start selling crate electric motors and batteries to consumers by the second half of next year (via autoblog). And to showcase what you’ll be able to do with the tech, Chevy detailed a 1977 K5 Blazer conversion its Performance team completed using a near-production eCreate motor kit

Chevy says approximately 90 percent of the new components it installed in the Blazer are Bolt EV parts straight from the factory, including the 200 horsepower motor that makes up the heart of the retrofit. Likewise borrowed from the Bolt is a 60kWh battery, which Chevy installed in the car’s cargo area. By using production controllers and wiring harnesses, it was able to carry over features like regenerative braking to the Blazer. What it didn’t need to replace was the majority of the drivetrain, with the transfer case, driveshaft and axles left untouched.

In most cases it sounds like you’ll need to buy some additional parts to turn an old gas guzzler into an EV. In the case of the K5, Chevy installed an aftermarket electric steering kit, an electric pump and an electronic controller to allow the Blazer’s analog fuel gauge to display remaining battery power.

While the automaker didn’t announce pricing for the package, it did say it plans to certify dealers and aftermarket shops on their installation. It’s also exploring offering high-performance eCrate motors and batteries in different configurations.

In this article: ev, Electric vehicle, transportation, Chevy, Chevrolet, Bolt, gear
All products recommended by Engadget are selected by our editorial team, independent of our parent company. Some of our stories include affiliate links. If you buy something through one of these links, we may earn an affiliate commission.