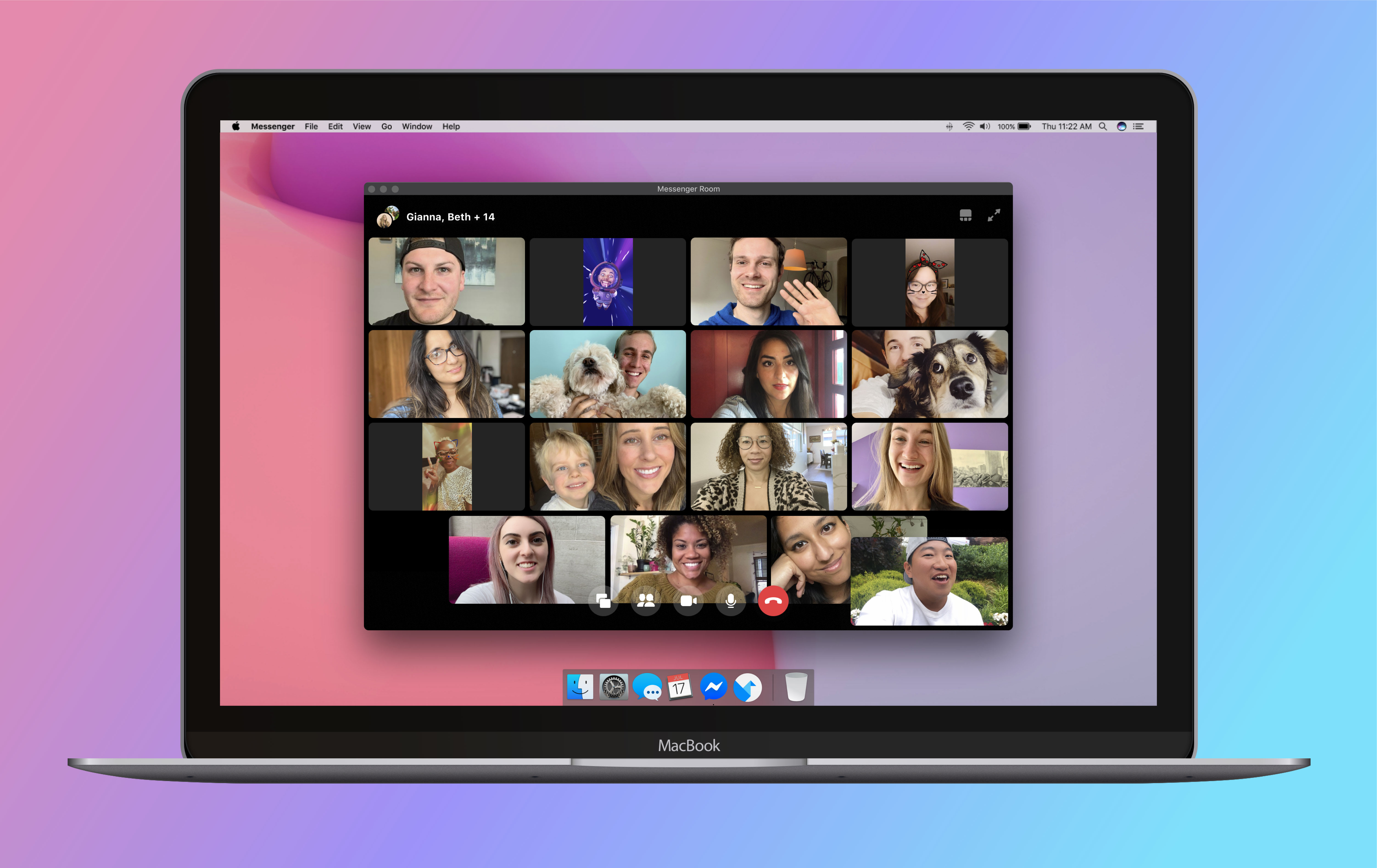 With Messenger Rooms, Facebook users can host group calls of up to 50 people that anyone can join. Instead of inviting people individually, Facebook users can post links in their News Feed or in Groups or event pages. And unlike Messenger's existing video chat features, participants don’t need to have the Messenger app or even a Facebook account to join a room. When a room is created, anyone can join via their browser, though hosts can opt to “lock” rooms to new guests to prevent party crashers.

There are other Zoom-like features, too. Messenger Rooms will have “immersive 360-degree backgrounds that transport you to beautiful and iconic spaces, from the beach to a luxe apartment on the water,” along with “14 new camera filters that offer ambient lighting to brighten your space and your face.” Facebook also notes that there are no time limits for video chat sessions, which can be scheduled in advance.

Messenger Rooms is starting to roll out now, and will be live in the US “in the coming weeks.”

The update comes as Facebook says it’s seen a massive surge in calling across its chat apps, with more than 700 million people making calls on Messenger and WhatsApp every day. And on WhatsApp, Facebook is also increasing the number of people who can join a call, doubling it from four to eight. That update is launching next week.

Facebook also announced that it’s integrating Messenger’s video calling into Facebook Dating, so users can participate in “virtual dates” while they can’t plan IRL get-togethers. The update will be available “in the coming months.”

In this article: coronavirus, Facebook, Facebook Messenger, zoom, Covid-19, news, gear
All products recommended by Engadget are selected by our editorial team, independent of our parent company. Some of our stories include affiliate links. If you buy something through one of these links, we may earn an affiliate commission.