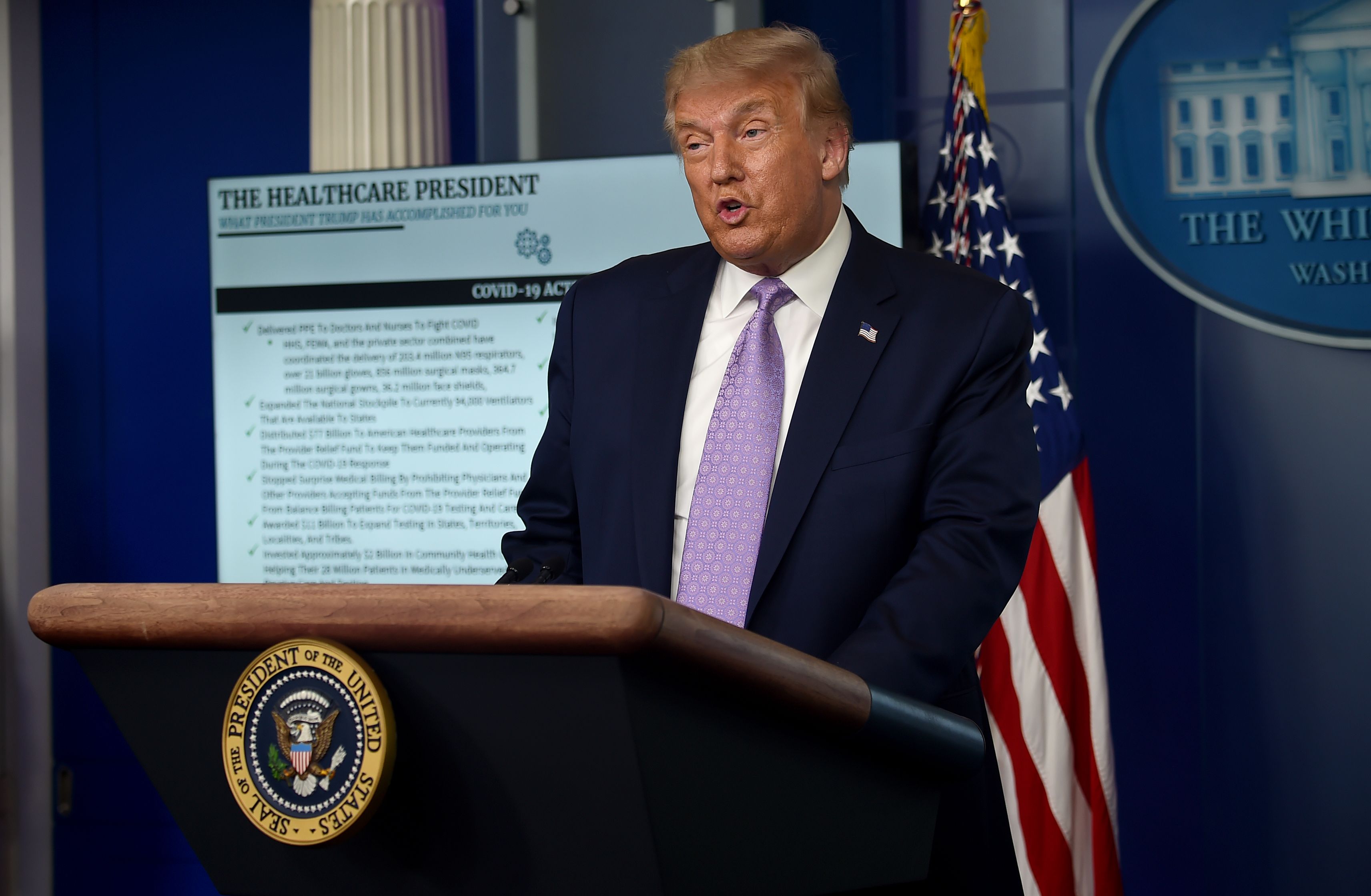 Donald Trump finally found a line Facebook is unwilling to allow him to cross: promoting misinformation about the coronavirus. The social network removed a post from Donald Trump’s account Wednesday after the president shared a clip from a Fox News interview in which he falsely claimed that children are “almost immune” to COVID-19.

“This video includes false claims that a group of people is immune from COVID-19 which is a violation of our policies around harmful COVID misinformation,” a Facebook spokesperson said in a statement to NBC News.

It marks the first time Facebook has removed one of Trump’s posts under the policy. The company has previously taken down Trump campaign ads for breaking its rules around “organized hate” and misleading information about the US census.

The video was also shared on Twitter, where it remains up. On Facebook, the video was visible for at least four hours and was viewed hundreds of thousands of times before it was removed, according to New York Times reporter Davey Alba.

Facebook has previously been reluctant to enforce its rules when it comes posts from politicians, especially Trump. Mark Zuckerberg criticized Twitter CEO for fact checking one of Trump’s tweets, though Zuckerberg later said he would consider adding labels to some posts from politicians that might otherwise break Facebook’s rules. The company has taken a somewhat tougher stance when it comes to misinformation about COVID-19, and Zuckerberg has called the US response to the pandemic “disappointing.”

Update 8/5 8:05pm ET: Twitter also took action on the clip for breaking the company’s rules against COVID-19 misinformation. A spokesperson said Twitter “required removal” from the @TeamTrump account that originally shared the video.

The original Tweet from @TeamTrump is in violation of the Twitter Rules on COVID-19 misinformation, and we've required removal. https://t.co/fDPcEa9hRe

In this article: Misinformation, coronavirus, Donald Trump, Social media, Facebook, Covid-19, news, gear
All products recommended by Engadget are selected by our editorial team, independent of our parent company. Some of our stories include affiliate links. If you buy something through one of these links, we may earn an affiliate commission.