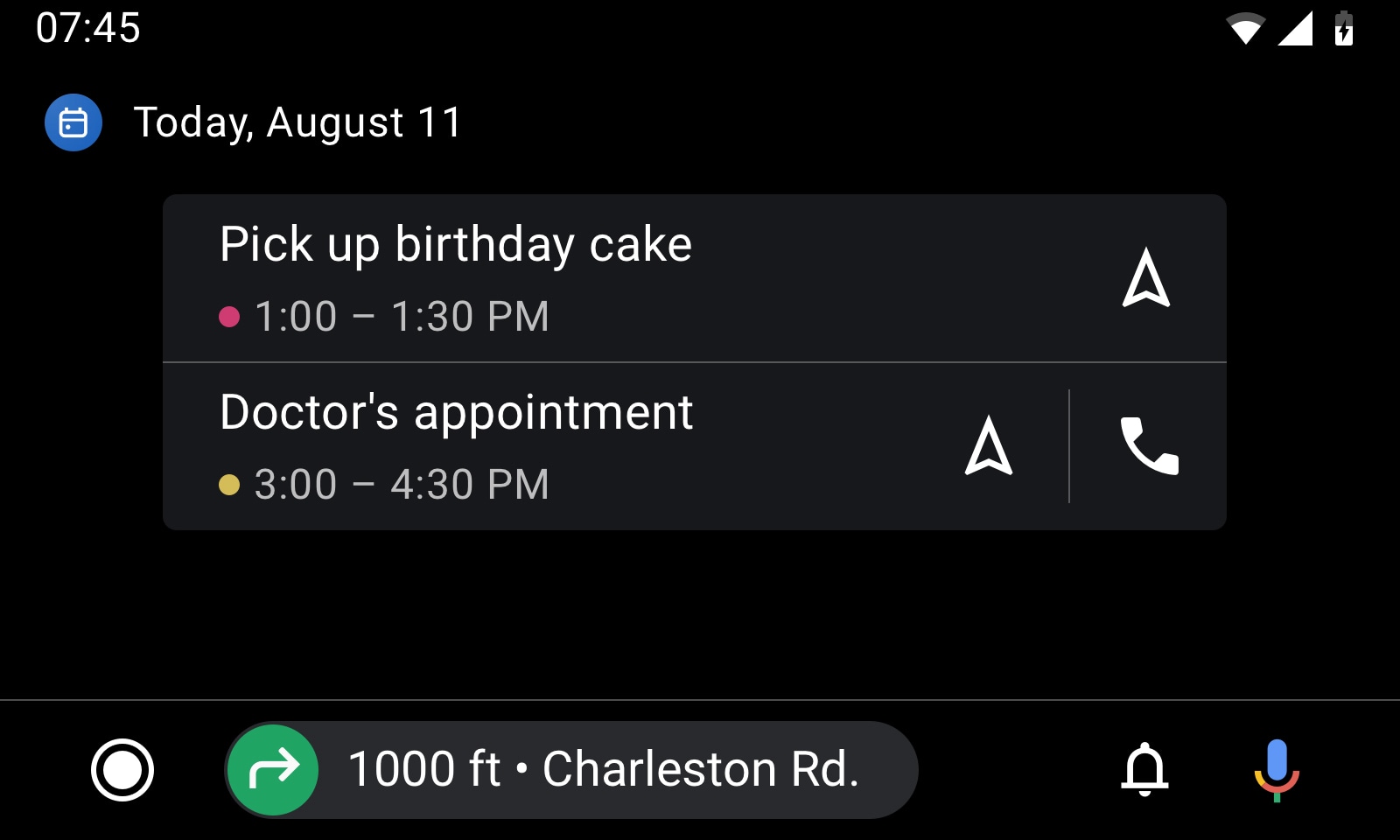 Google’s attempt at building in-car software is moving up a gear. Today, the company has announced a few updates for Android Auto — the infotainment experience powered by your smartphone — and Android Automotive OS, a functionally-similar alternative that’s baked right into the car. The biggest addition for Android Auto is a simple calendar app that shows your daily schedule and some relevant shortcuts for each item. If you’ve booked a haircut, for instance, you’ll have the option to call the business or immediately bring up directions. Google is also introducing a new settings app that should make it easier to change your preferences.

Right now, Android Auto and Android Automotive support two types of third-party apps: media and messaging. Google wants to expand the platform, though, and support "new categories" such as navigation, parking and electric vehicle charging. Today, the company confirmed that it's working with "early access partners" including SpotHero (parking), Chargepoint (charging) and Sygic (navigation) on driving-optimized apps that will be released in beta later this year. If the tests are successful, Google will release the underlying APIs so that other developers can start building Android Auto and Automotive apps in the same categories.

Car makers have slowly embraced Android Auto since it was first introduced in 2015. Android Automotive, meanwhile, is a fairly new initiative and still difficult to find on show room vehicles. That will soon change, however. As part of today's announcements, Google emphasized that the all-electric Polestar 2 — the first vehicle to feature Android Automotive — is now shipping to customers. It also reiterated that Renault, General Motors and Polestar owner Volvo have all announced that they'll be using Android Automotive in at least some of their future cars.

Google also wants to make it easier for developers to support Android Automotive. The company has already updated its design and development documentation for third-party media apps, improved its emulator and released a Polestar 2 system image so that companies can test their software in a car-like environment. Finally, Google has updated its Play Console -- a platform for testing and releasing apps -- to support Android Automotive APKs (application packages). These changes will give developers a complete pipeline to "design, develop, test and publish media apps directly on Google Play in the car." In theory, that should accelerate the number and variety of car-compatible apps available to drivers.

In this article: Android Automotive, Android Auto, cars, Google, driving, infotainment, news, gear
All products recommended by Engadget are selected by our editorial team, independent of our parent company. Some of our stories include affiliate links. If you buy something through one of these links, we may earn an affiliate commission.