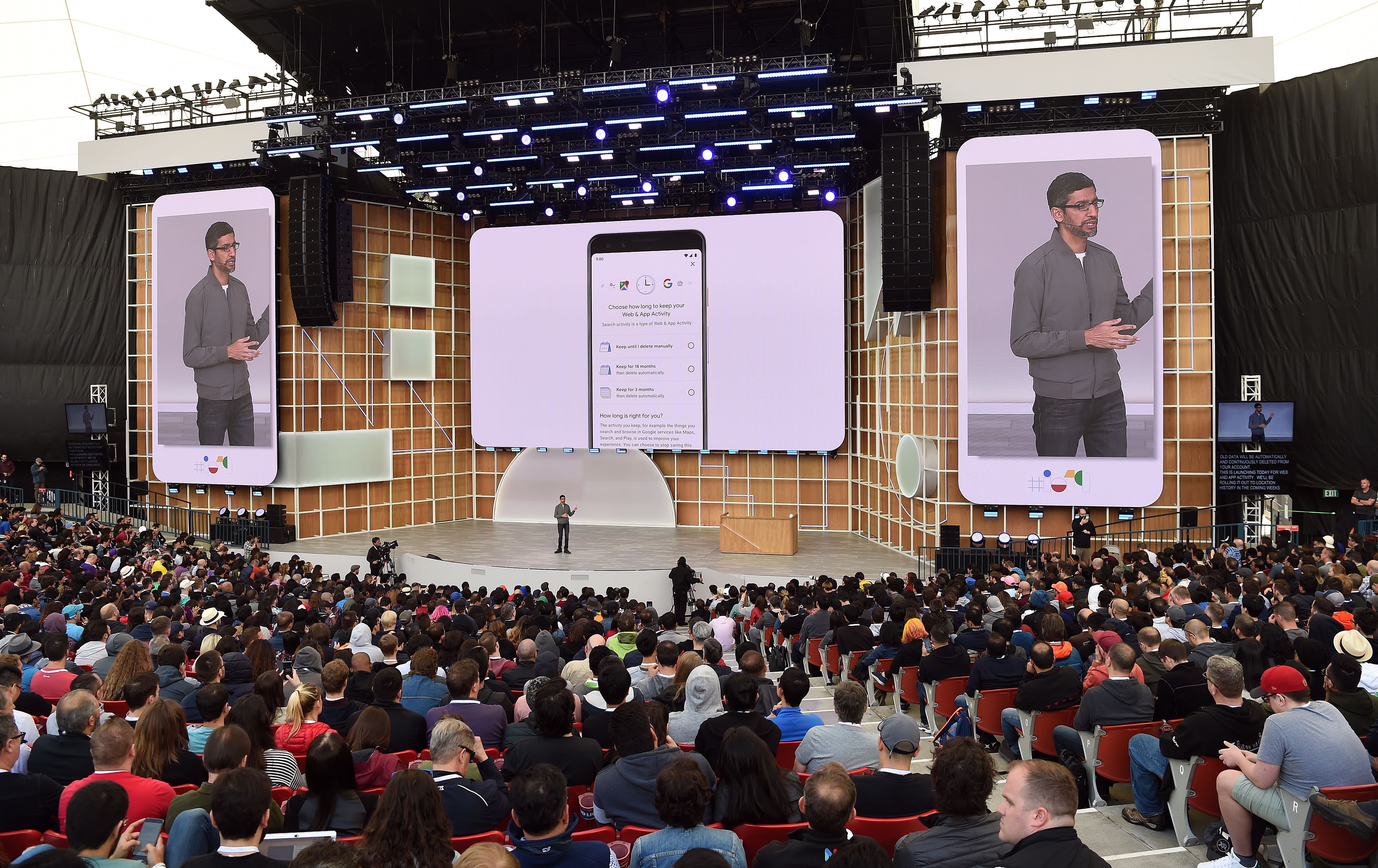 Google's big developer conference is back after a year's absence.

Last year, right as people were really starting to grapple with pandemic life, Google decided to cancel its 2020 I/O developer conference entirely. (We can't say we blame them.) This year, though, I/O is back — just in a different form. The online-only event kicks off on May 18th, and all signs point to it being a big one. Sundar Pichai himself said during an Alphabet earnings call that the show would feature “significant product updates and announcements.” From everything we’ve heard so far, that sure seems to be the case.

We don’t know everything Google has in store for Google I/O 2021, but we have some educated guesses — and a few things we’re hoping for. Here’s everything we know about the show so far, and what you can expect once the event kicks off in earnest.

Google I/O will begin on May 18th, 2021 with a keynote address at 10AM Pacific/1PM Eastern that should serve to highlight most of the company’s software priorities for this year and beyond. As we’ve done with other major events, we’ll be hosting our own stream of the Google I/O 2021 keynote with live commentary from myself and reviews editor Cherlynn Low, so be sure to watch along with us on Tuesday.

There’s a lot more to I/O than just the keynote, though — the full show runs through May 20th — but nearly everything after that first address geared specifically toward developers. (Think: informational breakout sessions, deeper dives into new features, fireside chats, a second dev-focused keynote, and more.) We’ll be covering the news from some of the show’s juicier sessions, but if you’d like to sit in on them yourselves, here’s a few we’re planning to keep a close eye on:

If there’s one thing you can count on this year, it’s that Google will have a lot to say about its upcoming Android 12 update. That’s especially unsurprising when you consider how much the company has already said about it. After all, at time of publication, Google has released three Android 12 developer previews, and has already started talking up features like audio-coupled haptics, improved picture-in-picture for videos, support for the AVIF image format, and more.

Beyond that, it also looks like Android is getting a facelift this year, though it’s hard to say exactly what it’ll look like at this point. A series of leaked images obtained by XDA point to a noticeable overhaul, with a redesigned notifications panel, fewer quick settings panels, and new “conversation” widgets for the home screen that highlight messages and missed calls from contacts. Meanwhile, if you felt like digging deep into the developer build’s settings, there’s also an option that enables a new, more compact design for the Settings app that should make navigating menus on big phones a little easier.

There’s bound to be a lot more about Android 12 we’re not clued in on yet, and Google’s I/O keynote and developer sessions should go a long way in explaining the company’s vision. If Google sticks to its pre-pandemic plans, you can expect to see an initial Android 12 public beta release pretty soon after the keynote ends, with a full launch around August or September.

As usual, we’re expecting to hear a lot about Google Assistant, though we haven’t heard many specifics just yet. For what it’s worth, Google noted on its own developer blog that we’ll see “new product announcements” and “feature updates” for the Assistant, and if what we’ve seen in previous years is any indication, these might be the announcements that steal the show.

On a similar note, Google also says we can expect new Smart Home product announcements too, though it stopped short of specifically saying it would reveal new hardware. We’ll just have to see how all of that plays out.

We’re also starting to get the sense that something’s going on with Wear OS this year. Think about it: Within the last week, Google finally updated its wearable software to support Gboard for easier typing on a tiny touchscreen, and started soliciting feedback from Wear OS users in a survey that prompted some people to participate in a research study to inform future development. Maybe we’re reading a little too much into the timing here, but with I/O right around the corner and Google’s acquisition of Fitbit in the rearview mirror, it’s starting to feel like the company is getting ready to commit to wearables in a big way.

While a bevy of leaks confirm Google is working on a potentially Pixel-branded smartwatch, it’s not yet clear if the company plans to show it off at I/O. (For what it’s worth, we’re not betting on it.) But that doesn’t mean we won’t hear anything about new smartwatches.

Persistent rumors suggest that Samsung — a company that once experimented with Android Wear before investing heavily in its Tizen operating system — will return to the fold with a new Wear OS watch. This would be Samsung’s first Google-powered wearable since 2014’s Gear Live, and if we’re lucky, it could help pave the way for a new era of progress, polish, and popularity for Wear OS smartwatches.

We’re expecting I/O 2021 to be relatively light on new hardware, but Google may still have a few announcements ready to go. In a marketing email that Google spread around back in April, the company showed off a set of green Pixel Buds that don’t correspond to any models we’ve seen on sale so far. Then, Google accidentally leaked the existence of its new A-series Pixel Buds in a tweet from the official Android account.

While that accidental tweet didn’t reveal that much, Google’s use of its “A” branding strongly suggests that these new wireless earbuds will cost less than the standard, $179 Pixel Buds. Maybe the tweet and the email were pure goofs, and maybe Google has no intention of talking about its new wireless earbuds anytime soon. Still, we wouldn’t be surprised if these things got some time in the spotlight next week.

As always, there are a few things we don’t really expect Google to talk about on-stage, but can’t help but hope for anyway. For one, there’s the Pixel 5a 5G, a more affordable version of last year’s Pixel 5. This would normally be the time of year Google shows off a new, budget-friendly Pixel smartphone, but last year’s late release of the Pixel 4a might have thrown off Google’s schedule. When the company confirmed in early April that the Pixel 5a wasn’t canceled after all, a spokesperson noted that the new phone would be revealed “in line with when last year’s a-series phone was introduced.” If you take that at face value, that means we probably won’t get our first looks at Google’s new cheap Pixel until late summer, but who knows — I’m keeping my fingers crossed for an I/O announcement anyway.

And while we’re talking about Pixels, it sure would be nice if Google officially pulled back the curtain on Whitechapel, a homemade mobile processor we’re expecting to debut in the Pixel 6. We could definitely see Google holding off on an announcement for a while, especially since the company hasn’t said anything about the Pixel 6 yet, but now would be a smart time to start getting developers onboard.

All products recommended by Engadget are selected by our editorial team, independent of our parent company. Some of our stories include affiliate links. If you buy something through one of these links, we may earn an affiliate commission. All prices are correct at the time of publishing.
View All Comments
What to expect at Google I/O 2021