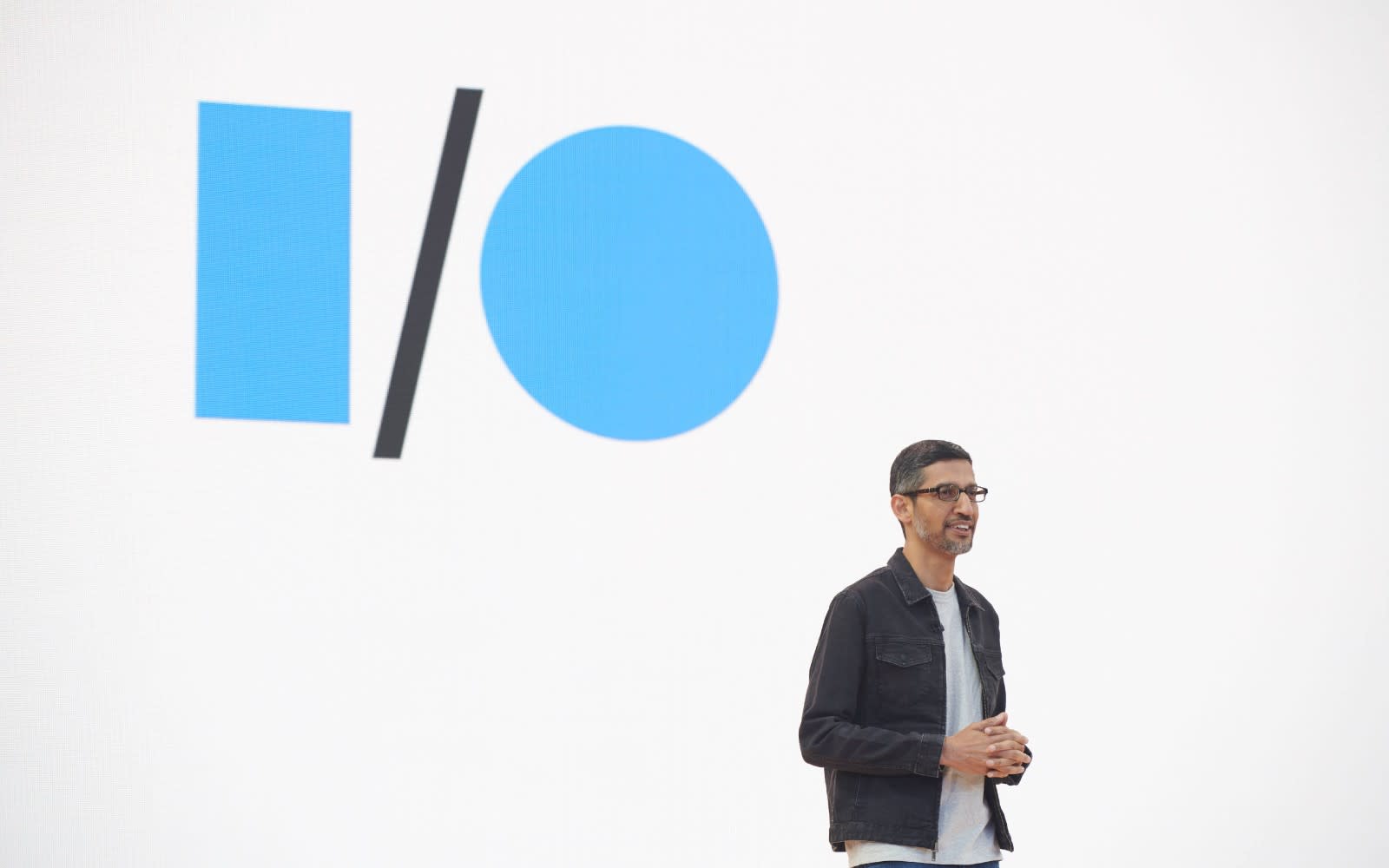 Here's everything Google announced at I/O 2022

New Pixel hardware, in addition to new advances in machine learning and AI.

For the first time since the start of the pandemic, Google’s annual I/O developer conference returned to the historic Shoreline Amphitheatre. In an in-person event that saw the company share details on its latest breakthroughs in AI, machine translation and more, Google also found time to outline some of the hardware it plans to release later this year. In case you missed the chance to watch the event live, here are the biggest announcements from I/O 2022.

Google may have teased its latest flagship devices at I/O, but the company’s new Pixel 6a stole the show. Available to pre-order on July 21st, the $449 device will feature the search giant’s homegrown Tensor AI chipset and a 12-megapixel camera that shipss with the latest version of Google's Magic Eraser photo editing tool. The company also promised to support the Pixel 6a with five years of security updates.

Google only shared a brief glimpse of its latest flagship smartphones at I/O, but we did get to see the Pixel 7 and 7 Pro ahead of their formal debut later this year. The company said both devices would feature its next-generation Tensor chip, and come with a refined design made from recycled aluminum. There’s no word on pricing or availability yet. Expect Google to share those details this fall.

After months of leaks, Google finally confirmed the Pixel Watch is real. Arriving this fall, the wearable features a nearly bezel-less watch face flanked by a “tactile crown.” It runs Wear OS 3 and includes deep integration with Fitbit software for its health and fitness-tracking features. The Pixel Watch will be available later this year, arriving alongside the Pixel 7 and 7 Pro. Google promised to share more details about the wearable in the days and weeks leading up to that point.

While you might have to wait a while to get your hands on the Pixel 7 and Pixel Watch, the new $199 Pixel Buds Pro are coming much sooner. Set to arrive on July 28th, with pre-orders opening on July 21st, key features include support for multipoint connectivity, IPX4-certified waterproofing and active noise cancelation. They’ll also support spatial audio when paired with a compatible Pixel phone.

With the introduction of Google’s new Material You design language, customization was a big part of the appeal of Android 12. The latest version of Google’s mobile operating system will double down on that focus with new features that allow you to personalize your device even more. For instance, one new tool will allow you to set a different default language for all the disparate apps on your phone. Another new feature lets you color match more of the icons on your home screen, not just ones from Google.

Android 13 will also feature a new Wallet app with the option to store your personal government-issued ID on your phone. Safety and security were another focus for Google, with the company noting that Android 13 will protect your privacy by automatically deleting your clipboard history.

And after years of neglect, Google is about to furnish Android with some tablet-specific functionality. Android 13 will introduce new multitasking capabilities on large screen devices, including an updated taskbar and split view. Additionally, the company said it would update many of its first-party apps to take advantage of the new tablet features it plans to introduce with Android 13.

Beyond a renewed software focus, Google is also developing new tablet hardware. We got a brief glimpse of the Pixel Tablet, which the company plans to release sometime in 2023. As with many of the other devices Google showed off today, we didn’t get many details on the Pixel Tablet. But what we do know is that it looks similar to a Nest Hub. It will also run on of the company’s custom Tensor chips.

Lastly, if you want to try Android 13, Beta 2 is available to download today.

Just when you thought the keynote was over, Google had one more piece of news to share. The company revealed it was working on a new pair of augmented reality smartglasses designed to "break down communication barriers." The early prototype Google demoed could transcribe spoken language, providing real-time captions for the wearer. Google didn’t share the name of the prototype device, nor did it say when it might release it to consumers.

It wouldn’t be I/O without Google sharing news on its latest AI and machine learning breakthroughs, and 2022 was no exception. The company had a lot to share on that front, but highlights include enhancements to Translate (which now supports 24 additional languages) and a new "AI Test Kitchen” app that offers a demo of the company’s LaMDA 2 learning model.

The company also announced new feature updates for Workspace, YouTube and Lens. One of the most interesting allows you to check out a new “Immersive View” in Maps for exploring popular tourist destinations.

Follow all of the news from Google I/O 2022 right here!