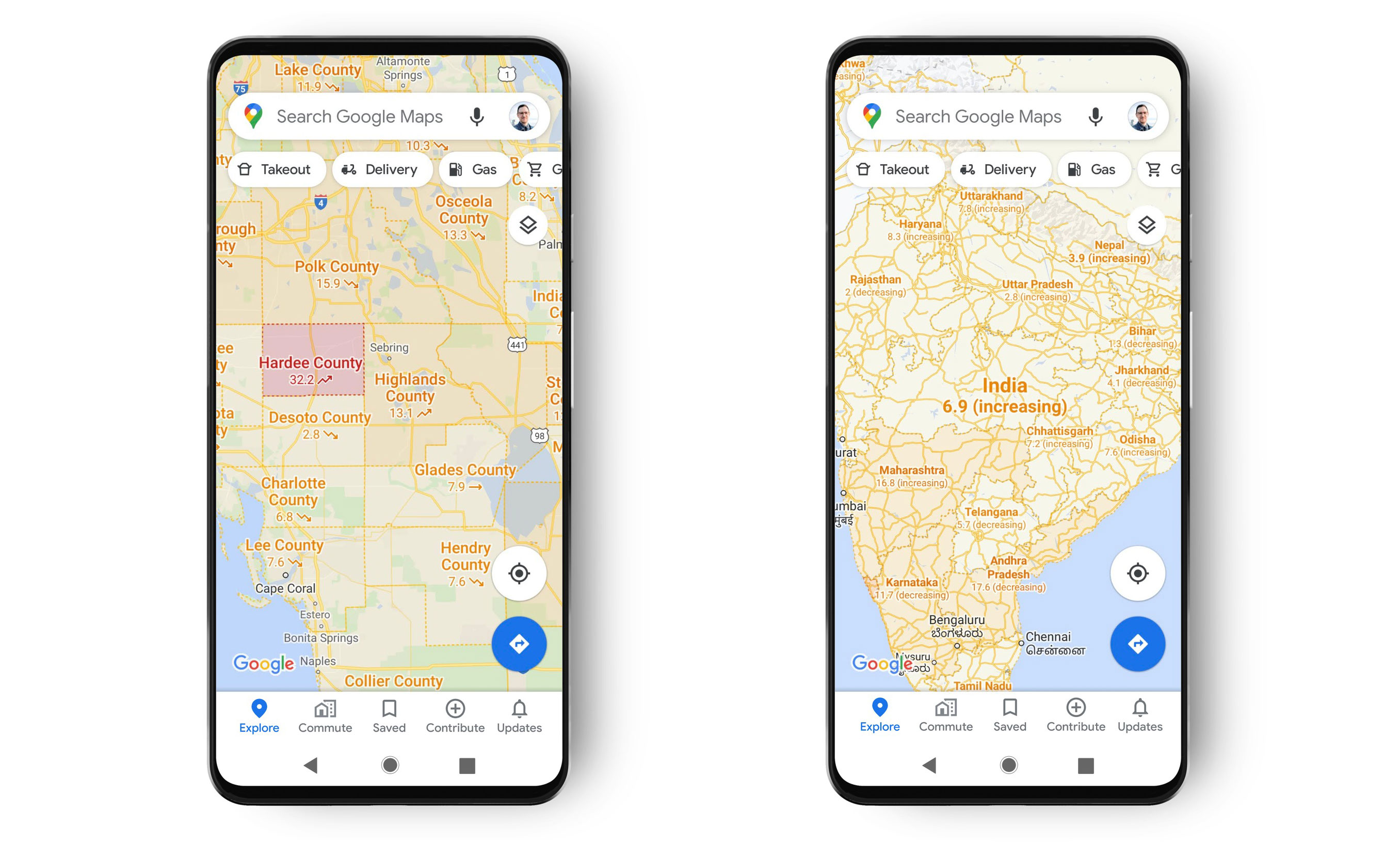 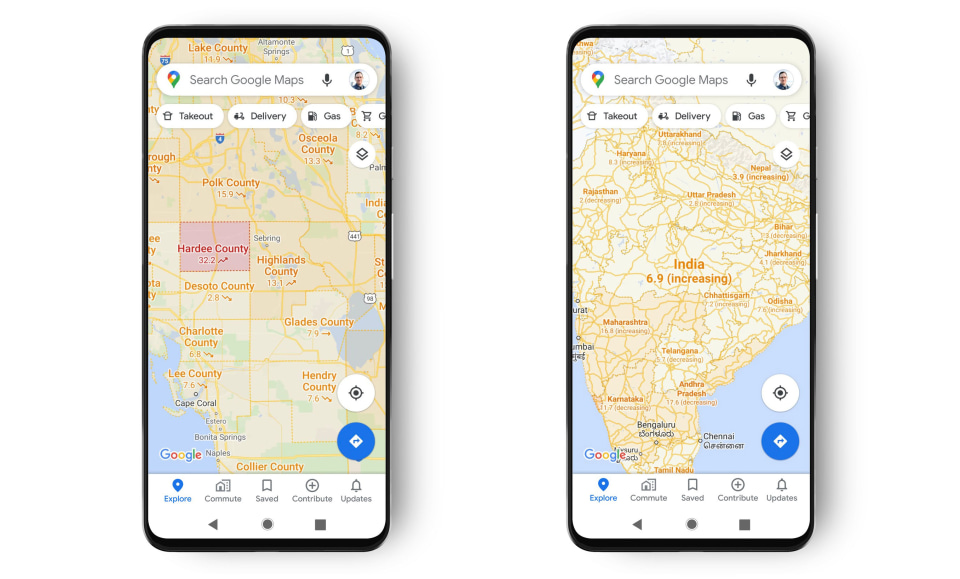 Google has already released a number of COVID-related features on its Maps app, including noting potential transit delays due to the outbreak, the relative busyness of local businesses and tagging the locations of nearby COVID testing sites. On Wednesday, Google announced yet another new feature which will inform users as to whether new cases of the virus are on the rise in the area they want to travel to.

Specifically, the company has released a new layer for Maps which displays the seven-day average of new COVID cases per 100,000 people as well as notes whether that infection rate is increasing or decreasing. This layer pulls its data from a variety of sources including Johns Hopkins University, the New York Times, and Wikipedia which in turn get their data from the likes of the World Health Organization, national governments and area hospitals.

The new layer will work for all 220 countries on the planet and begins rolling out to both iOS and Android throughout this week.

In this article: iOS, google, maps, covid-19, Android, news, gear
All products recommended by Engadget are selected by our editorial team, independent of our parent company. Some of our stories include affiliate links. If you buy something through one of these links, we may earn an affiliate commission.