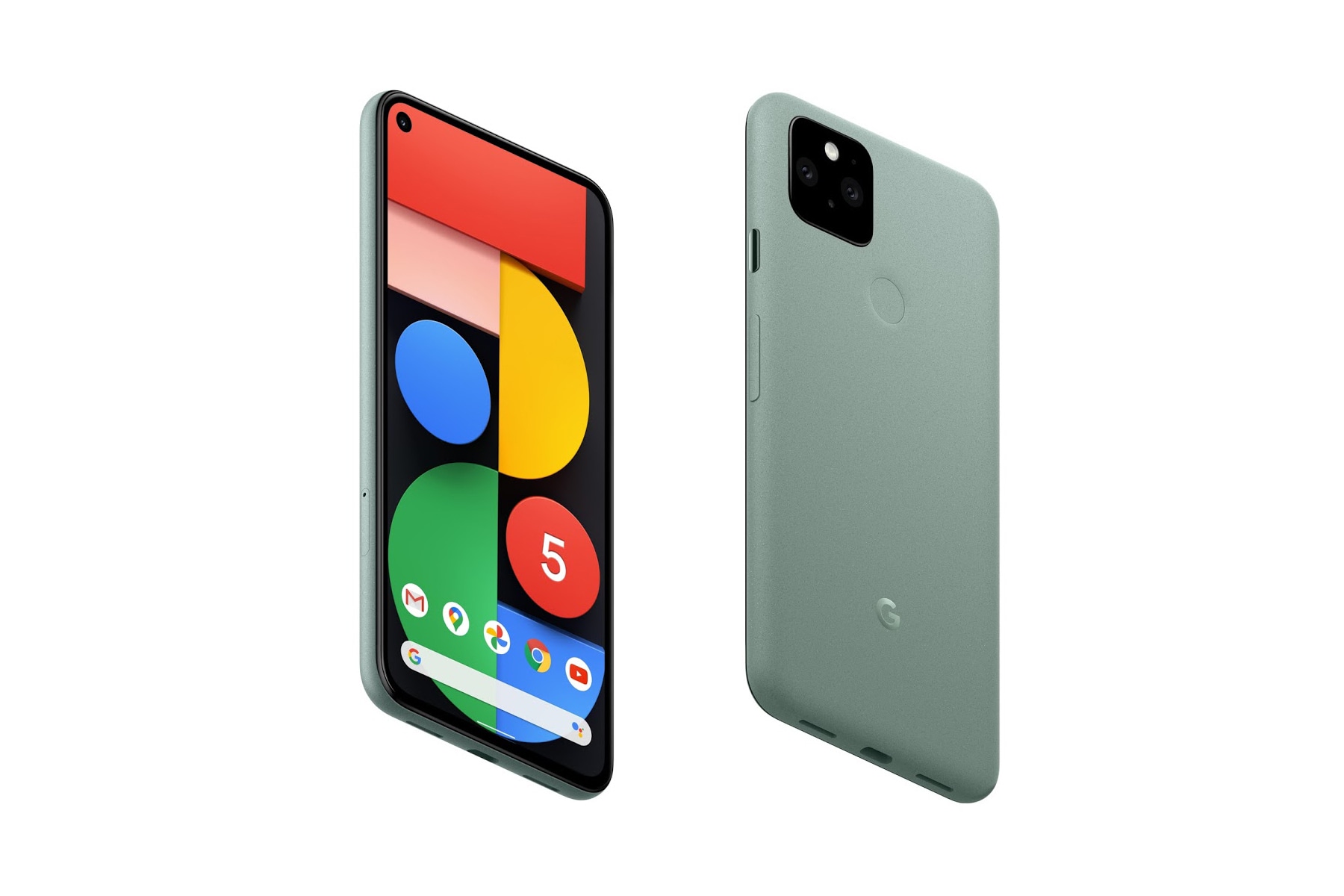 It’s October, so despite the weird year we’re having, Google is hosting a (virtual) event to show off its latest smartphone, the Pixel 5. And yes, it has 5G connectivity on board. It’s also a lot cheaper than last year’s phone, starting at $699.

As usual, plenty of details about the Pixel 5 leaked in advance, and we also got an idea of what to expect from the Pixel 4a, which arrived this summer. The most notable design change for the 4a was its no-notch screen, which included a pinhole front-facing camera. The same style screen is here on the Pixel 5 — as expected, it’s a 6-inch, 2340 x 1080 screen that sits between the 5.7-inch display on the Pixel 4 and the 6.3-inch one on the 4 XL. (Speaking of the XL, there isn’t one this year; there’s just one Pixel 5.) It also includes the faster 90Hz refresh rate Google introduced in last year’s Pixel 4.

Like last year’s Pixel, the 5 has a dual camera on the back. But instead of going with the standard and telephoto arrangement, Google swapped out the telephoto lens for an ultra wide angle shooter. Given how popular cameras like this have been on phones from Apple and Samsung (among others), it’s not a big surprise to see Google fall in line here. The same 12-megapixel sensor that Google has used for its last few phones is here, but this time it’s paired with a 16-megapixel sensor for the wide-angle shooter.

Google is also bringing back the fingerprint sensor that went missing from last year’s Pixel 4. Gone is the face unlock feature that didn’t quite set the world on fire. Also missing this year are the odd, touch-less controls that were powered by an ultra-wideband radar sensor above the screen. Not a huge loss, as Google’s Motion Sense feature never turned out to be more than a gimmick.

As for the internals, Google isn’t putting the latest and greatest processor inside the Pixel 5. As suspected, the company is cutting a corner here, likely in the name of affordability. The processor is a Snapdragon 765G, and the Pixel 5 has 8GB of RAM. Those specs are more modest than you’ll find on the latest Samsung flagship, but given how well the Pixel 4a runs on even more modest hardware, we’re hoping the 5 should be similarly speedy.

One of the big knocks on most Pixel phones has been battery life. We can’t vouch for how the Pixel 5 will stack up, but the good news is that it at least includes a 4,000mAh battery, which is much larger than the batteries in previous Pixel phones. The Pixel 5 includes Qi wireless charging, and you can share the battery to wirelessly charge up a set of Pixel Buds. It’s also water-resistant; like wireless charging, this is another feature to differentiate it from the cheaper Pixel 4a.

In this article: google, pixel5, pixel 5, pixel5event, news, gear
All products recommended by Engadget are selected by our editorial team, independent of our parent company. Some of our stories include affiliate links. If you buy something through one of these links, we may earn an affiliate commission.