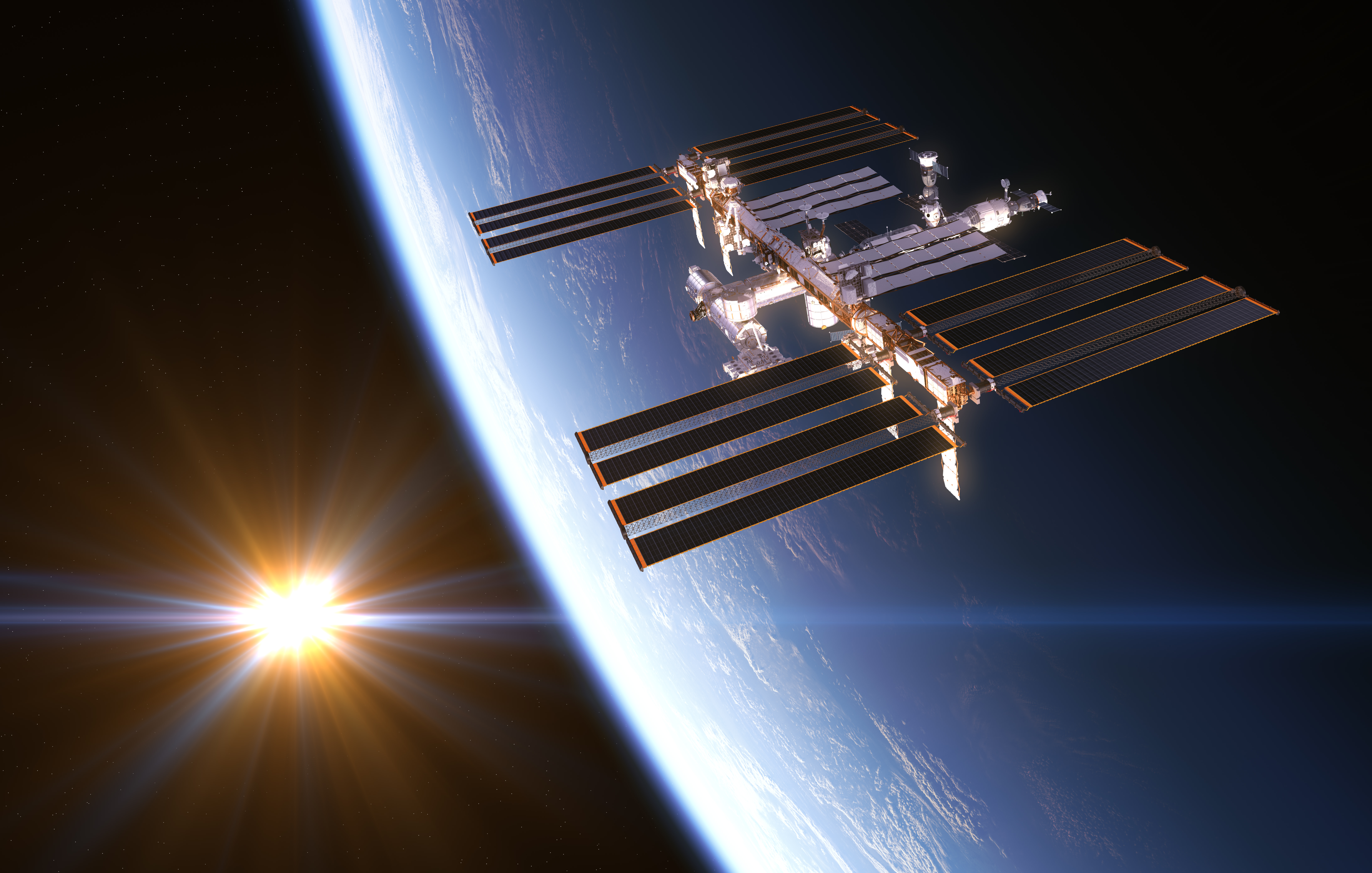 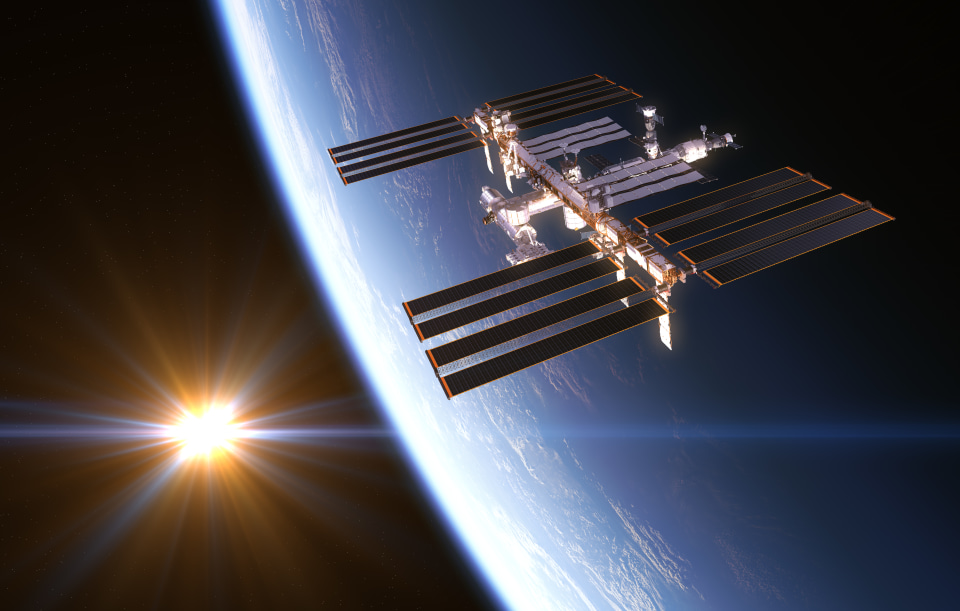 Despite starry-eyed promises by the likes of SpaceX and Blue Origin, only a handful of humans will actually experience existence outside of Earth’s atmosphere within our lifetime. The rest of us are stuck learning about life in space second hand but that’s where How to Astronaut by former ISS commander Colonel Terry Virts comes in. Virts shares his myriad experiences training for and living aboard the ISS — everything from learning Russian and space-based emergency medicine to figuring out how to unpack an autonomously-delivered cargo shipment or even prep a deceased crew member for burial among the stars — through a series of downright entertaining essays.

And where many titles of this genre can become laden with acronyms and technical jargon, How to Astronaut remains accessible to aspiring astronauts of all ages. Just maybe don’t read the story below about how the ISS crew thought they were all going to die from a toxic ammonia leak to your 6-year-old right before bed.

Excerpted from How to Astronaut: An Insider’s Guide to Leaving Planet Earth by Terry Virts (Workman). © 2020.

For all the emergency training I went through as an astronaut, I never expected to be holed up in the Russian segment of the ISS, the hatch to the US segment sealed, with my crew waiting and wondering—would the space station be destroyed? Was this the end? As we floated there and pondered our predicament, I felt a bit like the guy in the Alanis Morissette song “Ironic,” who was going down in an airplane crash, thinking to himself, “Now isn’t this ironic?” This is how we ended up in that situation.

Every space station crew trains for all types of emergencies—computer failures, electrical shorts, equipment malfunctions, and more serious fire and air leak scenarios. However, on the International Space Station, the most dangerous of all is an ammonia leak. In fact, our NASA trainers used to tell us, “If you smell ammonia, don’t worry about running the procedure, because you’re going to die anyway.” That sure instilled confidence.

A few months after arriving in space, we were having a typical day. My crewmate Samantha Cristoforetti and I were each in our own crew quarters, going through email and catching up with administrative work, when the alarm went off. The sound of the ISS alarm is exactly what you would think a proper space alarm should sound like—a cross between a Star Trek alarm and a sci-fi B-movie klaxon. When it goes off, there is no doubt that something significant is happening. Sam and I both popped our heads out of our respective quarters and glanced at the alarm panel.

When I saw the ATM alarm lit up, my first thought was, “Atmosphere— there must be an atmosphere leak.” The ISS had occasionally had an air leak false alarm over its fifteen-year history, and I thought it must be one of those. However, that is not what ATM means—it stands for toxic atmosphere, most probably from an ammonia leak. Significantly, this alarm was going off for the first time in ISS history. My brain couldn’t believe it, so I said to Samantha, “This is an air leak, right?” To which she immediately responded “NO—ammonia leak!”

Jolted back to reality, we jumped into action. Gas masks on. Account for everyone; we didn’t want anyone left behind. Float down to the Russian segment ASAP and close the hatch between the US and Russian segments. The US segment uses ammonia as a coolant, but the Russian segment doesn’t, so the air should be safe there. Remove all clothes in case they’re contaminated. Nobody smelled ammonia, so we skipped this step! Close a second hatch to

keep any residual ammonia vapors on the American segment. Get out the ammonia “sniffer” device to make sure there isn’t any of that deadly chemical in the atmosphere on the Russian segment. All clear. Then, await word from Houston. . . .

Fifteen long, suspense-filled minutes later, we got the news—it was a false alarm. We let out a collective sigh of relief; the station wouldn’t be dying today! Whew. Similar to frequent fire alarms and rare air leaks, ammonia leak was just added to the collection of ISS false alarms. We put away the ammonia detector, floated back to the US segment, and started to clean up the mess that we had left floating in midair when that alarm went off.

Then we received an urgent call. “Station, Houston, execute ammonia leak emergency response, I say again, execute emergency response, ammonia leak, this is not a drill!” Pretty unambiguous. Only this time the warning had come via a radio call, not via electronic alarm. After the false alarm I knew that an army of NASA engineers were in mission control, poring over every piece of data they had, trying to determine if this had been a false alarm or the real thing. Now that mission control had confirmed that it was an actual leak, there was no doubt in my mind that this thing was real. No way all those NASA engineers got this call wrong. Having worked in mission control for nearly a decade myself, I had complete confidence in our flight director and flight control team. When they said, “Execute ammonia response,” I put the mask on, shut the hatch, and asked questions later.

It was like a scene out of European Vacation—“Look kids! Big Ben!”—or maybe Groundhog Day. Oxygen masks activated—check. US segment evacuated with nobody left behind—check. Hatch between US and Russian segments closed and sealed—check. Get naked—nope. No ammonia in the Russian atmosphere—check.

By this point, we had run the ISS ammonia leak procedures twice within an hour of each other. We had a quick debrief as a crew to discuss how we handled the emergency, what checklist steps were missed, what could have been done better, and what we needed to report to Houston. By this point, it was very obvious that there would be a lot of meetings happening in Houston and Moscow and that everybody in the NASA chain of command would be aware of our predicament.

Very quickly the gravity (pun intended) of the situation hit us. Using ammonia as the coolant for the American half of the ISS had worked well for decades, but we were acutely aware of its danger. Thankfully, the engineers who designed the station did a great job making a leak extremely unlikely, but the possibility was always there. On the other hand, the Russian glycol-based coolant is not dangerous, which is why the whole station crew would safe haven there in the event of an ammonia leak.

Besides the danger of the crew breathing in toxic fumes, there was a risk to equipment. The ISS has two ammonia loops, a series of tanks and pipes that carry heat from the station’s internal water loops to the external radiators. If one leaked out to space, there would still be a second available to cool equipment. It would be a serious loss of redundancy for the station, especially given that there is no longer a space shuttle to restock the station with the massive ammonia tanks needed to fill a loop. It would be ugly, but survivable.

What is not survivable, however, is having that ammonia leak to the inside of the American segment. First of all, if the entire contents of an ammonia loop came inside the station, it would probably overpressurize and pop the aluminum structure of one or more of the modules, like a balloon being overfilled with air. Mission control could avert this problem by venting the ammonia to space—we would lose the cooling loop, but it would prevent the station from popping. Months after returning to Earth, I learned that Houston had been seriously considering that option during our emergency, and it was only averted because of a tough—and ultimately correct—call by our flight director. That’s why those guys get paid the big bucks—they are some of the smartest and most competent people I have ever worked with. However, even if you averted a catastrophic “popping” of structure, there would still be the problem of ammonia in the US segment.

If even a small amount of ammonia were present in the atmosphere, it would be difficult, if not impossible, to remove. The only scrubber we had was our ammonia masks, so theoretically you could have an astronaut sit in a contaminated module, breathing the contaminant out of the air and into the mask filter, and over time enough of this scrubbing would lower the ammonia concentration, but as the poor astronaut sat there cleaning the air he would also be covered in ammonia, and convincing his fellow crewmates on the Russian segment to allow him back to their clean air would be problematic, to say the least. There would need to be some sort of shower and cleaning system to completely clean him up, which of course doesn’t exist in space. It would be a similar situation to soldiers in a chemical warfare environment, or the Soviet soldiers in the recent miniseries Chernobyl. Dealing with a toxic environment on Earth is difficult enough, but in space it would be nearly impossible. The reality is that an actual leak into the American segment would make a significant portion of the ISS uninhabitable, and if there were no crew there when the equipment broke down, there would be nobody to fix it.

A real ammonia leak would eventually lead to the slow death of the US half of the ISS, which would then lead to the end of the entire station. We knew this and spent our afternoon staring at each other, wondering out loud how long it would be before they sent us home, leaving the space station uninhabited and awaiting an untimely death.

Later that evening, we received a call from Houston. “Just kidding, it was a false alarm.” That was a huge false alarm. It turned out that some cosmic radiation had hit a computer, causing it to kick out bad data regarding the cooling system, and it took Houston hours to sort out what was really happening. Because that call from Houston had told us that it was a real leak, we all believed it—we knew that the folks in mission control were some of the best engineers in the world and that they would be 100 percent sure before making a call like that. So we were very relieved to get that call.

In this article: Hitting the Books, hittingthebooks, space, how to astronaut, ISS, workman, feature, tomorrow
All products recommended by Engadget are selected by our editorial team, independent of our parent company. Some of our stories include affiliate links. If you buy something through one of these links, we may earn an affiliate commission.