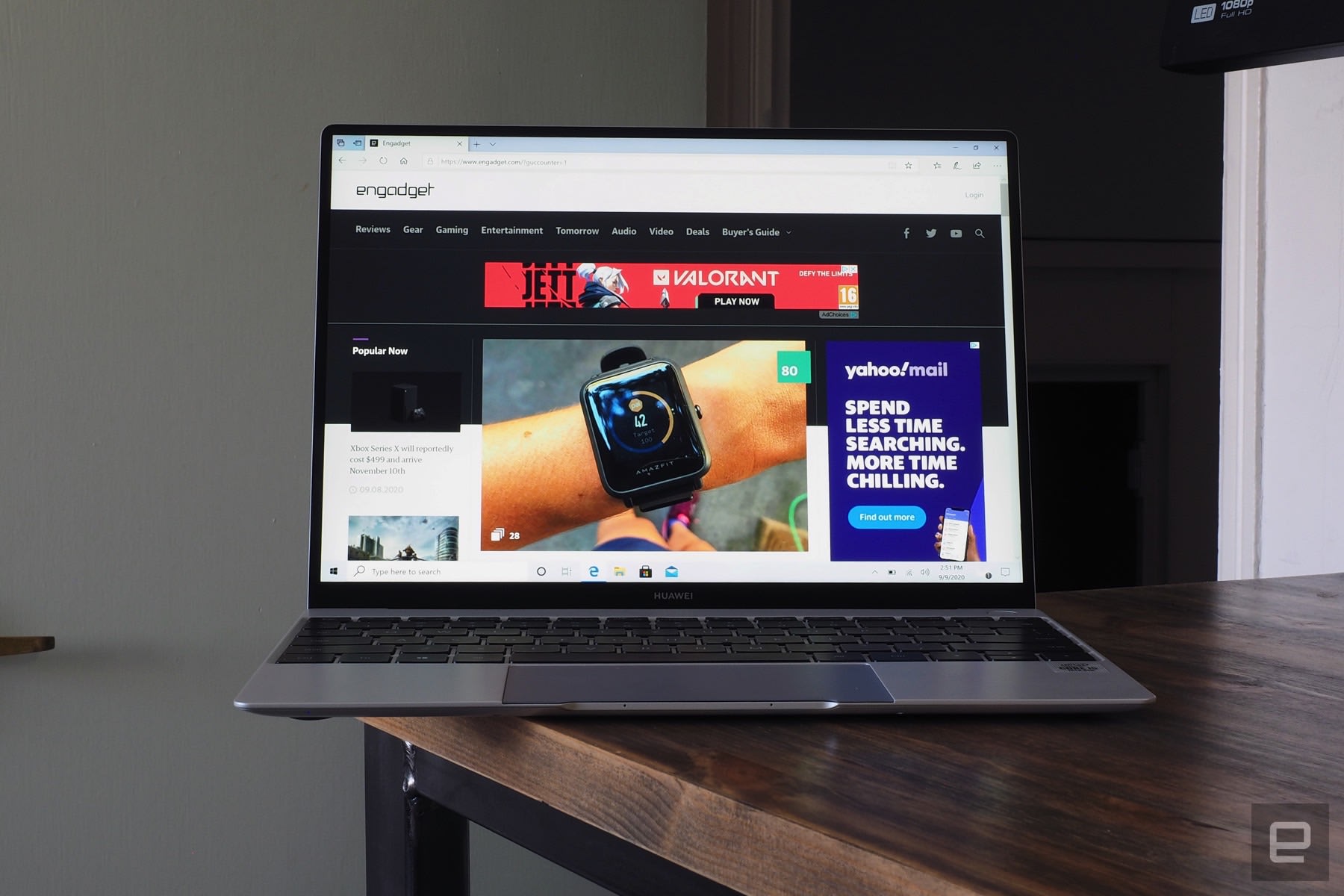 It’s a shame that Huawei is the most controversial hardware company in technology. Its laptop products have been getting progressively better in the last few years, but so few people in the US will ever see them, let alone buy one. Today the company is updating its MateBook X, the 13-inch ultra-ultra portable machine, and at first blush, it’s stunning 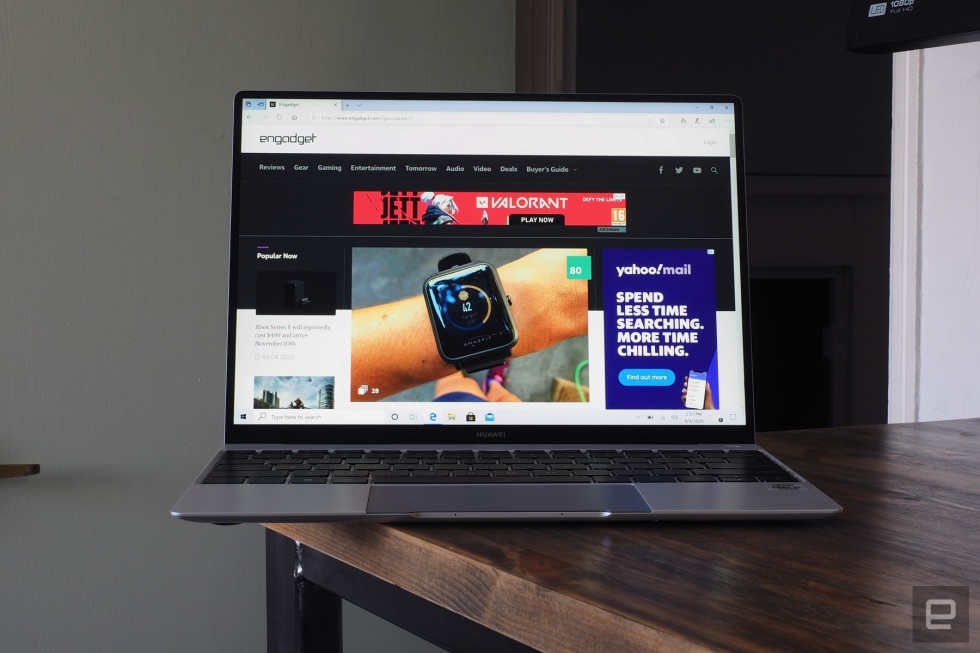 Modeled after Apple’s suffix-less MacBook (RIP), the MateBook X is a stripped-down machine designed to travel. It’s the third-generation of this machine that the company has made, and each one has progressively refined the design. And, really, there’s very little that Huawei needs to do, since this machine is about as streamlined as premium laptops get.

It weighs 2.2 pounds and measures less than a sheet of letter paper, with the same two USB-C ports and a 3.5mm headphone jack found on its predecessor. Mercifully, the machine ships with a USB-C dock that includes USB-A, VGA and HDMI ports in the box. Open the lid and you’ll see a 3K (278ppi) LTPS touchscreen, 400-nit display that shows 100 percent of the sRGB color gamut.

As with previous Huawei models, the keyboard has generous 1.3mm travel and is only marred by the lack of a satisfying click at the bottom of each press. The power button doubles up as a fingerprint reader and as usual, the camera is recessed into the keyboard. Image quality on Huawei’s keyboard webcams has never been great and the angle is still unflattering at short distances.

Huawei also crammed its Share NFC Pad -- which connects compatible Huawei phones with a tap -- into the MateBook X’s touchpad. That’s a pretty elegant move, especially since it removes the need for a sticker (I hate stickers) on the laptop deck itself. And the touchpad itself is far better on previous Huawei models, with much more responsive haptics.

Huawei said that the prototype MateBook X that I tested was not final hardware and is just for photography. The company said that, while we could talk about it in general terms, we couldn't discuss its performance, as it wouldn’t be representative. This is, alas, one of the odder kinks of covering shows remotely.

We can say, however, that depending on the territory, users can opt for Intel’s Core i5-10210U CPU or the Core i7-10510U. Both are 14-nanometer chips that offer respectable but very clearly throttled performance in a machine that has no active cooling.

Without a fan, this chip will run hot (and slow) if you give it too much work to do, such is the nature of its design. Huawei has, however, said that the laptop’s hinge has been tweaked to offer better thermal conductivity to help soften the blow of this fanless design.

The company says that we can expect around nine hours of video playback to be squeezed out of this 42Wh battery, with that shrinking to 7.5 hours if you’re web browsing. In all honesty, you would probably not want to run any intensive applications on this, which is designed for portability above all else.

The first MateBook X had speakers designed in partnership with Dolby in order to make them not sound terrible. Even on hardware that isn’t final, the new laptop’s quad-speaker array certainly doesn’t get tinny or rattle when things get loud, although it’ll hardly fill a room with sound. You wouldn’t know, either, that two of the speakers are hidden underneath the laptop’s shift keys, in another smart bit of engineering.

In this article: Ultraportable, IFA 2020, MateBook X, Whiskey Lake, Huawei, MateBook, news, gear
All products recommended by Engadget are selected by our editorial team, independent of our parent company. Some of our stories include affiliate links. If you buy something through one of these links, we may earn an affiliate commission.