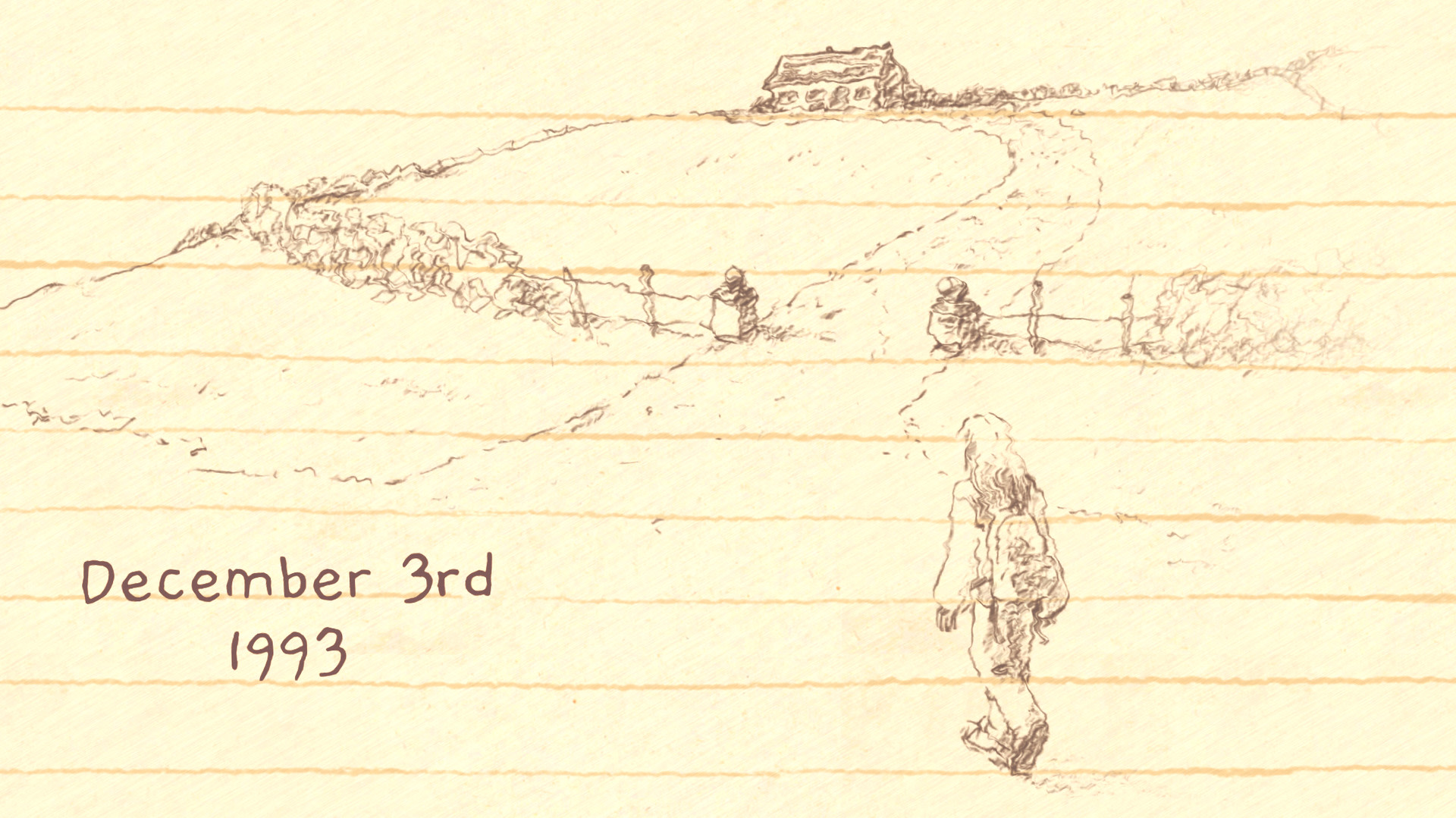 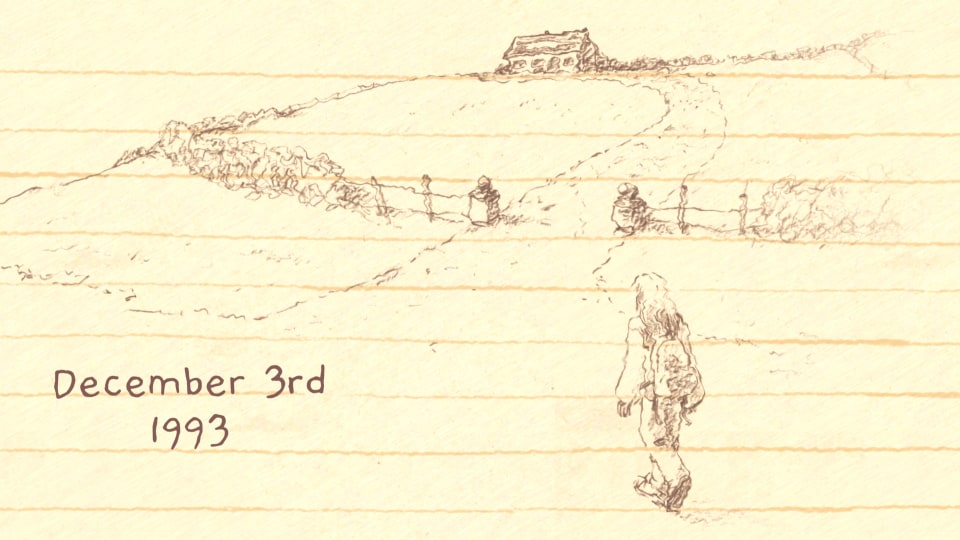 If Found… should be particularly poignant on Switch. Its main mechanic is erasure, flipping through the pages of the main character’s journal and rubbing away the memories there. It’s the 1990s and Kasio, a young transgender woman, returns to an unsupportive mother and brother in her small Irish hometown; she reconnects with old friends and finds a chosen family, parties in an abandoned mansion, dances at punk shows, kisses a friend, and falls into a dark depression.

Throughout it all, a black hole inches closer to Earth, promising destruction. Kasio’s life is on the next page, and as the player, it’s your job to make it all disappear.

“Erasing is powerful,” lead designer Llaura McGee said. “The erasing came first and the game and story came with it. I think we're all attracted to it, it's satisfying and powerful as a mechanic. Tetris is an erasing game.”

The journal-erasing mechanic is distinctly physical when playing the Steam version with a mouse or dragging a finger across an iPhone screen, but on the Switch, this movement should feel more natural and dramatic. In handheld mode, the Switch edition of If Found… includes a touchscreen option, and developers at Dreamfeel have added an extra chapter, fresh narrative scenes, new artwork from illustrator Liadh Young, and interactive epilogues exploring the futures of each character in the game.

“Erasing has all these complicated emotions, it can be uplifting but it can be bittersweet too,” McGee said. “In the epilogue, Kasio is asked about the destroyed journal and it's up to the players whether they're sad about it or whether they're excited for the future.”

The Switch version of If Found… lands on October 22nd. The game is set in the ’90s, but it’s being released in 2020, in an era of woke thinking, when gay and transgender people are more out than ever before. McGee came of age as a trans woman in Donegal, a town at the mouth of a river in northeastern Ireland.

“The internet specifically has made everyday gay and trans people a lot more visible, which helps a lot in coming out to yourself,” she said. “When I grew up in Donegal, trans people did not exist in any way, or so I thought anyway. In the ’90s when Kasio came out, she was able to blend and disappear, not necessarily a good thing but a necessary thing back then.”

Today, coming out is becoming normalized, but it remains deeply personal, confusing and stressful for many LGBTQ+ people. With an uptick in the visibility of gay and transgender folks, there’s been an equal and opposite reaction from conservative extremists, and hate crimes are on the rise across the globe.

“Particularly across the Irish sea in the UK,” McGee said. “And the situation is even worse in countries like Poland, Hungary and Russia for LGBT rights. Generally there is more misinformation and vitriol than ever, so even in countries that like to position themselves as socially progressive it can be dangerous, depending on your family, age, or financial situation. So unfortunately I'm sure there are lots of folks still struggling with it, or who can't because it isn't safe. Coming out today is less of an initially lonely experience, but a very delicate one too.”

If Found… presents the emotional intricacies of growing up, coming out and finding love in a raw and approachable environment, using a familiar mechanic. The game is contained to the pages of Kasio’s journal, except for the moments when it zooms out and focuses on the black hole quietly threatening to eat the planet, and the two astronauts trying desperately to stop it.

The black hole seems antithetical to the game’s sketchy, journal-bound storyline, but it’s an important aspect of Kasio’s journey. It’s the physical manifestation of the terror, loneliness, shame and self-hatred that she encounters, all-consuming and impossible to outrun.

“It's what I felt,” McGee said. “I think the fantastical can feel more real sometimes, it's emotionally real. It's interesting to me how the role of the black hole changed during development. At one point I was toying with the idea of the black hole being inside Kasio, this dark emptiness that prevented her making relationships. There was a point without it in the story at all, and the story missed its emotional gravity.”

If Found… makes perfect sense on Switch. It’s a relatively short game, coming in at an hour or two of playtime, and McGee hopes it will appeal to players who enjoy titles like Undertale and Stardew Valley. She says the Switch edition is the best version of the game, if only for the nostalgia factor of playing it in the living room, on a big television.

“It feels more real,” McGee said. “It's weirdly different playing a game on a TV than a monitor. It might just be my childhood, but it's what feels most like a video game. Besides an Xbox Indies game 10 years ago, this is my first game on a console, so that's really special.”

In this article: If Found, Dreamfeel, Annapurna Interactive, indie, Switch, gaming
All products recommended by Engadget are selected by our editorial team, independent of our parent company. Some of our stories include affiliate links. If you buy something through one of these links, we may earn an affiliate commission.