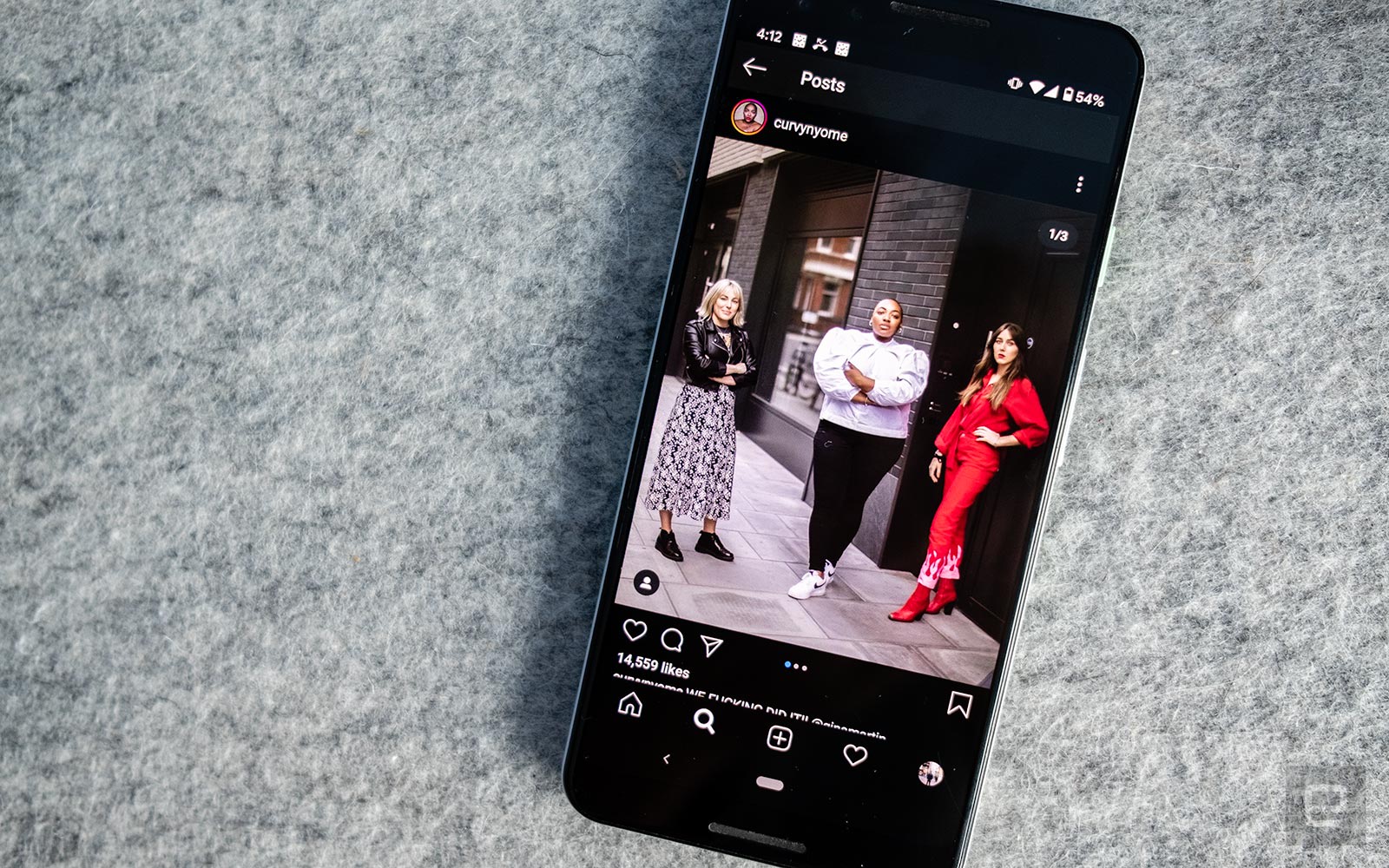 Following a three-month community campaign, The Guardian reports Instagram is changing its policy on female nudity. Starting this week, both Instagram and Facebook say they will allow “content where someone is simply hugging, cupping or holding their breasts.” The change comes after Black, plus-size and other marginalized communities accused the platform of discriminately applying its nudity rules to non-white women.

In August, Instagram repeatedly deleted a series of photos of Nyome Nicholas-Williams that showed the Black plus-size model with her arms over her bare chest. Nicholas-Williams argued that Instagram censored her while simultaneously allowing similar photos of thin, white women to stay up on the platform with little or no penalty. "Millions of pictures of very naked, skinny white women can be found on Instagram every day," she told The Guardian at the time. "But a fat black woman celebrating her body is banned? It was shocking to me. I feel like I'm being silenced." Other Black, plus-size and marginalized creators found Instagram did the same with their photos, and the enforcement action led to a groundswell of online activism centered around the #IWantToSeeNyome hashtag.

WE FUCKING DID IT!! @ginamartin @alex_cameron and I...we changed an Instagram policy! Look what happens when three women set out to change the world! We have put our heart and souls into this campaign and to see it come to fruition is insane! The observer newspaper (which is out today) has covered the campaign from the beginning and have written another article which highlights the hard work Gina, Alex and I have done (although it states they launched the campaign) this is in fact not the case as Gina, Alex and myself strategised for three months to ensure a change would happen. Hang tight for the full details of the policy change, as I will be detailing more information soon. We worked very hard on this and managed to get Instagram and @mosseri attention and there's still a lot of work to be done, as black plus sized women continue to be censored in many ways; and white women STILL tried to hijack and make it their campaign. There is of course a huge racial imbalance in the algorithm that still exists as white bodies are promoted and don't have to worry about censorship of their posts but black bodies still have to justify presence on the platform, this has also been brought to Instagrams attention! But when we put our minds to it... we can achieve literally ANYTHING!! I’d like to thank the 16 amazing humans that put their names to our open letter and that helped us push our campaign forward! The Instagram policy changes on the 28th, it outlines the difference between 'breast holding' or 'cupping' which is a celebration of body and 'breast grabbing' which is deemed to be pornographic, these images are censored to protect underage users but this policy change should allow them to better differentiate self expression/ art from pornographic content. Hopefully this policy change will bring an end to the censorship of fat black bodies. The last three have been absolutely wild to say the least but we move and move things we did! 🙌🏽💫

A spokesperson for Instagram told The Guardian it had made a mistake when it deleted the photos. “As we looked into this more closely, we realized it was an instance where our policy on breast squeezing wasn’t being correctly applied,” they said. “Hearing Nyome’s feedback helped us understand where this policy was falling short, and how we could refine it.”

In a follow-up with Engadget, a spokesperson for Instagram said photos that show a person squeezing their chest, with a distinct change in the shape of the breasts, are still against the company’s rules. The company says it will continue to censor those to protect users under the age of 13. In instances where there might be some doubt, Instagram says it will instruct its reviewers to leave the content up.

“We are grateful to our global community for speaking openly and honestly about their experiences and hope this policy change will help more people to confidently express themselves,” Carolyn Merrell, global head of policy programs at Instagram, told Engadget. “It may take some time to ensure we’re correctly enforcing these new updates but we’re committed to getting this right.”

For her part, Nicholas-Williams welcomed the announcement. “Hopefully this policy change will bring an end to the censorship of fat black bodies,” she wrote in an Instagram post celebrating the victory.

In this article: Social media, Facebook, instagram, social networking, internet, news, gear
All products recommended by Engadget are selected by our editorial team, independent of our parent company. Some of our stories include affiliate links. If you buy something through one of these links, we may earn an affiliate commission.