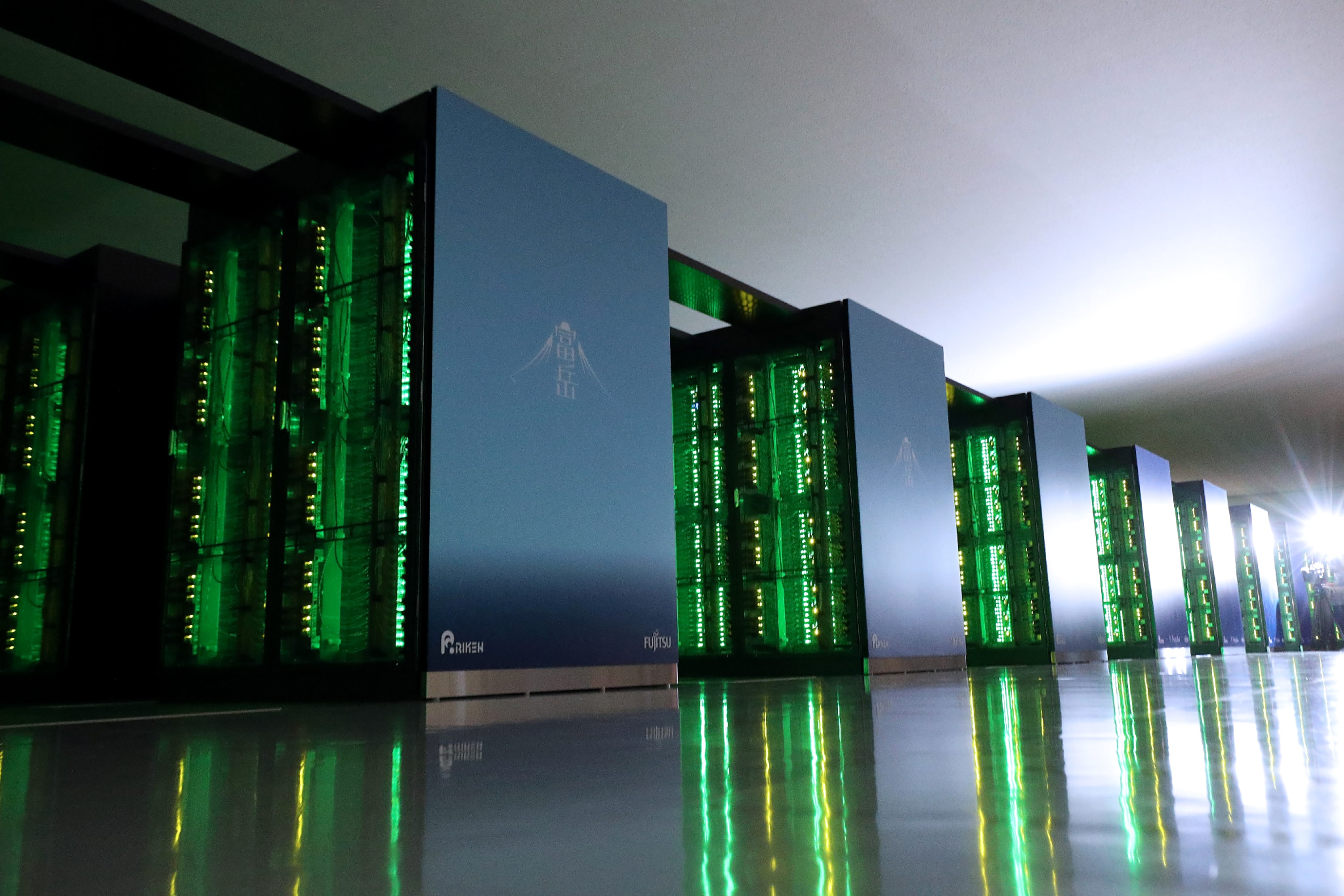 On the same day that Apple announced its plan to transition to its own silicon on Mac, the Top500 crowned an ARM-based build as the world's most powerful supercomputer. The announcement marks the first time a system with ARM processors has debuted on the number one spot on the list. What's more, the supercomputer is located in Japan, not the US or China like so many of the systems that have dominated the list in recent years.

At the heart of the RIKEN Center for Computational Science's Fugaku supercomputer is Fujitsu's 48-core A64FX system-on-a-chip. Working together, 158,976 of these chips put up a benchmark of 415.5 petaflops and a peak performance of 1 exaflop. To put that performance in perspective, Oak Ridge National Lab's Summit supercomputer in Tennessee was previously number one on the list with 148.8 petaflops of computing power, making Fugaku 2.8 times more powerful than that system.

Fujitsu licensed the designs for the processor from ARM, which is owned by Japanese carrier SoftBank. The system cost more than $1 billion and took about six years to design and build. According to The New York Times, researchers are already using Fugaku to help with coronavirus-related research.

In recent years, x86-based systems featuring processors made by Intel and AMD have been the most common sight on the Top500; only four ARM-based supercomputers appear on the current list. What's also notable about Fugaku is that it doesn't include any dedicated GPUs to help with artificial intelligence applications.

As these things usually go, Fugaku is unlikely to hold the number one spot for long. With help from AMD, Cray Computing is building a 1.5 exaflop system for the Department of Energy and Oak Ridge National Laboratory. Cray is also making an Intel-based exascale system for the Argonne National Laboratory. Both supercomputers are slated to debut sometime in 2021. Still, it's a significant accomplishment for Japan in a space dominated by China and the US. They two countries have 340 supercomputers on the Top500 between them.

In this article: japan, ARM, SoftBank, personal computing, science, supercomputer, news, gear
All products recommended by Engadget are selected by our editorial team, independent of our parent company. Some of our stories include affiliate links. If you buy something through one of these links, we may earn an affiliate commission.