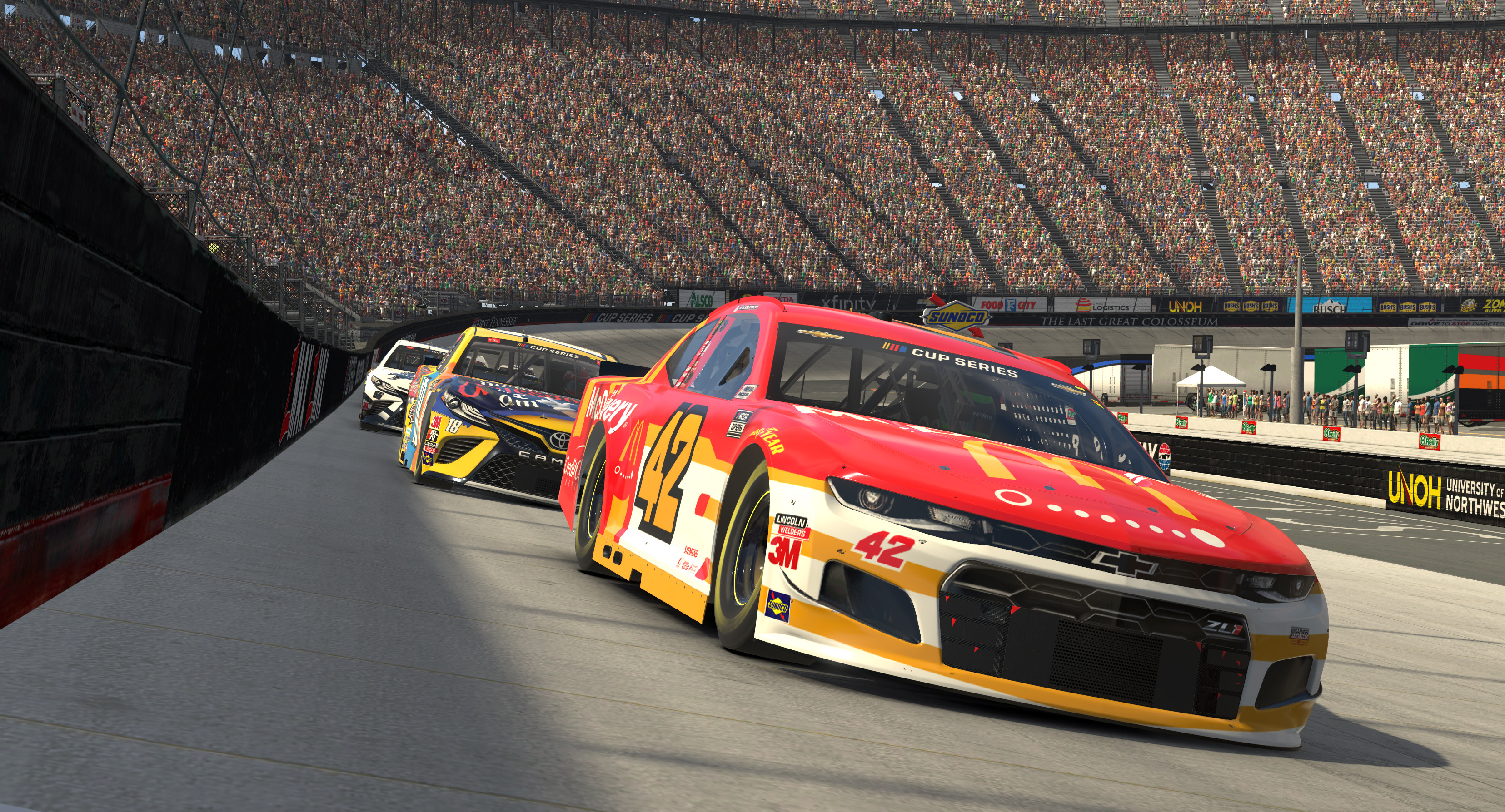 The switch from real-life racing to esports has been increasingly popular with viewers — NBC reports that last weekend’s iRacing Indycar Challenge at MIS brought in 25 percent more viewers than the first event — but slightly tricky for racers. Not because of the difference in the action, but in the way people can see and hear everything you do.

Last week Bubba Wallace lost a company that sponsored his real and virtual race car after dropping out of a race when someone wrecked him 11 laps in, and now fellow driver Kyle Larson has been fired from his spot driving the #42 for Chip Ganassi Racing after uttering a racial slur during another iRacing event. He was apparently checking his microphone connection with his spotter and said “You can’t hear me? Hey (n-word)” while he was part of the live broadcast.

The race was for fun and not part of NASCAR’s live events that have been replacing canceled races, but when sponsors like McDonalds, Credit One Bank and Chevrolet dropped support, the team was forced to cut ties with Larson after initially suspending him. Larson, who was positioned to enter free agency after the season (whenever racing resumes), posted an apology on his social media accounts.

In this article: motorsports, esports, iracing, Kyle Larson, racing, NASCAR, news, gaming, entertainment, esportssg
All products recommended by Engadget are selected by our editorial team, independent of our parent company. Some of our stories include affiliate links. If you buy something through one of these links, we may earn an affiliate commission.