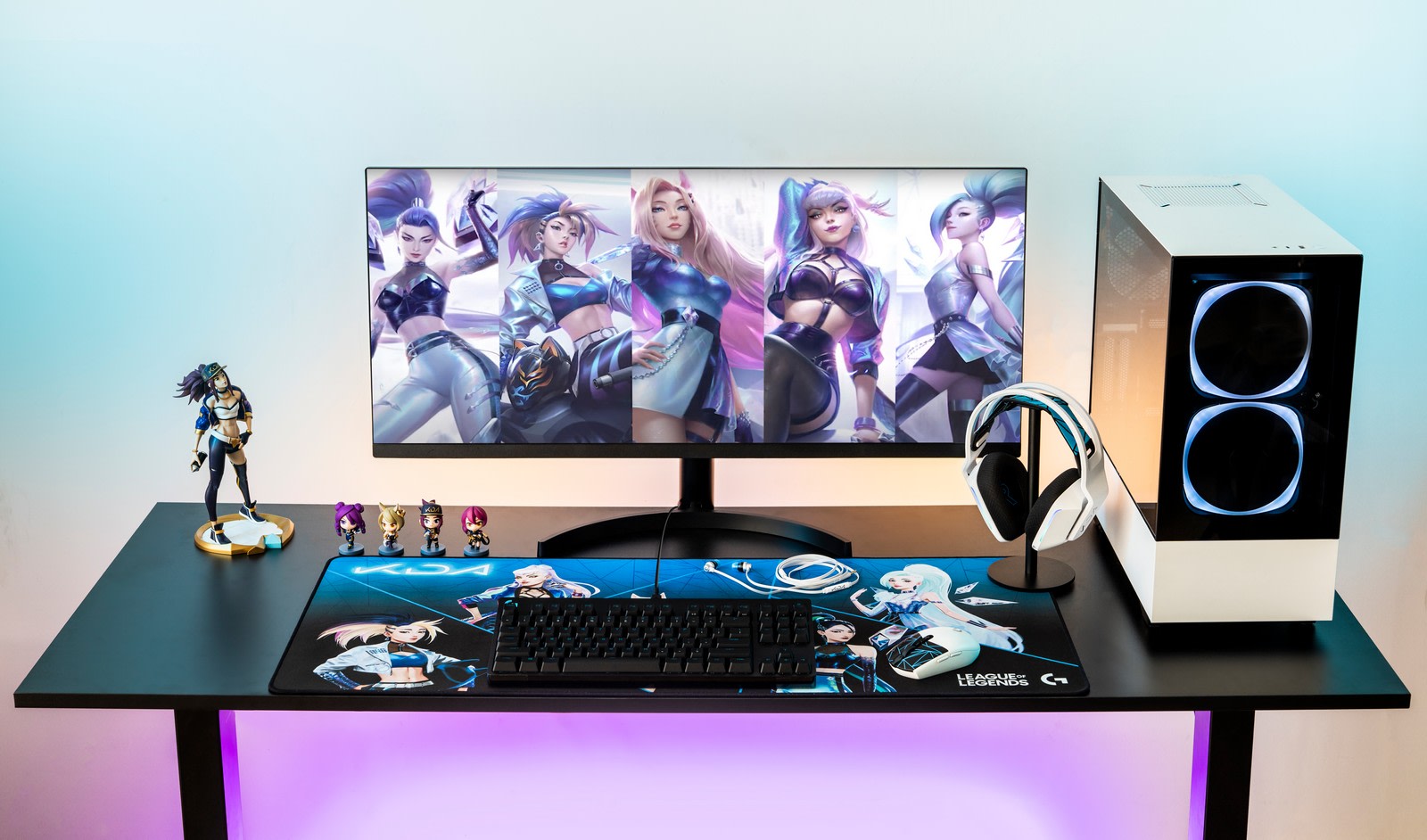 K-pop frenzy is at an all-time high and tech companies continue to collaborate with the genre’s biggest bands in the hopes of luring fans to buy their goods. After the virtual League of Legends K-pop band K/DA announced its comeback and upcoming EP this year, Logitech shared today that it’s making a line of gaming gear “inspired by the [band’s] aesthetic.”

The K/DA merch is part of the first collection in an exclusive multi-year partnership with Riot for licensed League of Legends accessories. The initial lineup includes branded versions of Logitech’s most popular devices, like the G733 Lightspeed Wireless RGB headset, G304/305 gaming mouse and G840 mousepad. There’s also a G333 League-of-Legends-themed in-ear headset, and all the peripherals feature the light blue and purple color scheme the band is known for. The mousepad, in particular, shows artwork of K/DA’s members.

Prices start at $50 for the in-ear buds and mousepad, while the mouse and headset cost $60 and $130. These products are all available from today starting in China, and Logitech is promising “availability to the rest of the world in 2021.”

In this article: logitech, gaming hardware, mouse, gaming accessory, gaming headset, gaming mouse, logitech g, logitech g733, k/da, k-pop, riot, league of legends, gear, esportssg
All products recommended by Engadget are selected by our editorial team, independent of our parent company. Some of our stories include affiliate links. If you buy something through one of these links, we may earn an affiliate commission.