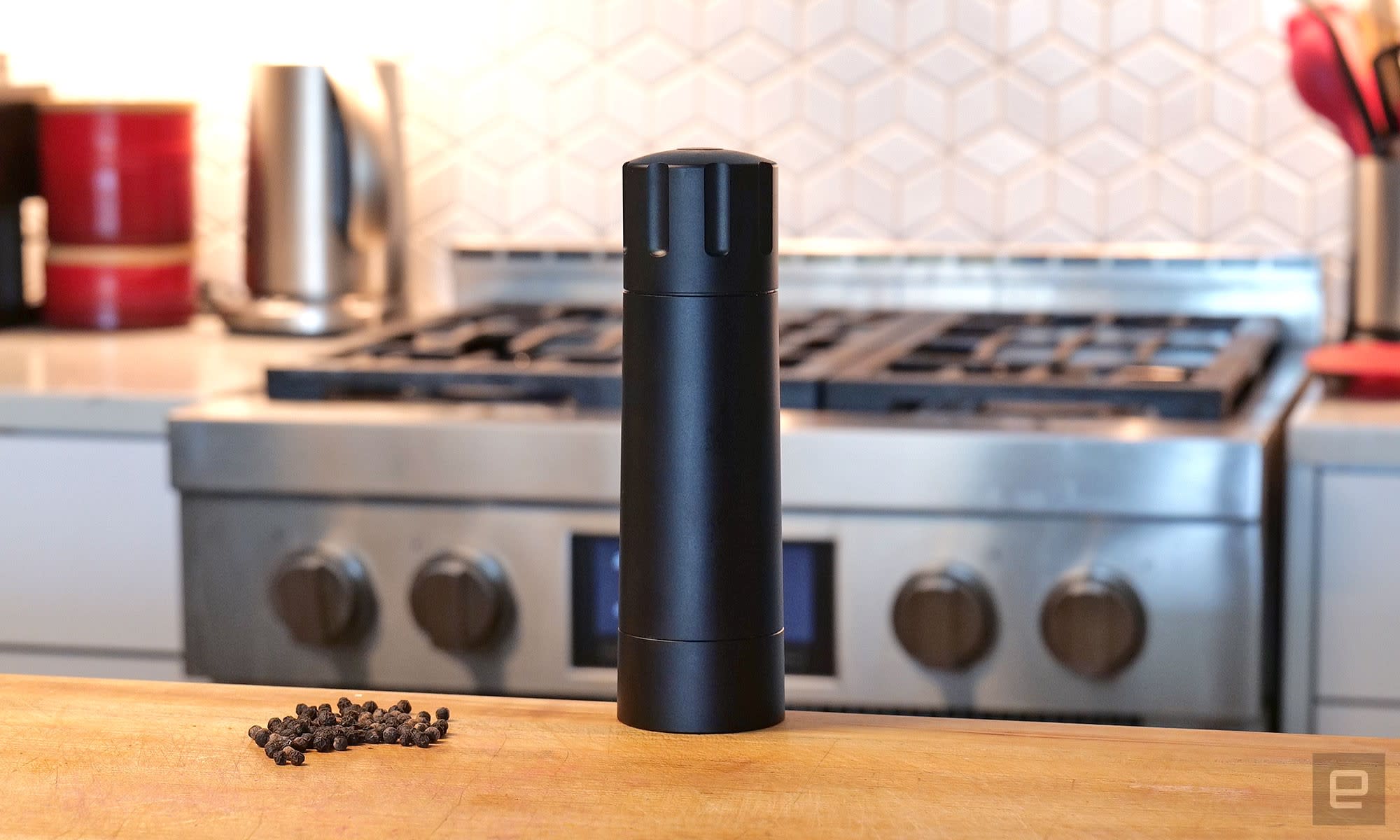 What we bought: How a $200 pepper mill became my favorite kitchen gadget

The Pepper Cannon's price is dumb, but it makes me happy.

Let's get this out of the way right off the bat: a $200 pepper mill is an inherently ridiculous product. I mean really, we're talking about a device designed to turn dried berries (yes, peppercorns are technically a stone fruit) into a powder you can sprinkle on food. You can buy a totally decent pepper mill for under $20 from brands like OXO. Or if that's too much, you can simply buy your pepper pre-ground (please don't though) or opt for one of those pre-filled disposable grinders.

My point here is that there are a ton of pepper mills that don't cost two Benjamins and are more than capable of getting the job done. But even so, I love my Pepper Cannon and since getting it, it's quickly become one of my absolute favorite kitchen gadgets.

OK, now that I've roasted my overpriced pepper grinder, at least let me put up a defense. While I've always hated the word, I'm sort of a foodie, and during the pandemic cooking felt like one of the few activities that I could still enjoy while being confined indoors. And given the spike in people learning to make bread from scratch and all the social media food trends over the last two and a half years, I'm clearly not the only one who feels this way.

So a while back when I was searching for ways to upgrade my kitchen gadgets, I stumbled on Männkitchen's Kickstarter campaign for the Pepper Cannon. Like a lot of people, at the time I was using cheap pre-filled pepper grinders from the grocery store. But after cooking more during the pandemic, I had become frustrated with how annoying they are to use. Their low-quality components often made cranking the grinder feel like trying to open a stuck pickle jar. And even when I was able to get a twist or two in, I was often left with a coarse pile of pepper sand so small even Anakin couldn't find it irritating.

The bigger issue was that after testing out countless models in stores, I never really found an upgrade that had the design or output I was looking for. A lot of pepper mills look like they were made out of a handrail from a pre-war brownstone. If that's your style, fine, but it doesn't work in my kitchen. More importantly, I wanted something simple, durable and easy to use that allows me to adjust grind sizes while cranking out big mounds of pepper.

Then came my mistake, because after finding the Pepper Cannon, I forgot to back it in time to get the $50 off early bird discount. $150 is still a lot for a pepper mill, but it's damn sure less than $200. Thankfully, my wife is both thoughtful and encourages my stupid obsessions, so last year, she bought me one for Christmas after it went on sale for the holidays. And I can't thank her enough, because in a lot of ways, it's a perfect gift. It's so expensive you can't really justify buying it for yourself, but you still want it anyway, so you need someone to give you a loving push.

So once again, while its price is kind of outrageous, the Pepper Cannon really delivers everything I wanted and needed. The thing is milled from a big piece of aluminum, it's got an adjustable grinder with burrs made from stainless steel, a one-touch top that makes it super simple to refill and a built-in catch cup. Oh, and it absolutely pumps out pepper. When I first heard about it, I thought calling it a cannon was silly, but after owning one for six months, it makes total sense. Also, I should mention it’s so heavy you might even be able to use it to stop a home invasion.

At this point, some of you may be wondering, who the hell needs THAT much pepper? It's true, this grinder seems like overkill. But nailing seasoning is one of the best ways to improve your cooking, and I'm willing to bet there are a lot of people who would be surprised how much of a difference an extra sprinkle of salt or pepper can have on a dish. Thankfully, salt is easy, as it doesn't gain much from being freshly ground. But pepper definitely does, and as America's Test Kitchen attests, newly crushed berries contain a lot of tasty volatile compounds that disappear from pre-ground stuff while it sits in a tin. So regardless of whether I'm making a spice rub or pumping out a pile of the good stuff for biscuits and gravy, it's really nice to have a fast and reliable way to churn large quantities of fresh black pepper.

That said, I should point out that even a pepper mill this pricey ain't perfect. The o-ring on the catch cup is a tiny bit too tight for my liking, though I suspect that will get better as it breaks in over time. It's also only available in black, which might not suit everyone's kitchen decor. And because it's so damn expensive, I don't really want to buy a second one for white pepper or other spices. But those are really the most minor nitpicks, because in every other meaningful way, it's basically my perfect pepper mill.

Honestly, my bigger concern about buying a pepper mill this expensive comes from a scene from Fight Club. In some respects, paying a 5x premium for a kitchen gadget feels like a by-product of a lifestyle obsession. No one wants the things they own to end up owning them. But then I remember, the search for a nice pepper grinder didn't come from a desire to put a trophy on my counter. It's a way to enhance a hobby I'm passionate about. Cooking is something I enjoy and hopefully my family enjoys the results. Sure, the Pepper Cannon is an extremely luxurious kitchen gadget, but it's still just a tool.

Clown on me all you like for thirsting after a premium pepper mill (though there are a lot of chefs way better than me who like it too). But at the end of the day, everyone has something they get overly enthusiastic about. Besides, the real joy comes from having a kitchen full of tools that makes cooking both easier and more fun at the same time. And ideally, that's what all good gadgets should do, even if the Pepper Cannon is only a small part of a longer ingredient list.