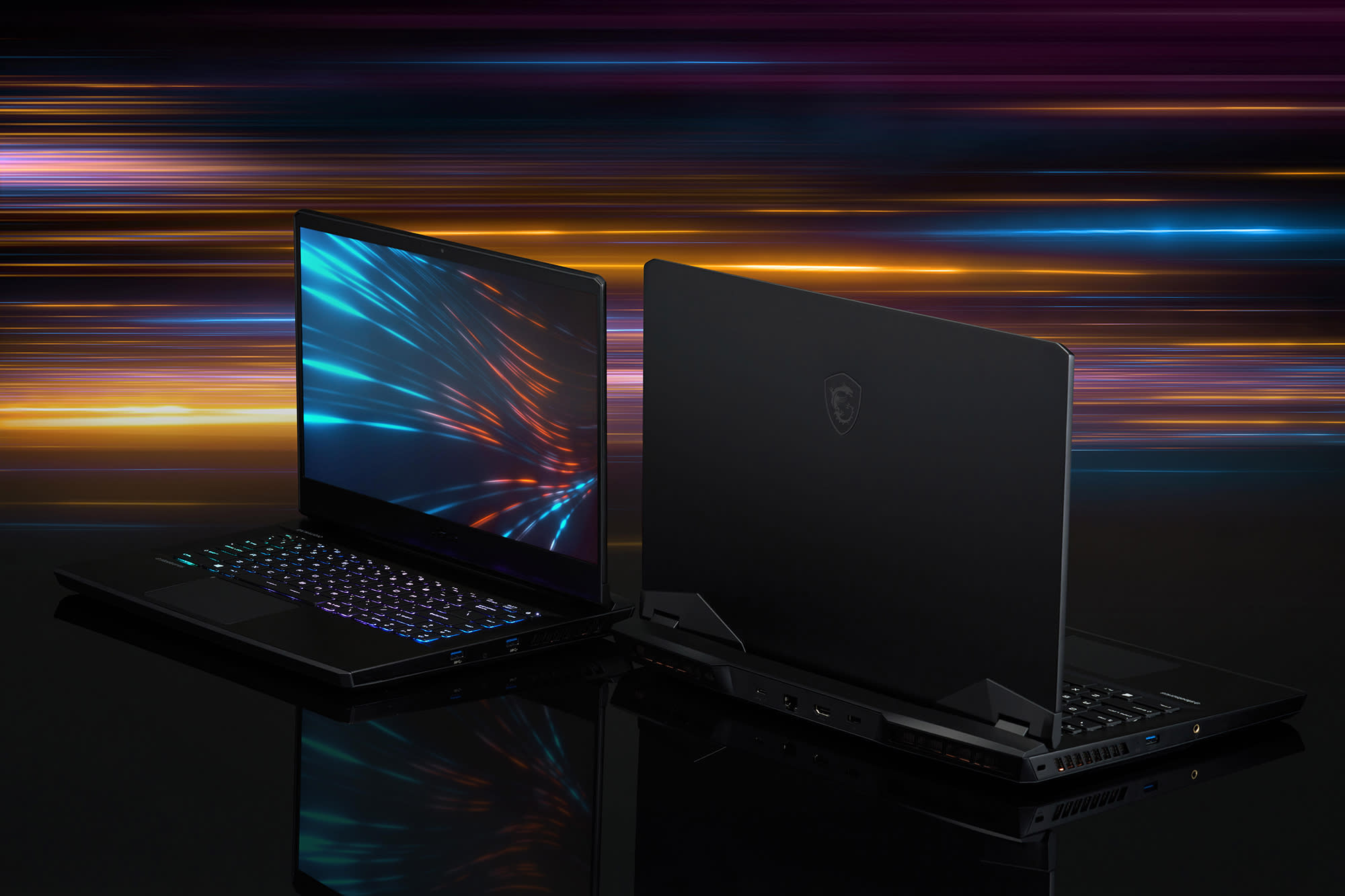 E. Sponsored
March 18th, 2021
In this article: gaming, MSI
This content is made possible by our sponsor; it is not written by and does not necessarily reflect the views of Engadget's editorial staff.

Next generation gaming is officially here. With the long awaited release of several new consoles and a series of graphics cards from Nvidia, we’ve finally made the leap into the next realm of gaming. But what does next generation gaming really mean? Support for ray tracing, gaming in 4k, and achieving high frame rates all come to mind… But what does next generation gaming look like if you’re hoping to use a gaming laptop as your preferred way to play? Games are only getting more and more complex. Traditionally laptops have struggled to keep up with their desktop gaming rig peers, but MSI is hoping to change that with their new line of laptops, all equipped with Nvidia’s latest RTX 30 graphics cards.

Enabling real-time ray tracing renders light and shadows much more realistically than ever before. Ray tracing describes how a path of light interacts with other objects in the game in real time, simulating how light works in the real world. This is all made possible through complex algorithms the RTX 30 graphics cards were built to handle. In the above screenshot from Watch Dogs: Legion, notice how the light rendered when RTX is enabled feels richer. Reflections feel more realistic, as do shadows. This all makes for a much more immersive experience.

Deep Learning Super Sampling, or DLSS, is a newly updated technology from Nvidia that utilizes AI to render high resolution images with fewer pixels. This produces sharp and detailed images without having to sacrifice frame rate while simultaneously leaving compute power available for other graphic enhancements like real-time ray tracing.

Here are the three latest RTX 30 Series Laptops from MSI:

The thin yet powerful GE76 Raider is configurable up to the Nvidia GeForce RTX 3080 and 10th generation Intel Core i7 processor. That means you can take advantage of Resizable BAR, real-time ray tracing, AI enhanced graphics, and DLSS 2.0, enabling games to run in 4k at over 60 FPS. View all of these next-gen enabled graphics on the GE76’s smooth 300Hz IPS display and hear your games on the laptop’s Duo Wave speaker system. The laptop also features a customizable light bar and is equipped with Wi-Fi 6E. Buy now from Costco for $1999.

The GP66 Leopard is equipped with a range of ports (including USB-C and HDMI 2.0), making it perfect for gamers and creators. The laptop packs the Intel Core i7 processor and can support the Nvidia GeForce RTX 3070, meaning you can take advantage of the same next generation gaming features as other laptops in the series like Resizable BAR, real-time ray tracing, gaming in 4k at over 60 FPS and more. Buy now from Amazon with $150 dollar off.

The ultra slim Stealth 15M is one of the thinnest gaming laptops on the market, coming in at only .63” and 3.75 lbs. It’s equipped with the latest Intel Core i7 Tiger Lake processor, and is cooled by an innovative 2-fan cooling system with 0.1mm fan blades. The Stealth 15M features a Nvidia RTX 30 Series GPU, allowing you to experience all of the next-generation gaming features we’ve been mentioning, in an ultra thin and portable package. Buy now from Bestbuy for $1499.

Learn more about the RTX 30 Series laptops from MSI here.