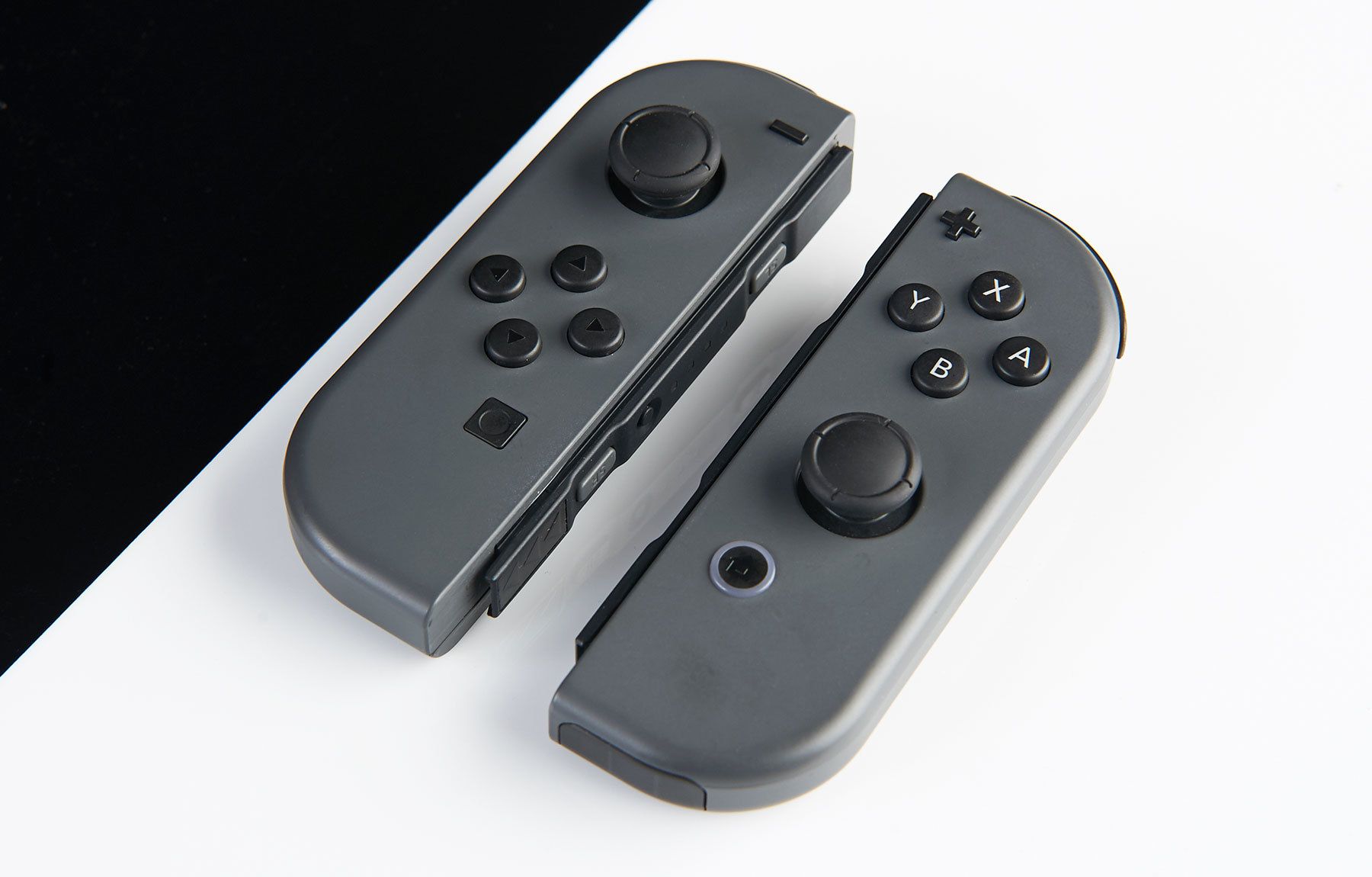 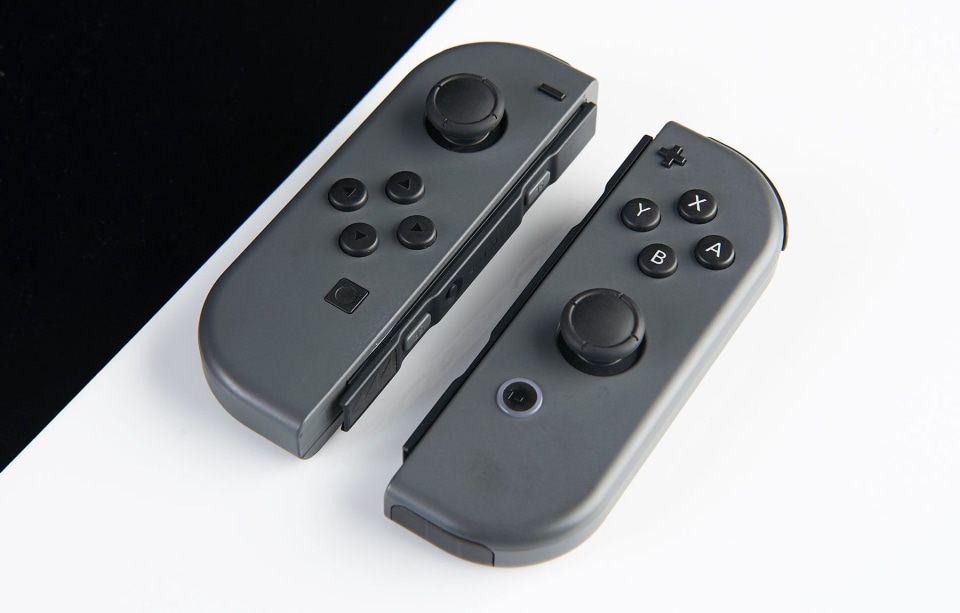 I’ve been playing a lot of Animal Crossing: New Horizons, and it’s been mostly a delight. I talk to my villagers, I buy and make cool stuff for my house and I go to K.K. Slider’s concerts every Saturday. But it’s not all fantastic: When I go to grab stuff from the ground, I always end up plucking my poor flowers instead. If I try to select items in my inventory, the cursor keeps hopping around. And then there’s me trying to catch a scorpion. I get stung every time. Because, you see, I suffer from severe Joy-Con drift. My little villager wants to walk east all the time, because my left thumb stick is all jacked up. And I know I’m not alone, based on the reviews you guys left on our Joy-Con product page.

Most of the write-ups mentioned drift in some way. Some users like Harley only experienced minor malfunctions and chalked it up to heavy use over a year. But others, like Coli, called it “a big problem” and noted that it makes some games impossible to play. Codi agreed, finding it infuriating and “so bad that if I try to input movement to the right on my left analog stick, it'll flicker between moving all the way to the right, to not moving at all (and sometimes registers inputs to the left?!) which is definitely unplayable.” TacoDave experienced similar issues as me with Animal Crossing, noting that “you can't accurately choose menu items. You can't hit a rock with your shovel when your character wants to move "up" randomly. And you can't sneak up on a tarantula when your controller makes you move weird.”

Nintendo does have a policy of fixing these issues but, as several users noted, the repair center is currently closed. However, some users like Jake, who got theirs repaired pre-pandemic, reported issues even after their units were supposedly fixed. Many people just bit the bullet and picked up replacement Joy-Cons, with Jacob and Benjamin having problems with at least three different sets, while theLepthty and Codester went through five and six pairs, respectively. Unfortunately, as Joy-Cons have been continuously sold out everywhere, players have had to find create solutions to their drift problems.

(Editor’s note: As I was writing this, I attempted to buy a pair from Best Buy. It sold out while I was selecting my shipping address. #%@*.)

Jacob used electrical contact cleaner to clear out his controllers, noting that he has to do this regularly and adding, “good thing I bought the venti-sized can, I guess.” Benjamin noted that compressed air doesn’t work, a fact I can also personally verify. Felix recommended WD-40, saying it “clears that up for a LONG time.” Codester tried replacing the joysticks himself with little success, recommending that you “do not order replacements through Amazon, it's a 25/75 chance they will actually work.”

Paul was the only one who managed to fix his drift problem, calling it “fixable with cheap replacement kits online, which was quite easy to complete.” But in fairness, he also noted that users “should not have to do this” considering the cost of the parts compared to the retail price of the controllers. Many recommended just picking up the Switch Pro controller instead.

What made the drifting problem sting so much for so many players wasn’t just the replacement cost of the Joy-Cons, but the fact that many of them actually like the controller design itself. Felix called the controllers “comfortable to play with in my hands,” and Codi said the buttons feel good. N thought the Joy-Cons were “a cool idea and the fact that you can take them off the system and use them individually as two separate controllers is pretty neat, although not very practical or ideal for any serious multiplayer sessions. They're cute and come in fun colors, and technically have all the buttons and functions you need to play most games.” However, they didn’t find the Joy-Cons very comfortable, taking the controllers to task for the lack of a D-pad.

Justin also loved the wide variety of colors, along with the Joy-Cons’ versatility, noting that “you have many different ways to use them to play; single upright, single horizontal, double upright, connected to the switch, or in a wide array of controllers & accessories.” Tim also liked how “it gives added flex to work as two controllers in a pinch, especially while gaming-on-the-go.” They actually made Jacob feel a bit decadent, in that he enjoyed “having a controller in each hand and laying back like a king while I'm fed grapes by my attendants. It's an awesome feeling.” And N said that “overall I think the Joy-Cons are neat but fundamentally flawed in some important ways, and I hope future revisions address the comfortability and usability for prolonged gaming sessions especially, and focus less on the weird edge cases that aren't as commonly used.”

Ultimately, the Joy-Cons’ poor durability got a lot of players questioning Nintendo as a whole. Thomas E. Edwards said “I've owned consoles since the Atari VCS and Pong discrete systems came out and so I've dealt with some notoriously bad controllers in my time (Atari 5200, I'm looking at you). However, nothing comes close to the frustration of having four $80 controllers die in two years.” And Paul summing up his feelings as such: “My kids are growing up in an era where the word ‘Nintendo’ means ‘it might work this time, or it might frustrate you.’ As a child of the N64 to GameCube era, I am infuriated - not in the fix, but in how little my kids trust the Switch. I have a Wii U and recently set up my old GameCube in the living room ... they are more likely to play older games on those as ‘they just work.’ Kind of regret the 30-plus Switch games I own that I am mostly the only one playing.”

In this article: nintendo switch, controllers, joy-cons, nintendo, joycons, thebuyersguide, userreviewroundup, feature, gaming, gear
All products recommended by Engadget are selected by our editorial team, independent of our parent company. Some of our stories include affiliate links. If you buy something through one of these links, we may earn an affiliate commission.