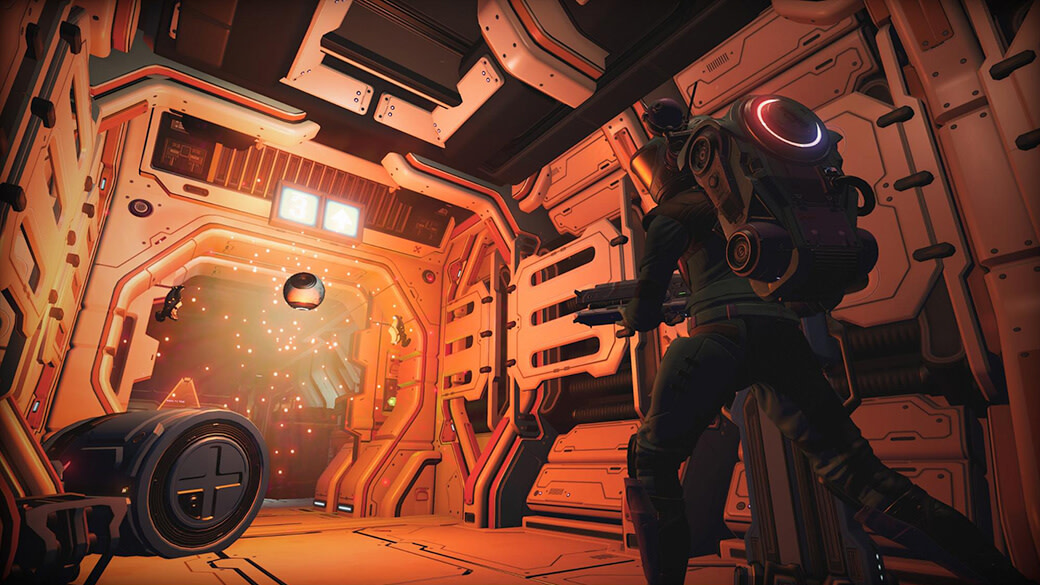 Hello Games still isn’t done with No Man’s Sky. Today, the developer has announced and released Desolation, a free update that adds scary freighters to explore. The innards of each ship will be procedurally generated, ensuring that no expedition is quite the same. They’ll be filled with ship logs and personal possessions which explain what happened to the crew on board. In the end, you should also gain access to a captain’s log that breaks down the final hours.

Navigating the freighters will be challenging, though. You might find that the lights have been switched off, or that the vessel’s gravity and life support systems have gone haywire. Some will have rogue AI systems, too, and “biological horror” that doesn’t like trespassers.

You can take on these gauntlets solo or with a bunch of friends. Hello Games introduced cross-play last month, which means you can play with anyone on PlayStation 4, Xbox One and PC. No Man’s Sky was updated with VR support last year, too, if you really want to immerse yourself in the role of a scavenger.

Abandoned freighters will also contain items that you can use to beef up your own cargo-hauling starship. They’ll somehow “reflect the history of ships you’ve scavenged,” ensuring you never forget that time your best friend was trapped in a room with five alien nests.

Desolation, contains a host of smaller upgrades, too, such as better bloom lighting and lens flare, rebalanced combat, unique player titles and new missions at the Nexus on the Space Anomaly.

The free patch is the latest chapter in No Man’s Sky’s remarkable comeback story. The game underwhelmed at launch, in no small part to the dizzying expectations that the developer and its marketing materials failed to quash. The studio has stuck with the title, though, and delivered numerous updates that have won back community support and, in the eyes of many, realised the vision that was promised so many years ago.

In this article: No Man's Sky, Hello Games, Desolation, news, gaming
All products recommended by Engadget are selected by our editorial team, independent of our parent company. Some of our stories include affiliate links. If you buy something through one of these links, we may earn an affiliate commission.