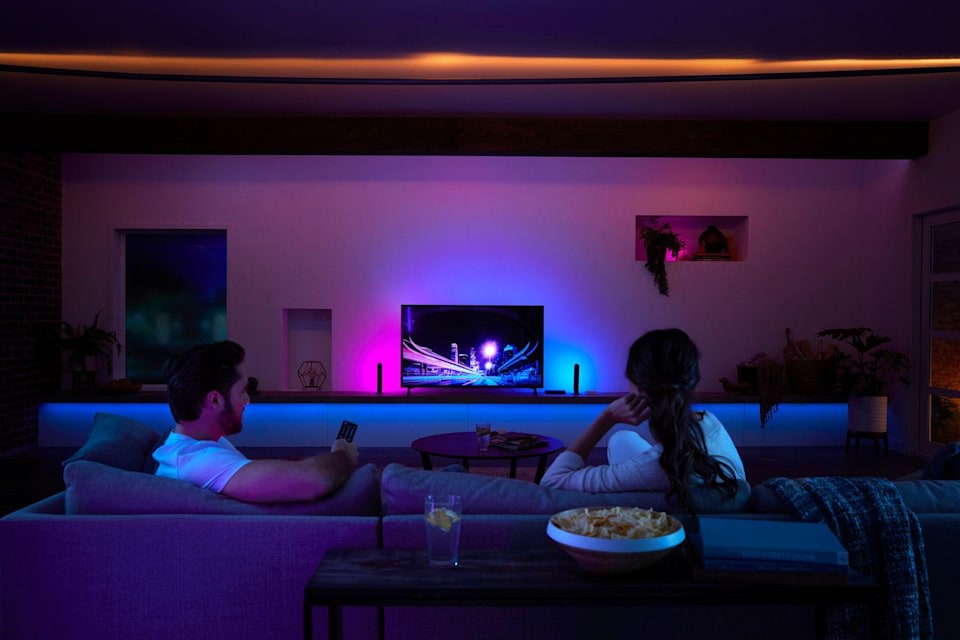 Signify, the company formerly known as Philips Lighting, promised voice control for the Hue Play HDMI Sync Box back in January at CES. Now, the feature is finally rolling out as part of the device’s latest software update. The HDMI box syncs the company's smart lights with whatever is playing on your TV for a watching experience that’s more immersive than usual. However, it didn’t ship with voice control out of the box.

This update makes the device compatible with Alexa, Google Assistant and Siri, giving you the power to switch it on or off, to start or stop the light sync function, to switch sync modes (video, music and games) and even to switch HDMI channels by issuing a voice command. The latest software update also enables synchronized surround lighting for color-capable Hue lights when watching Dolby Vision or HDR10+ content.

Finally, the update gives the box the capability to support standard infrared remote controls and the Harmony universal remote. You can configure how you want your sync box to respond to the remote’s buttons through the device’s mobile app.

In this article: Philips Hue, Signify, news, gear
All products recommended by Engadget are selected by our editorial team, independent of our parent company. Some of our stories include affiliate links. If you buy something through one of these links, we may earn an affiliate commission.