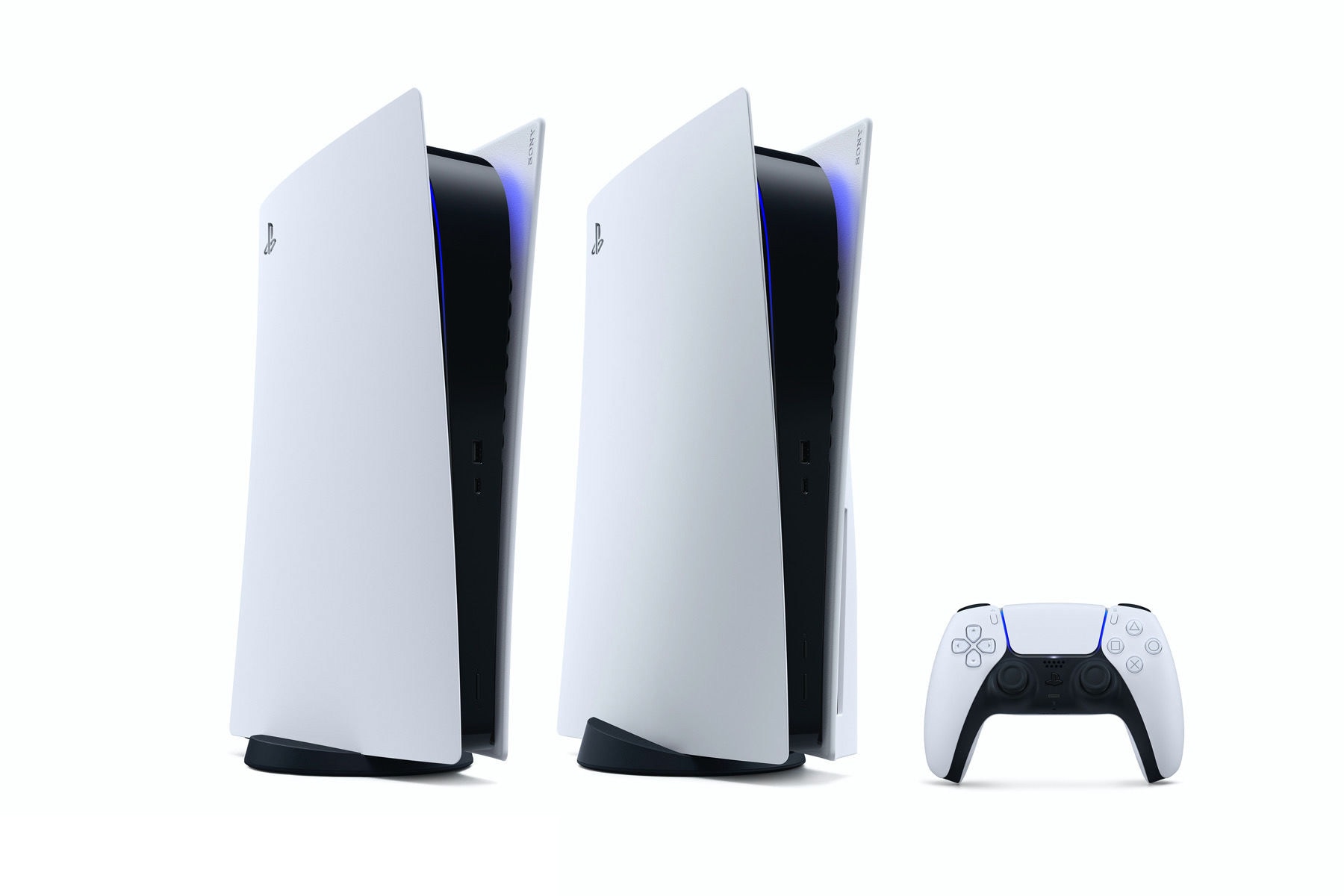 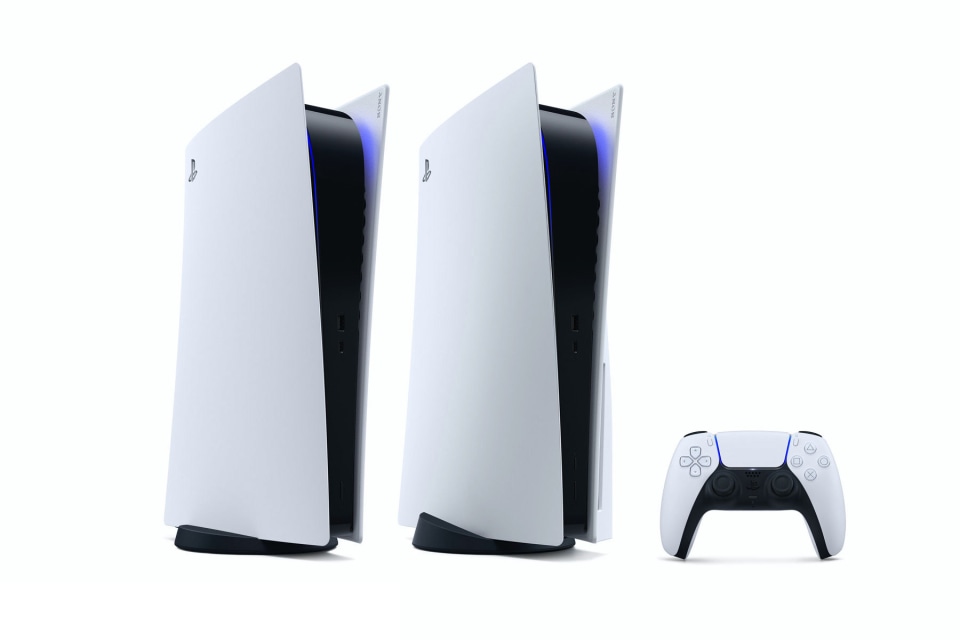 It’s been a long wait for pricing and release information on the PlayStation 5. After more than a year of teasing, Sony finally showed off its divisive console design on June 11th, but made us wait until today to find out more. The basics? PlayStation 5 starts at $399 and will be available on November 12th. But there are two versions of the console, and a heap of optional accessories to consider. Here’s everything you need to know.

We’ll be updating this guide regularly with links and offers from various retailers to help you find the best deals.

The regular PlayStation 5 will cost $499, and comes with the console, a DualSense controller, all the cables you need and a pre-loaded copy of ASTRO’s PLAYROOM, a platformer designed to teach new users about the features of the PS5’s gamepad.

At launch, there is only one storage option available, and that’s an ultra-high speed 825GB SSD. We expect PlayStation 5 games to be, in general, the same size or smaller than PS4 games, as the more capable hardware will allow developers to compress files more, and only unpack them when the game needs them.

There’s no getting around it -- the PS5’s $499 asking price is quite high. Both the PS4 and the PS4 Pro launched at $399, and the $100 hike for the “full fat” console this time around might put some users off. If this asking price bothers you, it’s worth considering the cheaper Digital Edition.

At present, there are no bundles worth talking about, so your choice of retailer comes down to your preference. If you absolutely have to own a PS5 on launch day, it’s worth getting in a pre-order at a trusted retailer like Amazon soon.

If you’re looking for the best deal, though, there are likely to be more competitive bundles available closer to launch, especially around Thanksgiving. If you choose a retailer like Amazon that doesn’t charge until shipping, there’s nothing to stop you from placing a pre-order now and canceling it if you find a better deal later. Of course, we’ll be updating this guide periodically and highlighting the best deals on PS5s as and when they appear on our site and the Engadget Deals Twitter account.

Update (9/17 8 PM ET): Walmart.com has indicated it will restock PS5 pre-orders for the standard console and digital edition at 9 PM ET tonight.

The PS5 Digital Edition is exactly the same as the regular PlayStation 5, but it doesn’t have a disc drive, and costs $100 less. With every game requiring installs and hefty patches to be downloaded, nowadays a disc is essentially a “key” that allows you to play a game on your console. That means the value of buying a game on disc is almost entirely monetary these days.

And so, the main downside of the Digital Edition is that you’ll almost certainly be paying more for your games. Even new physical media is typically discounted faster after a game launches, and the second-hand market brings the price down even further. With the Digital Edition, you’ll be entirely reliant on Sony’s store. Sales are fairly common, but rarely hit the lows of discs.

Gaming aside, the PlayStation 5 is the first console from Sony that plays UHD Blu Rays. (Microsoft’s consoles have had the feature since the Xbox One S launched.) While basically every streaming service at this point offers 4K movies and shows, none of them get close to the quality of physical media, thanks to the reduced bitrates required to send digital media from the cloud to your home. If this is something that bothers you, paying the extra $100 might be worth it.

Our advice when choosing which option to go for is to look at your current habits. If you don’t ever buy discs for your PS4 or Xbox One, and also don’t watch Blu Rays, then this is a no-brainer. Save yourself $100 and get the Digital Edition. If you’re buying a console for your kid, though, the reduced cost of games could save you a lot of money in the long run, and they’ll have the benefit of being able to borrow games from friends.

Just as with the regular PS5, we expect bundles to appear closer to launch, so pre-ordering is more about ensuring you get a shiny console on November 12th, rather than deal hunting. As we said before, though, you should choose a retailer that doesn’t charge until shipping, which will allow you to jump ship if you find a better deal closer to launch.

Update (9/17 8 PM ET): Walmart.com has indicated it will restock PS5 pre-orders for the standard console and digital edition at 9 PM ET tonight.

With the PlayStation 4 and PS4 Pro, users can either upgrade their internal storage, or add a secondary harddrive over USB. Both options are technically available for the PS5, but with some caveats.

While the internal SSD is upgradable, the specs of Sony’s option are so high that very few SSDs on the market will meet Sony’s specification at launch, and those that seem likely to match it will be incredibly expensive. For example, a solid 2TB Gen4 PCIe SSD currently goes for around $380. Sony has pledged to release a list of SSDs that are compatible with the PS5 at some point, but the pricing of Gen4 SSDs means that none of them are going to be a realistic option for most gamers in 2020.

When it comes to USB storage, this generation that’s only really an option for your PlayStation 4 library. Sony says the “overwhelming majority” of PS4 games will be playable on PS5, and if you plan on taking advantage of that feature then it’s probably worth adding some storage. The last thing you need is a bunch of old games taking up space on a high-end SSD they can’t take advantage of.

Luckily, there are plenty of external drives for you to choose from, and none of them are particularly pricey. A decent USB HDD should set you back around $80 for 2TB. SSDs, which are silent and will load games faster, start at around $75 for 500GB or $140 for 1TB. Here are a couple of our top picks:

If you’re really strapped for cash after ordering a PlayStation 5, and you happen to have a 2.5- or 3.5-inch internal drive laying around, you could always buy a USB 3.0 enclosure for it. This shouldn’t set you back more than $10 for the smaller drives, and given there are so many options out there, we’d recommend looking for a brand you recognize and reading user reviews to choose between them. Here are a couple to get you started:

A PlayStation Plus membership is almost a necessity these days. While there are a couple of games -- such as Fortnite -- that can be played without the subscription, virtually every online game requires it. If you’re already a member, your PS Plus membership will carry over to your PS5. If you’re not, you’ll be able to sign up directly on your PlayStation 5, but you’ll find the best prices available online, with retailers regularly running deals on 12-month memberships. Also, if you buy a PS5 and already have a membership, you’ll automatically get access to Sony’s new PlayStation Plus Collection, which includes titles like God of War, Bloodborne and The Last Guardian.

The DualSense is Sony’s replacement for the DualShock. It does a bunch of new stuff that the DualShock doesn’t, but the only thing you need to know is that it’s the controller you need to play games on PS5. And if you’re coming from an Xbox, you don’t need to worry about batteries -- like the PS4’s controller, the battery is internal and non-replaceable. The DualSense will set you back $70, which is a helluva lot of money for a controller. Given there’s a controller in the box, you don’t need a second gamepad unless you’re planning on playing local multiplayer games.

If you’re serious about your gaming, “pro” controllers from brands like Scuf, Nacon, Hori and Razer will be launching soon enough. We’ll be taking a closer look at all of these options once they launch.

This is a very cute controller cradle produced by Sony, but it doesn’t do anything beyond reducing the number of cables you need to have laying around. If that’s important to you, the Charging Station costs $30. And if that’s too rich, you can be sure Amazon will be filled with dozens of cheaper third-party options that do the exact same thing soon.

Sony is pushing 3D Audio hard with the PlayStation 5, and you can be sure that its in-house PULSE 3D headset will do an optimal job with that. However, Sony has said it’s already working on bringing 3D audio to all headphones, and even regular TV speakers. Additionally, the PS5 controller has a regular headset port, so if you already have a headset you’re happy with, there’s no need to rush to upgrade just yet.

As the name suggests, the Media Remote is a basic remote control for when you’re watching Netflix or playing a Blu Ray. This accessory is purely for convenience: there’s nothing the Media Remote can do that you won’t be able to do with your gamepad.

Sony has been producing cameras for its systems since the PlayStation 3, and the PS5 is no exception. The primary use case Sony gives for this new option is game streaming. Where the PlayStation 4’s camera topped out at 800p, the new one can handle 1080p. Just like the old camera, it will also track your PlayStation VR headset, which is compatible with PS5. If you already own a PS4 camera, we’d recommend holding off until reviewers are able to judge how much better the HD version is and whether it’s worth the upgrade.