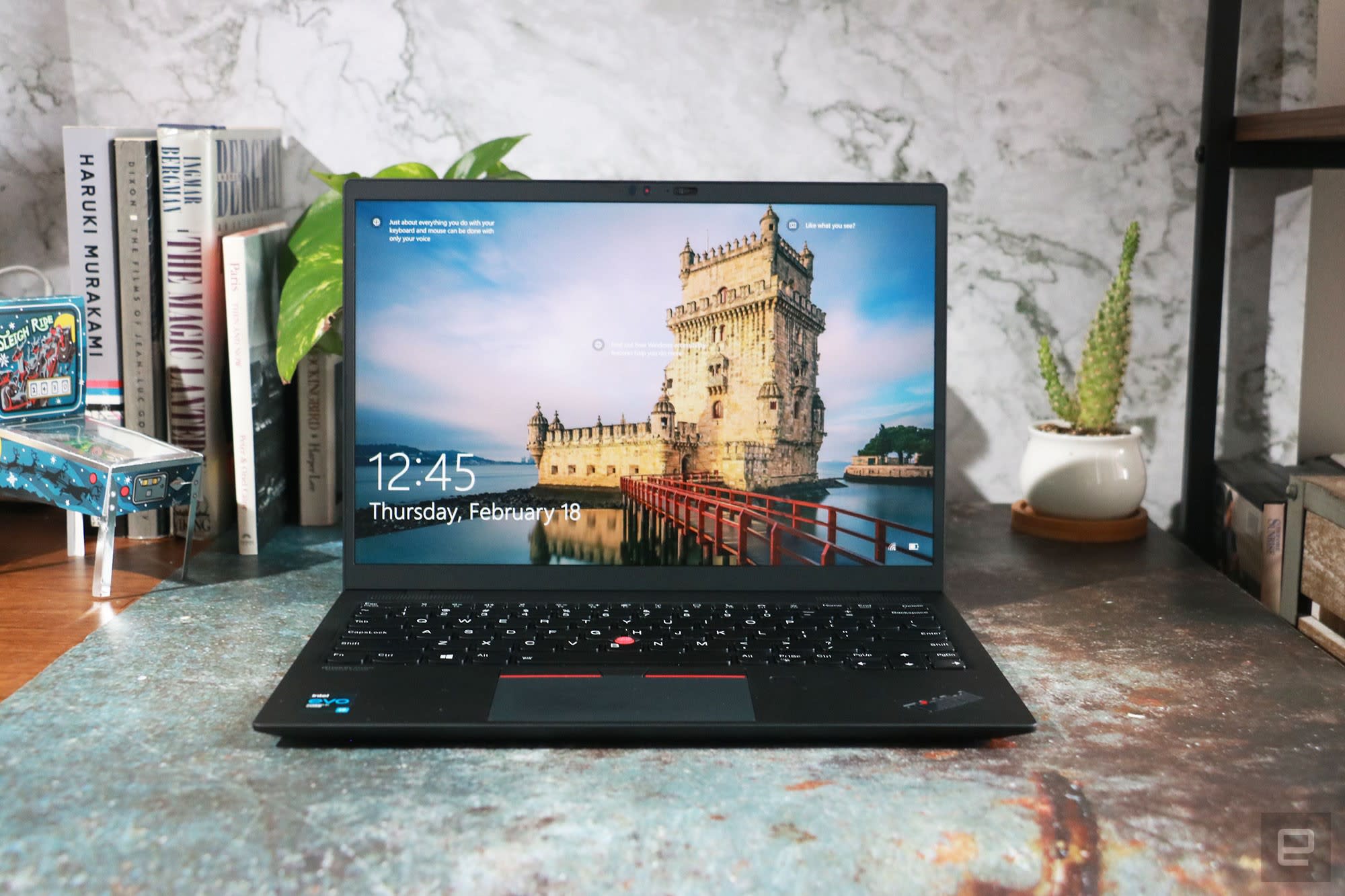 Lenovo’s lightest ThinkPad yet has one main drawback.

Lenovo’s ThinkPad series has a loyal fanbase, and for good reason. The laptops usually offer reliable performance, excellent keyboards and long-lasting batteries that make them great, well-rounded machines. The company also improved its displays lately and attempted to refresh its classic, almost boring design to keep the ThinkPads looking modern while maintaining a distinct look.

After years of iterative tweaks that focus on making its laptops thinner and lighter, Lenovo has hit a milestone. The X1 Nano is its lightest ThinkPad yet and weighs less than 2 pounds. It’s one of the company’s first to meet Intel’s Evo certification for compact, lightweight and powerful laptops. For $1,399, the Nano offers a 16:10 display, a physical webcam shutter and a new 11th-gen Intel processor. But the most outstanding feature is its weight. The question then is: What did Lenovo have to sacrifice to make the Nano so light?

On the surface, at least, it doesn’t seem as if Lenovo had to cut corners on build quality. The Nano looks nearly identical to the X1 Carbon I reviewed in 2019 and feels nearly as light. But of course, I’m not a scale (in case you weren’t aware) — according to Lenovo the X1 Carbon (2019) is 2.4 pounds while the Nano comes in at 1.99 pounds. Meanwhile, the latest Dell XPS 13 measures 2.64 pounds , while the MacBook Air M1 and the latest HP Spectre x360 13 both weigh 2.8 pounds. Even Samsung’s super thin Galaxy Book Flex is heavier at 2.54 pounds.

Despite being so light, the Nano is surprisingly sturdy and exhibited little flex, making it easy to hold and use with one hand as I walked around my apartment multitasking. Like all ThinkPads, this machine meets military spec standards (MIL-STD-810H) for durability so it can survive some rough handling. Personally, I like the matte finish, which is clean-looking for now, though based on the X1 Carbon I’ve had for almost two years this won’t remain pristine forever.

There are two USB-C Thunderbolt 4 slots and a headphone jack on the left edge, and a power button on the right. That’s it. If you need more connections, you’ll need to invest in a dongle. I wish Lenovo had placed the power button on the keyboard deck where it would be easier to access, but that’s a small gripe.

What the Nano does have on its keyboard deck is a small fingerprint sensor next to the trackpad, which offers an alternative biometric login in addition to face-recognition via the camera above the display. I like that Lenovo included a physical shutter for the webcam, too. None of these biometric login options are new to the ThinkPad series, by the way. It’s just nice to know that the company didn’t sacrifice any of these things to make the Nano lighter.

One thing that is new with the Nano is its 16:10 aspect ratio. That means its 13-inch display is taller than older ThinkPads and lets you see more at once. I love it — honestly all laptops should go 16:10. You can see more emails, tweets or memes on your screen at once, it’s just better. It’s worth noting that Lenovo is somewhat late to this, since Dell and Apple have used this aspect ratio for awhile now. HP’s latest Spectre x360 13 is still stuck at 16:9, though.

Dimensions aside, the Nano’s display is decent enough. It’s is a 2K panel that supports Dolby Vision for richer colors and tops out at 450 nits of brightness. It’s an improvement over the X1 Carbon (2019), which was dim and lackluster, but not as sumptuous as the Galaxy Book Flex’s QLED screen. It’s worth pointing out at this point too that the Nano doesn’t have a touchscreen. But, that’s fine since it’s a clamshell laptop.

Lenovo equipped the Nano with a Dolby Atmos speaker system and four 360-degree microphones. This is meant to make it easier for your contacts to hear other people in your room if needed. You can use Lenovo’s specialized software to optimize for when you’re chatting with your parents on your couch and want them to hear your kids gathered around the coffee table, for example. Though none of my coworkers noticed a big difference in how I sounded on our calls, I did find the speakers surprisingly loud. As usual with most laptops, the Nano’s audio lacked bass and sounded somewhat hollow, but this is a category-wide issue and not a problem with just this device.

The Nano also has a new presence-detection feature that will wake the laptop up when you sit down in front of it so you can unlock it and get back to work quicker. This uses an “ultra-wide band” radar sensor with a 60-degree field of view and generally works well. Companies like HP have offered this feature in their devices, but from my testing the Nano’s implementation is the most consistent and easiest to use. I didn’t have to turn any settings on and every time I walked away and returned to my desk the screen lit up to welcome me.

Something that typically sets ThinkPads apart from other laptops is their keyboards and on this front the Nano delivers too. As expected, the buttons here are well-spaced and cushy, with deep travel and satisfying feedback. I’m not a fan of the pointing stick in the middle, but it was easy enough to disable. I also wish Lenovo switched the position of the Function and Control keys on the bottom left to put Control at the very end, since that’s what I’m used to on most Windows keyboards.

Though keyboards are among Lenovo’s strengths, the company’s trackpads haven't been as impressive. They’re generally less responsive than Microsoft’s, Dell’s or even Samsung’s and the X1 Nano is similarly sluggish. It felt like the cursor was dragging as I swiped about on the touchpad. It’s not a major issue, since the trackpad works fine and you can use multi-finger gestures for shortcuts well, too. But it would be nice to see Lenovo improve this in future machines.

As expected, the X1 Nano is a capable laptop that kept up with my usual workflow of too many Chrome tabs with various messaging and photo editing apps in the background. I also managed to take down an enemy team on League Of Legends with no lag, though since it uses Intel’s Xe graphics card the Nano isn’t great for more taxing games or heavy video editing. It’s nice to see that Lenovo didn’t have to sacrifice performance in exchange for the Nano’s light weight, and the 2.1GHz 11th-gen Intel Core i7 chipset with 16GB of RAM here kept things running smoothly.

Throughout the work day, the Nano’s battery level declined slowly, leading me to expect it to last pretty long. But once I started playing some videos (and a round of LoL), battery life tanked. On our video rundown test, the Nano’s result of 9 hours and 2 minutes is shorter than most ultraportables we’ve tested. It barely meets the criteria for Intel’s Evo program, which says that qualifying laptops must last at least 9 hours, but that’s based on a Full HD screen.

Though the Nano’s runtime was disappointing, I was pleasantly surprised at how quickly it recharged. Lenovo says its Rapid Charge technology will get you to 80 percent of juice in an hour, which is in line with my experience.

For a laptop that’s so light, the X1 Nano is impressively capable. Lenovo sacrificed surprisingly little to make the lightest ThinkPad yet and even managed to improve its display and speakers. Sure, battery life is a big trade-off, but if you were looking for something to throw in your book bag that wouldn’t make it too heavy and don’t need something that lasts all day, the ThinkPad X1 Nano is worth considering. Just know that at $1,399, you have quite a few other options from Samsung, Apple and Dell that might be better-looking, last longer and have superior screens at about the same price.