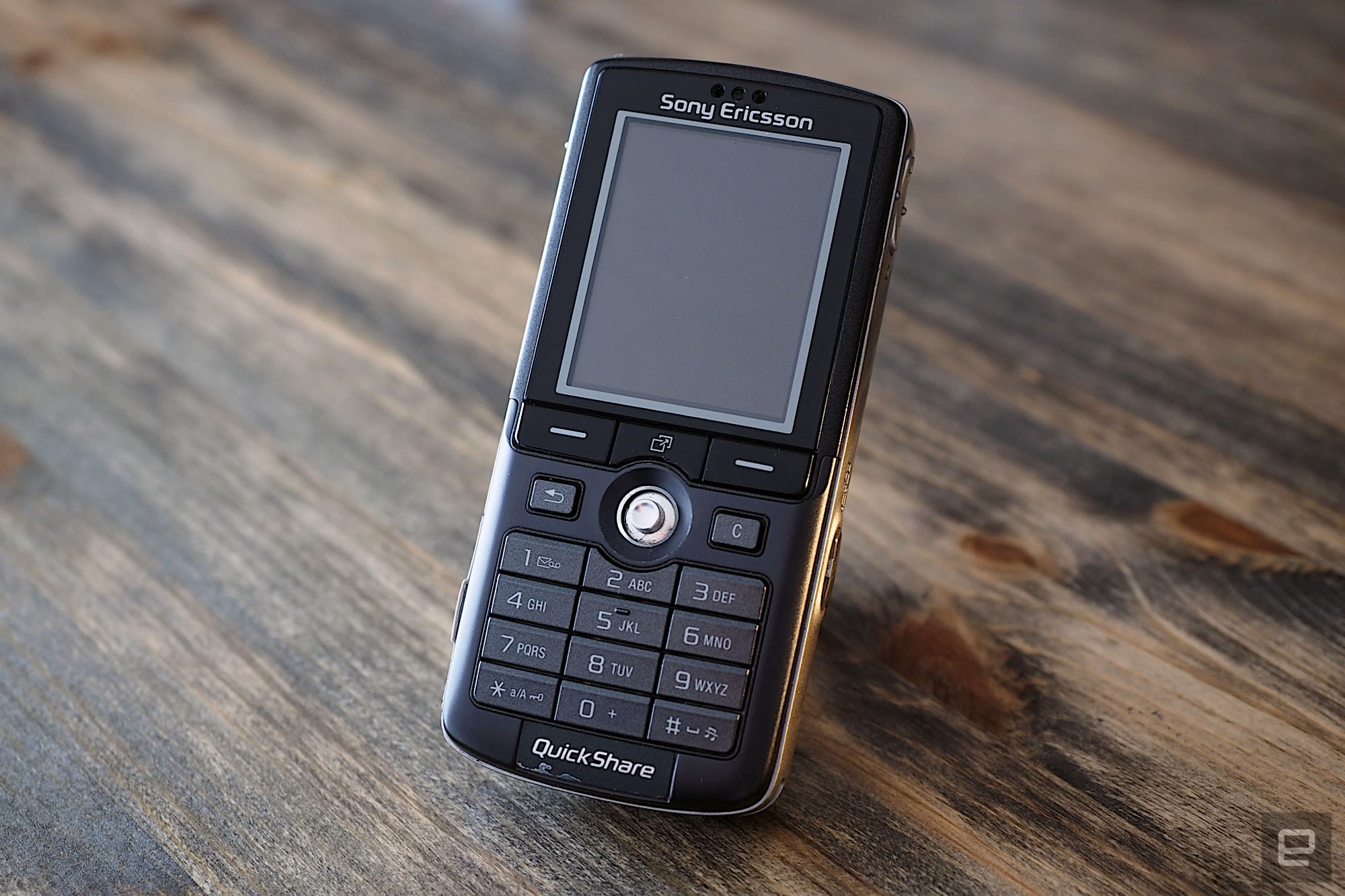 Sony saw the future of photography but couldn’t capitalize on its foresight.

The Sony Ericsson K750i was a marvel in its day and, even now, sixteen years later, stands as a key step on the path to the era of smartphone photography. The candybar phone was one of the first to come with a proper camera, packing two whole megapixels of power inside its body. Sony, who was (and still is) master of the point-and-shoot, had managed to cram a modest point-and-shoot into a handset only slightly bigger than its predecessor, the T610. It was designed to behave like a camera, with a slide-open shutter cover (and I love a slider) which launched the imaging mode — it even had a dedicated shutter button. Sony knew that phones would wind up eating cameras, but couldn’t make good on its foresight in the smartphone age.

The woman who’d go on to become my wife and I both bagged a K750i in some sort of deal for probably £20 (about $36 back then) upfront. In 2005, when it launched, carriers ate the cost of the phones to keep you tied to their plans, and we bought 50 minutes of calls and 100 text messages for £7 ($13) a month. This was just about affordable for me, and would be my first real chance to own a digital point-and-shoot, since I could have never justified owning one otherwise. But here was Sony (Ericsson, admittedly) effectively giving me a digital camera for free.

For its size, and its age, the K750i was remarkably powerful, since it could play audio files, videos and send data via its infrared port. It even shipped with a 64MB Memory Stick Duo, enabling you to store plenty of photos on it before you had to transfer them to your computer. Of course, it was a Sony phone, so every component was an attempt to railroad you into its ecosystem. The proprietary memory card, non-standard headphone connector and the custom file formats frustrated as much as they delighted.

It didn’t have 3G, however, something which would keep the cost down, and make it one of the most popular handsets of the day. The K750i sold around 15 million units in its first two years and established Sony Ericsson as a company that could, on its day, stand toe-to-toe with (then champion) Nokia. And while it had abandoned a buzzy feature like 3G, the handset neatly sidestepped the pointless arms race that defined the standard in its earliest days. Two of my friends bought pricey 3G phones and plans on the promise that you could watch TV on your phone over the internet. And no, it never worked.

Sony didn’t invent the camera phone, and Nokia had already launched the N90, shaped like a camcorder, before the K750i dropped. But there was something about Sony’s implementation that seemed better than any of those rival devices. Especially since most other manufacturers were still rocking VGA cameras, like on the outrageously-popular original Motorola Razr, or at best, 1.3-megapixel lenses. Between Sony and Nokia, the mobile phone world would soon embark upon a megapixel arms race that dogs the industry to this day.

Two megapixels wasn’t a lot, but it was the sort of figure where images were high quality enough that you could, if you wanted, print them out. The K750i’s camera used a CMOS sensor measuring 1/3.2” with relatively large pixels, measuring at 2.8 microns, producing pictures with a resolution of 1,632 x 1,224. 1/3.2” is still seen as a good sensor size for a smartphone in 2021, and 2.8 microns is larger than Sony’s most prestigious point-and-shoot today, the RX100 VII. It had a fixed f/2.8 aperture and only outputted JPEG images, compromises you’d expect with a device of this type. But the images, as you can see, were certainly not the worst, especially with a camera of this class:

The ability to have a camera, one good enough to take pictures that you can be proud of, was revelatory. It wouldn’t be long after the K750i launched that Facebook would arrive in the UK and, soon after, open itself up to our university. (Remember when Facebook was a walled-off network for college students only? Imagine where we’d be if that mission statement had never changed.) Now, our social lives re-ordered themselves to cope with the novelty such a platform provided. You’d go out, take snaps of you enjoying your evening, and then upload them to Facebook the next morning, tagging your friends in the images and sharing them for everyone to see.

Look, I know it sounds mad today, but in the earliest days of Web 2.0 it seemed like a perfectly natural thing to do, okay.

I actually looked at Flickr and found that the K750i was the most popular, at least by uploads, camera that Sony Ericsson ever released. Those aren’t representative stats, but I’m not surprised, because it genuinely was a great camera. It could take some breathtaking photos despite its modest resolution, even if its successes were more about luck than judgment. The shutter speed was achingly slow and you’d get motion blur in every third image or so, especially thanks to the slow processing time. I don’t want to repeat the cliche that the best camera was the one that’s with you, but even in those pre-iPhone days, this was true.

The party wouldn’t last, of course, as Sony Ericsson tried to build upon the successes of this handset for the rest of its life. I swapped it for a W880i (after an abortive flirtation with whatever Nokia was free on contract at the time) but, even by then, the magic was beginning to dull. The company’s boom years would be short-lived, and its demise — like so many mobile businesses — was signposted the day the iPhone was announced. The company would be brought back into Sony proper by Kaz Hirai after it became a money-losing operation. It now exists as a boutique operation, making a tiny profit on the small number of handsets it sells, a far cry from where it was in 2005.

But for the noble failure of its company, the K750i was a genuine triumph, one that went everywhere that I did for the better part of three years.