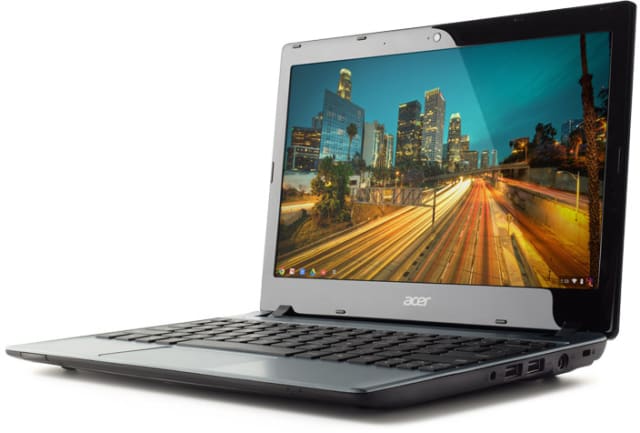 Acer's $199 system certainly wins on price, but it looks and feels extremely cheap. It offers a fast processor at the expense of a poor keyboard layout and lackluster battery life. Acer C7 Chromebook review: Chrome OS on the cheap, but at what cost? 14 reviews
50
PC World
The Acer C710-2457 is a bargain among Chromebooks, but there's little else about it that makes it worth buying—or that will convince a smartphone or tablet user to convert

6 reviews
70
Engadget Reader
A dependable product that doesn't really stand out from the competition. - Engadget