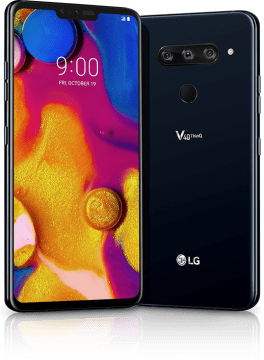 Write a Review
Write a review
75
Average Critic Score
90
CNET
Savvy Note 9 rival wields 5 versatile cameras
The LG V40 ThinQ is one of the best phones of 2018, but the Pixel 3 XL has the better grab-and-go camera and battery life.
Read Full Review
70
Android Police
The best LG's ever built still isn't quite enough
There simply isn't a good reason to pick up the V40, unless you can get an extremely big discount on it. Being an LG phone, I imagine the carrier deals will be flying fast and furious during the holiday season here in the US, but I doubt Samsung's Note9 will be far behind, and it's simply the much better phone this year. The V40 is a good phone, but the places where it isn't - or, more often, where it simply doesn't live up to the competition - make it extremely hard to recommend to anyone as a phone to actually buy.
Read Full Review
80
Techno Buffalo
LG Catches Up to Samsung and Google
Next time you go into a store looking for a phone and stumble upon the LG V40, take a real hard look at it because it’ll surprise you and may just earn a spot as your next smartphone.
Read Full Review
60
Tom's Guide
Three Cameras Aren't Better Than One
LG's V40 ThinQ is all about the cameras, but unfortunately, its photos are unimpressive. Skip this pricey device.
Read Full Review
80
Android Central
Five cameras aimed straight at Samsung
LG managed to make a top-notch phone by following Samsung's lead. The V40 is a beautiful and solid phone that's filled with must-have and nice-to-have features, with top-end specs and a large high-quality display. The software is quick and relatively simple, choosing to lean toward Google's ecosystem more than ever. The triple camera combination is a treat to shoot with and provides both unique and good-looking photos. The only potential shortcoming is underwhelming battery life that isn't as good as you'd expect for the V40's size.
Read Full Review
70
Wired UK
Great specs, but there's some serious flaws
Only the headphone jack and high-quality DAC truly set the V40 ThinQ apart at the price. For some who might otherwise still buy a dedicated audio player, this is a valid reason to choose this phone. The rest should probably wait until the phone’s price drops. And top LG phones are often found at tempting prices a handful of months after release.
Read Full Review
70
TechRadar
LG V40 ThinQ review
The LG V40 puts photography first with five cameras on a single Android phone, and that gives you varying shot perspectives, whether you’re taking a wide group selfie or rear-facing telephoto masterpiece. You’ll love seeing the camera modes and various tricks play out on the beautiful 6.4-inch OLED screen, though competing handsets take cleaner pictures, have longer battery life and, in many cases, are cheaper.
Read Full Review
80
The Verge
ONE PHONE, FIVE CAMERAS
Overall, the V40 is an excellent phone, and probably the best one LG has ever made. It won’t appeal to everyone — you have to be a fan of big phones, for starters, and software purists will still be happier with a Pixel — but in a world where smartphones are becoming increasingly similar, the V40 differentiates itself with its unique camera system.
Read Full Review
80
PC Mag
LG V40 ThinQ
The LG V40 ThinQ has a sharp 6.4-inch OLED screen, impressive audio capabilities, and a total of five cameras for a first-class multimedia experience.
Read Full Review
70
Digital Trends
LG V40 ThinQ Review
Five isn’t too much. The LG V40 ThinQ delivers a creatively fun camera system.
Read Full Review
12.18.19 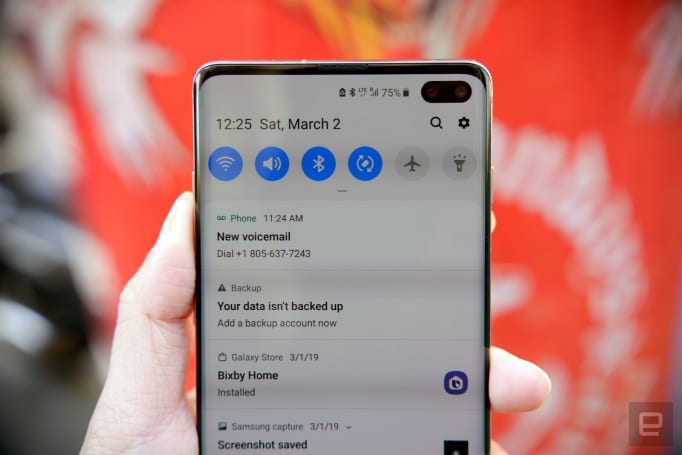 Only a handful of Samsung and LG phones support this right away. 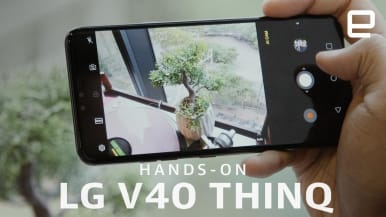 So far, they're not all they're cracked up to be. 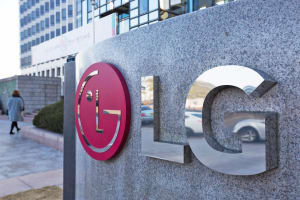 The V40 ThinQ phone (and maybe LG Watch G7) will be revealed next week.