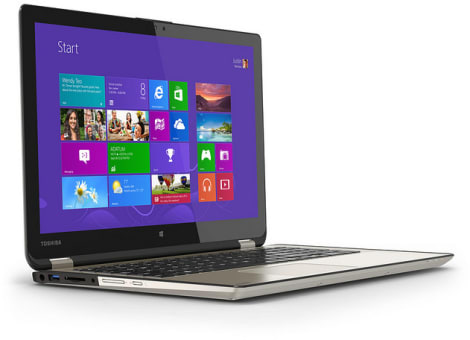 74 Global Score
A dependable product that doesn't really stand out from the competition.
74

Toshiba's Satellite Radius continues a trend of manufacturers building convertible devices for those users who can't decide between a laptop and a tablet. But while the Radius is a decent performer, do you really need a 15-inch tablet?

On the laptop side of things, PC World calls the Radius "a well-designed laptop" that "looks more expensive than it is." Laptop Magazine calls it a "handsome notebook," though Wired found the keyboard "a little difficult to use" due to its compressed layout. But switch the Radius to tablet mode and things get a little more muddled, as PC World found the screen "a little flimsy" despite the device being "heavier and more unwieldy than the more common 13-inch models." It might be lighter than many laptops, but Wired notes it "far outweighs standard tablet devices."

If the size is not an issue, or you weren't planning to use the tablet mode very much, the performance is adequate for many browsing tasks, with PC Mag even calling it "impressive." PC World was less enthused, noting that "benchmark results were middling" and Wired found it "underperforms." However, they also note it's not "much better" than many Atom-based tablets, meaning if you just want to enjoy your web browsing and other light tasks on a larger screen that PC World calls "bright, vibrant, and responsive," it should serve your needs just fine.
73
Average Critic Score
Critic Reviews 4
Product Review
CNET
Toshiba Satellite Radius brings the fold-back hing
Because this is a bigger, heavier system, there are a few design tweaks. A thin rubber bumper outlines the keyboard tray, keeping your keyboard keys from clacking against the table in kiosk mode, and a small magnetic connection helps hold the lid against the back of the body in tablet mode.
Read Full Review
Product Review
PC Mag
Hands On With Toshiba's Convertible Radius, Click
Using a folding mechanism similar to that seem on Lenovo's Yoga lineup, the new system can be used in Laptop and Tablet modes, with multiple modes in between, like Presentation mode, Audience mode, and a flat Tabletop mode for sharing a display or typing while laying on the floor.
Read Full Review
See All Critic Reviews
0
Average User Score
User Reviews 0
See All Reviews 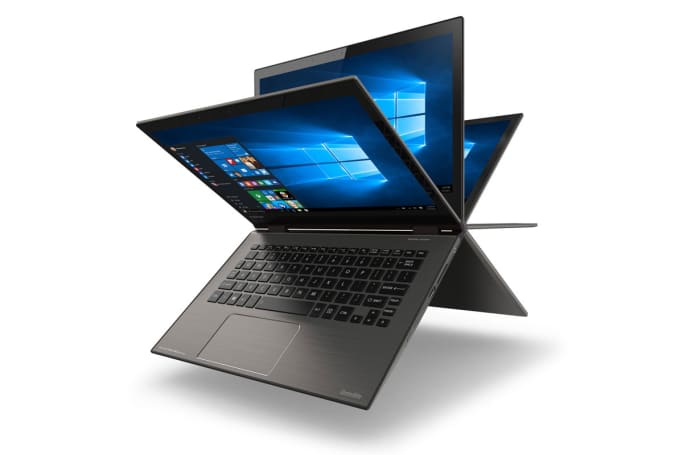 Toshiba unveils a 12-inch convertible laptop with a 4K display

Toshiba's Satellite Radius 12 may hit the sweet spot if you like small, high-end laptops -- it's a 12-inch, 2-in-1 convertible with a 4K display. 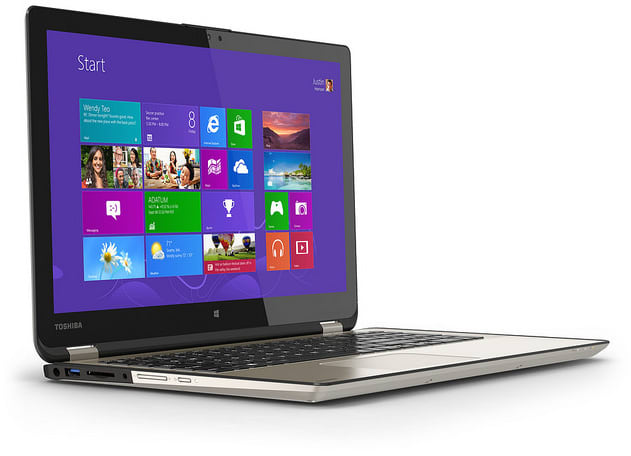 How would you change Toshiba's Satellite U845?

When you're building a laptop to a price point, there's a fine line between success and failure. T...

How would you change Toshiba's Satellite U845?

We feel for engineers who have to build budget machines. After all, with a limited component budge...