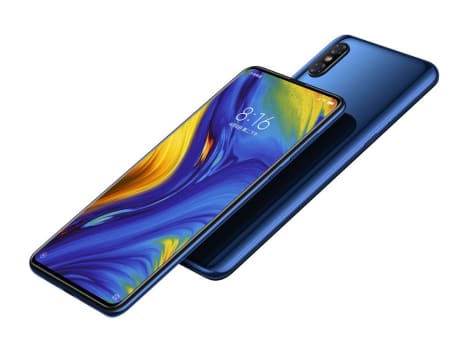 It was a little over a year ago when I bumped into Xiaomi president Lin Bin at his flagship store in Beijing. Pointing at the then-freshly launched, near-bezel-less Mi Mix 2, Lin asked me, "Are you fine with having the front camera in the chin [in order to avoid the notch]?" My short answer was yes, even if that meant I had to rotate the phone for better selfies.

Still, Xiaomi would eventually cave in by adding a notch to the Mi 8 series. Soon afterwards, though, Vivo and Oppo surprised us all with their all-screen smartphones. Not to be outdone by its local rivals, Xiaomi (and also Honor next week, for that matter) is striking back with its Mi Mix 3, a notch-free all-screen device that relies on a sliding screen instead of a pop-up camera. And yes, you still get a ceramic back for that extra premium look and feel.

By R. Lai,   10.25.18
Share
Tweet
Share
View
84
Average Critic Score
Critic Reviews 10
80
Pocket-Lint
The slider phone has arrived
This phone is different; it's interesting, powerful and offers a distinctive, nearly bezel-free design with great screen quality. You get a lot of phone for your money, although it's hard to recommend above and beyond some more conventional rivals, as its slider mechanism doesn't really add that much and the selfie camera quality is poor.
Read Full Review
80
ZDNet
A modern-day slider phone with dual front cameras
The Xiaomi Mi MIX 3 is an impressive mid-range handset with a near-bezel-free screen thanks to its front camera slider. However, the phone is slippy to grip, and I worry that the camera area might get dusty over time or be a point of entry for moisture.
Read Full Review
See All Critic Reviews
0
Average User Score
User Reviews 0
See All Reviews