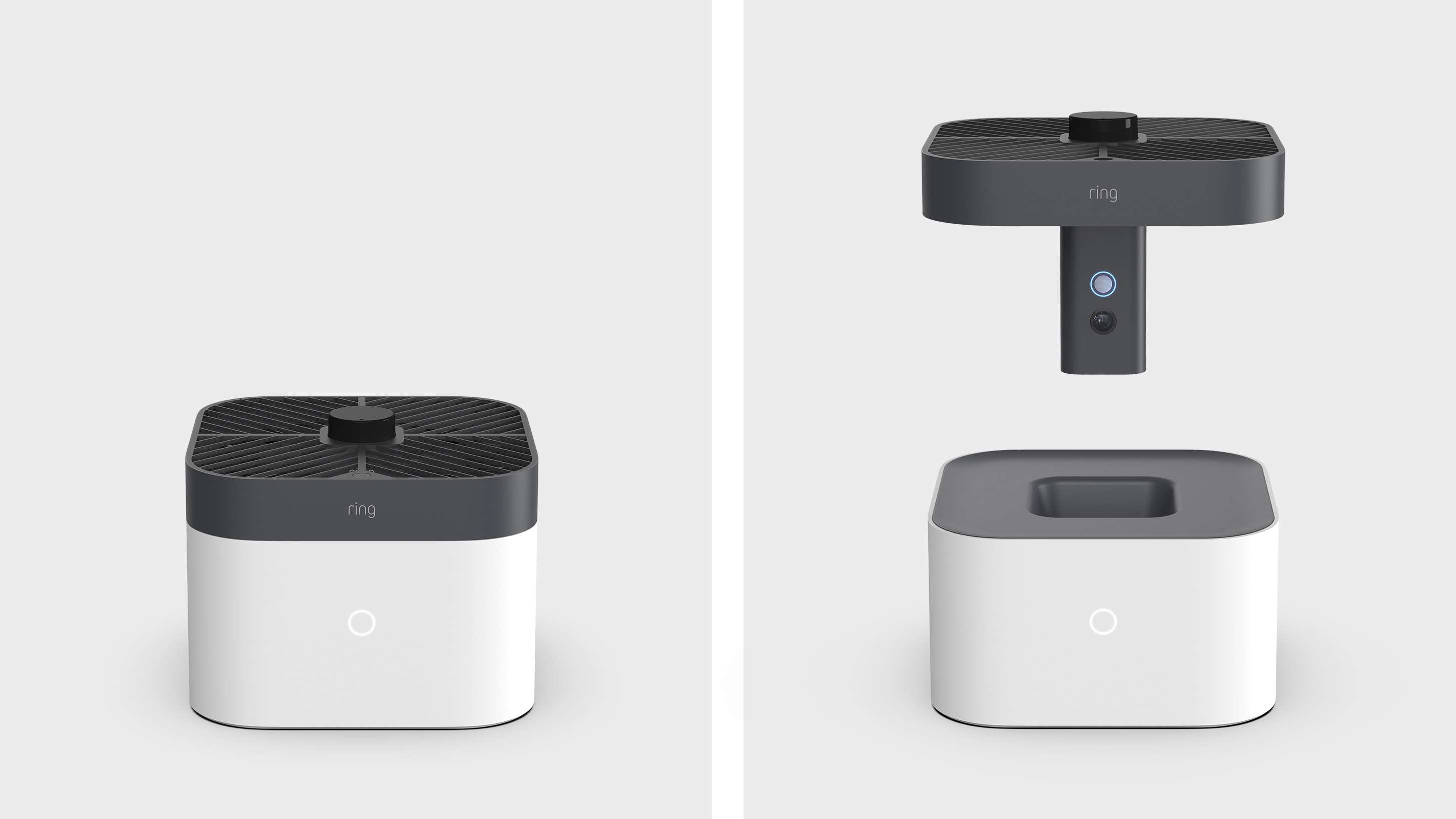 Ring knows that there are only so many places in your home that you want to permanently put a camera, and sometimes that isn’t enough. That’s why the company is building the Ring Always Home Cam, a small drone that can patrol from room to room and keep watch over your stuff. As well as offering an extra layer of security, you can use the device to check specific worries, like if you left a window open or the burners on.

Naturally, the Always Home Cam integrates with the wider Ring ecosystem, and will fly a patrol whenever its sensors are triggered in Away mode. You won’t be able to manually control the craft, but can watch it go about its business on a live feed via the Ring app. That way, you’ll have fair warning should somebody wander in to your apartment when you’re out at the grocery store.

Building the drone was “no mean feat,” according to founder Jamie Siminoff, adding that it was a challenge to integrate Ring’s software and hardware teams to pull this off. The blades are shrouded and Ring says that its collision-avoidance technology is good enough to zoom around the tight spaces of your home. In addition, the drone only flies on preordained flight paths, reducing the risk of you driving it into a wall.

This year, Ring has come under enormous scrutiny over its privacy practices, something that it wanted to address when announcing the Always Home Cam. As part of this, the drone is designed to hum loudly while in flight to warn people that it’s filming, and when it docks, the camera is obscured by the base station.

Amazon isn’t the first company offering home-patrol drones, although it may be the most accessible. Sunflower Labs, at the start of this year, showed off a $10,000 drone that could monitor the outside of your home. Thankfully, Ring’s version will only cost $250 when it goes on sale in 2021.

At the same time, Ring also wants to protect your mail with the imaginatively titled Mailbox Sensor, which attaches to your mailbox. The unit, which sits inside the door, will detect motion and alert your phone when you know that mail has been placed inside. Unlike the other products Ring announces today, it’ll be available to pre-order on October 8th, setting you back the altogether reasonable price of $30.

In this article: Amazon, amazon2020, Security, Ring, Home, Drone, news, gear
All products recommended by Engadget are selected by our editorial team, independent of our parent company. Some of our stories include affiliate links. If you buy something through one of these links, we may earn an affiliate commission.