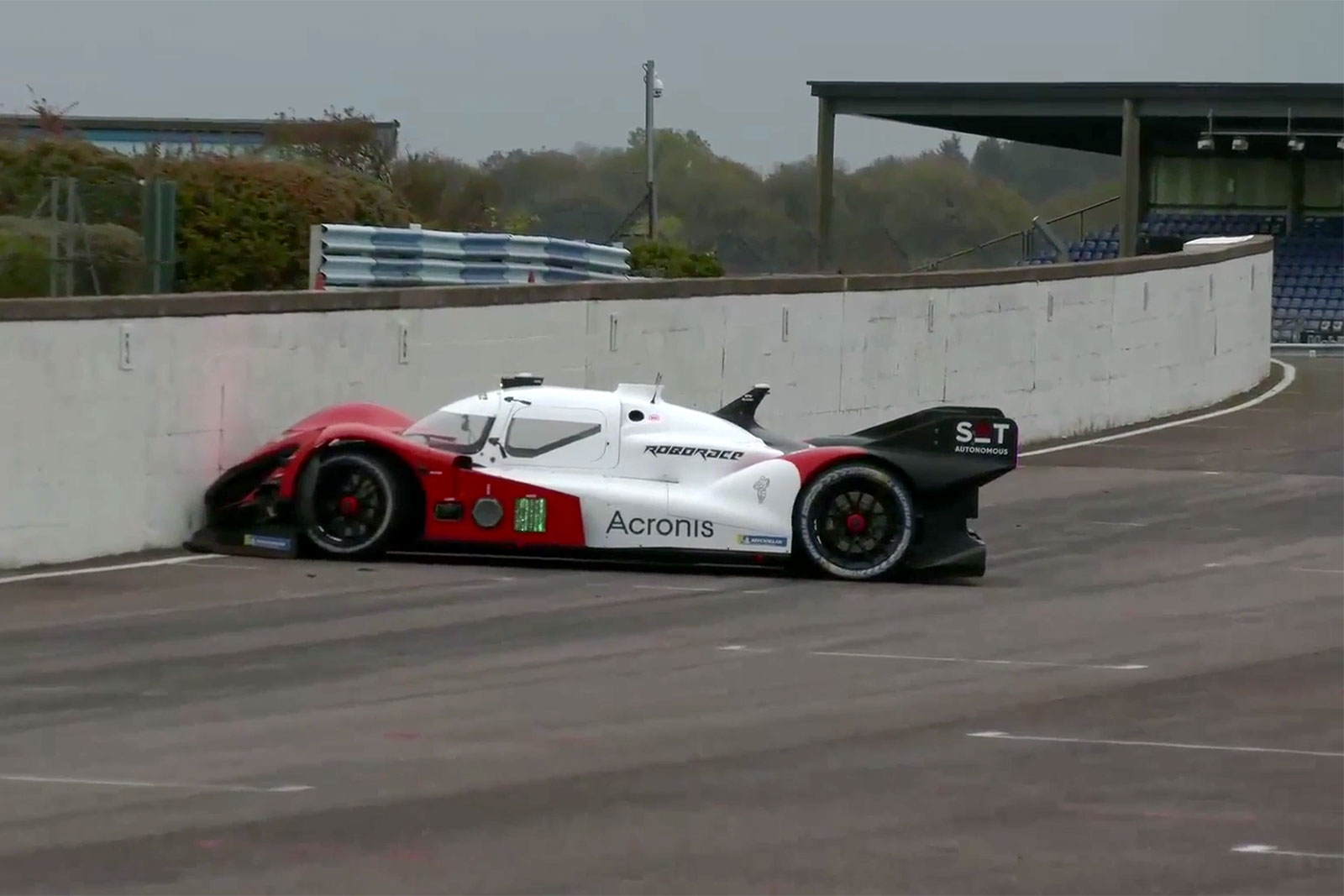 Robots still have some trouble handling the basics when put to the test, apparently. Roborace team SIT Acronis Autonomous suffered an embarrassment in round one of the Season Beta 1.1 race after its self-driving car abruptly drove directly into a wall. It’s not certain what led to the mishap, but track conditions clearly weren’t at fault — the car had been rounding a gentle curve and wasn’t racing against others at the same time.

It wasn’t the only car to suffer a problem, either. Autonomous Racing Graz’s vehicle had positioning issues that got it “lost” on the track and cut its race short. The race was still ongoing as we wrote this, so it’s not certain how many of the three remaining competitors were going to pass muster.

It’s more than a little amusing to watch a robotic car make an unforced error, but this also illustrates the challenges of putting AI on a real racing circuit. Unlike road-oriented driverless cars, racers have to routinely navigate at high speeds where there’s less time to make decisions and react to hazards. That’s what Roborace’s initiative is trying to address, though — teams ideally learn from snafus like this and improve their AI to the point where it can gracefully run laps without making the garage crew nervous.

In this article: roborace, AI, artificial intelligence, robots, robot, racing, motorsport, acronis, SIT, video, news, gear
All products recommended by Engadget are selected by our editorial team, independent of our parent company. Some of our stories include affiliate links. If you buy something through one of these links, we may earn an affiliate commission.