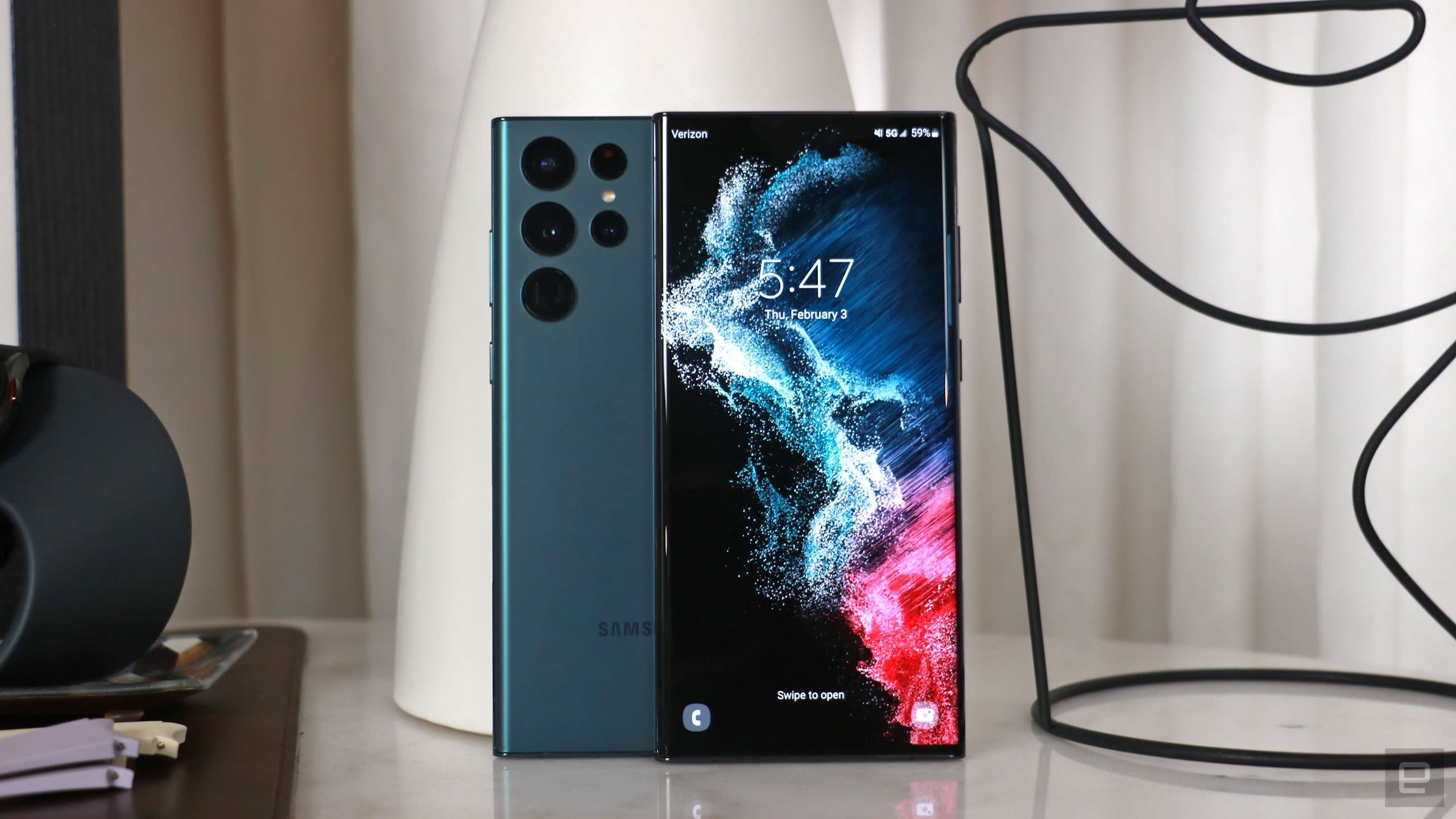 While the box might say Galaxy S, don’t get it twisted: The Galaxy Note has returned.

The brand new Galaxy S22 Ultra looks like a Note. It has a built-in S-Pen like a Note. It even has a huge, high-res display like a Note. And after I went hands-on with this thing, even though it doesn’t say Galaxy Note anywhere on the box, make no mistake, the S22 Ultra is the Note reborn.

Now I admit Samsung’s naming scheme might seem confusing at first, but it’s clear Samsung has embedded the Note’s DNA throughout the $1,200 S22 Ultra’s design and software. And with Samsung having added S-Pen support to various Galaxy S, Z Fold and Tab S devices in recent years, it makes sense that it's now expanding the Note brand from a single device into more of an experience.

But most importantly, aside from the super-premium Z Fold 3, the S22 Ultra very much feels like the huge over-the-top handset that power users have been looking for since the Note 20 Ultra came out a year and a half ago. For starters, its angular body separates the S22 Ultra from its smaller, curvier siblings–a theme that continues to the backside of the phone. Instead of Samsung’s typical Contour Cut design, the S22 Ultra has four distinct rear cameras (wide, ultra-wide, a 3x telephoto and a 10x telephoto), not to mention a dedicated laser autofocus module.

From a pure hardware perspective, it’s a brawny camera array with Samsung once again offering its 100x Space Zoom tech (10x optical zoom plus 10x digital zoom). And when it comes to processing, the S22 Ultra steps up from the tetra-binning technique used on the standard S22 and S22+ to a nona-binning system (which Samsung first explored on the S20 series) for its 108-megapixel main cam, which combines nine adjacent pixels into one giant pixel for even more powerful low-light performance.

And while my short time with the S22 Ultra didn’t really let me evaluate the phone’s image quality in full, I was definitely impressed by Samsung's upgraded OIS and its new Auto Framing video feature, which was able to track my colleague Cherlynn’s face, despite her best efforts to duck in and out of the frame.

Additionally, for people who love Portrait mode shots, the S22 Ultra gets a new AI Stereo Depth Map feature that helps separate your subject from the background, which provides even more freedom to play around with bokeh and various studio lighting effects. And for both the S22 and S22 Ultra, there’s even a new Expert RAW app that supports 16-bit photos while giving you more control over settings like white balance, exposure compensation and more. Unfortunately, because the Expert RAW app isn’t available yet, we’ll have to wait until our review to test it out for real.

Meanwhile, the addition of a built-in storage slot for the S Pen really completes the transition Samsung started last year on the S21 Ultra. All your traditional S Pen apps are there, and when you’re in a rush, you can simply pop out the stylus and get to writing thanks to Samsung’s Screen Off Memo feature. And, to my surprise, Samsung has managed to make writing on the S22 Ultra feel even smoother than before, thanks to a new predictive AI system that lowers the stylus’ response time from 9ms to just 2.8ms.

At this point, any semblance of input lag has been completely obliterated, and I also noticed that Samsung’s palm rejection seems to have gotten smarter too. For me, a Z Fold3 owner, even though it's nice having S Pen support baked in on a device with an even larger display, the S22 Ultra still feels like the superior sketching and note taking device. The S Pen is always there when you need it, and you don’t have to fumble around opening the device anytime you want to jot down or sketch a random idea.

And let’s not forget the display, because instead of the FHD+ panel you get on an S22 or S22+, the S22 Ultra features a 6.8-inch QHD+ OLED screen with a variable 120Hz refresh rate. And honestly, it’s just mesmerizing to look at. Colors look almost effervescent, with peak brightness now going up to 1,750 nits in the right conditions (like outdoors in direct sunlight). And by decreasing the display’s minimum refresh rate to just 1Hz, we should see some benefits to battery life too.

Finally, in keeping with the Note line’s historically lofty specs, the S22 Ultra is packed with practically every high-end component you can think of, including a Qualcomm Snapdragon Gen 1 chip (or an Exynos 2200 throughout most of Europe and Asia), 8GB or 12GB of RAM, up to 1TB on onboard storage and IP 68 dust and water resistance. But no headphone jack or microSD slot.

Even the S22 Ultra’s battery and charging is maxed out, with Samsung including a 5,000 mAh power pack, support for 45-watt wired charging and 15-watt wireless charging, in addition to Wi-Fi 6E, 5G connectivity and an ultrasonic in-screen fingerprint sensor.

But for me, the most encouraging thing about the S22 Ultra is that after not getting a new Galaxy Note last year, Samsung’s latest top-of-the-line handset combines the best of both the Galaxy S and Galaxy Note lines. You get a massive 10x optical zoom paired with a built-in S Pen and basically non-existent input lag in a refreshingly boxy body. Not only does the S22 Ultra have the specs you want, but it looks the part too. Sure, Samsung may have skipped a year, and the name might seem a bit awkward at first, but in the S22 Ultra, the spirit of the Note is very much alive.

The Galaxy S22 Ultra starts at $1,200 and is available for pre-order today with official sales slated for February 25th. And for those who pre-order, Samsung is offering a free upgrade to the next storage tier, $200 of credit on Samsung.com, and a 25 percent discount towards the purchase of a new Galaxy Tab S8.